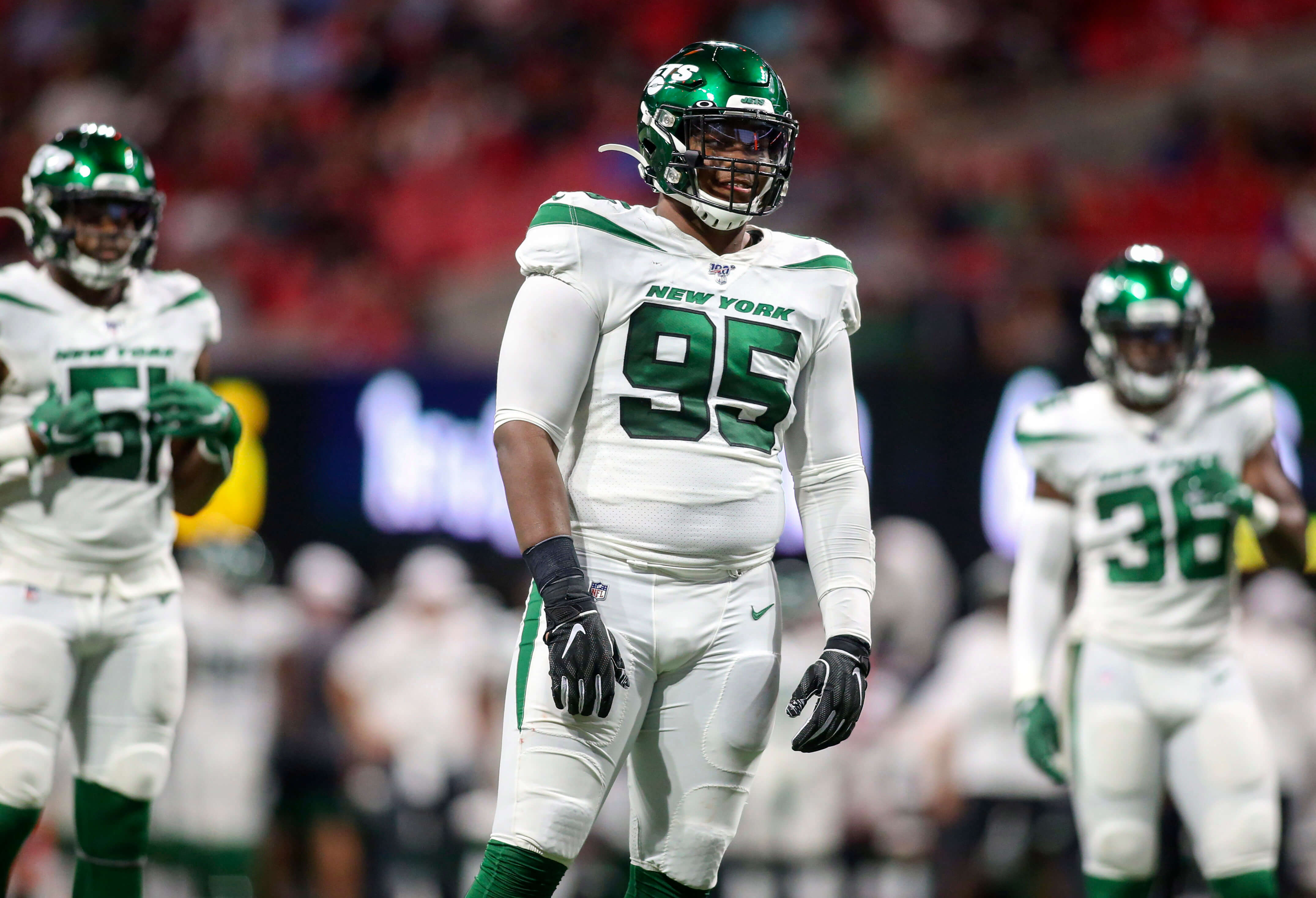 As the season looms, I decided to take a deep dive into each New York Jets position group within the organization and grade each group. Today’s group is one that is full of talent from top to bottom. From vets to high potential young pieces, this group is not about the individuals but rather the collective unit itself. Gregg Williams is a mastermind in defensive line rotations, and that showed last season. With one of the top rushing defenses in all of football, this group will be graded as a unit rather than as individual pieces. So without further ado, let’s take a closer look at the defensive line.

The New York Jets have one key leader up front. Steve McLendon has been a consistent captain and leader in the Jets locker room. His presence is felt on the field as a run stuffer and a consistent force up the middle. He’s one of the most consistent nose tackles in the league, and I expect that to continue this season. Henry Anderson had a breakout season after being acquired from the Colts two years ago. Now, this could very well be his last season donning the green and white. Last season was a quiet year for Anderson, and if he can’t establish more of a presence, he will have a lessened role quickly. Quinnen Williams is the key x-factor of this front seven as a whole. Williams is no longer the baby he was in his first year. Williams looks more athletic and sounds more confident. He had a great camp, and I’m expecting a breakout year from the former 3rd overall selection.

This group is one that is crucial to the defensive line’s success as a whole. All five guys are expected to play a role in the rotation immediately. Myers had an impressive camp and earned a roster spot, so it’ll be intriguing to see what kind of role he has early. Fatukasi and Phillips are two starting-caliber linemen who had phenomenal years last year. Both men established themselves as two of the most talented young pieces on the defense. Fatukasi is the likely successor to McLendon and Phillips to Anderson. Both guys will look to continue their success in 2020. Shepherd was a highly touted selection from Canada during the former regime’s run. Todd Bowles could never really find a role with him, but the same can’t be said about Williams. Shepherd has role fairly quickly as a rotational end, and I expect him to continue to grow in that spot in 2020. Willis is in a similar spot to Phillips last year, where he will need a strong season to earn a spot in the rotation, but that’s entirely plausible.

As I’ve said, individually, I’m not going to rave about any one piece of the puzzle. When put together, though, with the magic of Williams, this unit is incredibly talented. I fully expect them to take a step forward this year with growth from Quinnen, Fatukasi, and Phillips. I ultimately believe those three will be the key pieces of this line for the next few years. I’m excited for this group, and I’m glad that this is the one group I’ll probably give an A to of all the groups in New York. 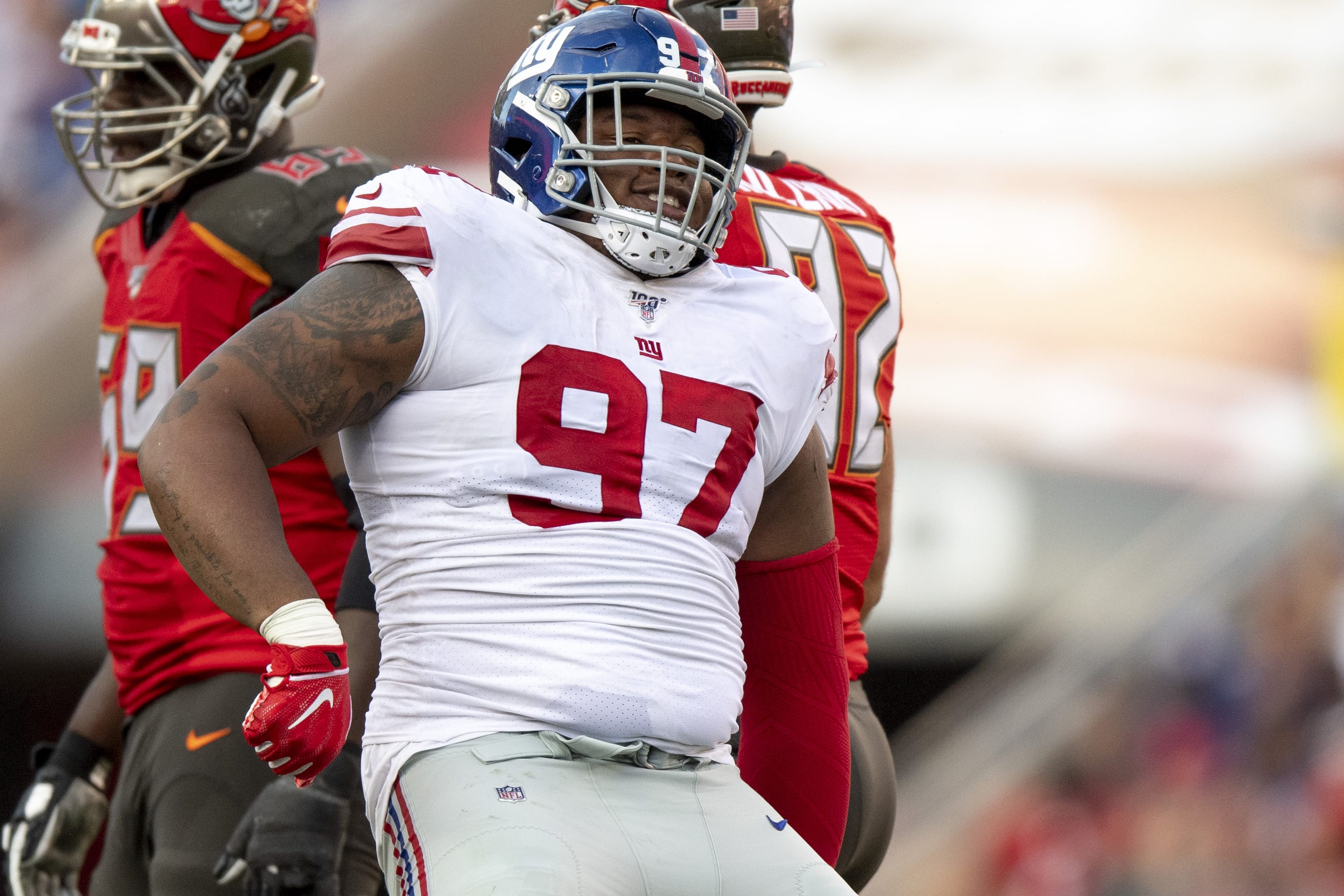 This long list of investments has paid off for the Giants. Their defensive line is loaded with talented players entering 2020. The Giants’ defensive line could be dominant in 2020. But the most exciting player in this position group is Dexter Lawrence. Lawrence was a first-round pick for the Giants just last year but he already looks like one of the team’s best players.

Why Dexter Lawrence Will Break Out This Year

Dexter Lawrence was great as a rookie in 2019. But he will be even better in 2020. Last season, Dexter Lawrence played and started in all 16 games, totaling 38 combined tackles, 3 tackles for loss, and 2.5 sacks. Dexter was an underrated pass-rusher coming out of college, and he definitely flashed some potential as a pass-rusher last season.

Lawrence uses his ginormous stature to dominate in run defense. Last year, Dexter was logged in at 6 feet 4 inches and 340 pounds. But according to the man himself, that will not be his playing weight in 2020. Losing weight was something Lawrence focused on this offseason:

“I got a personal trainer, we focused on eating, portion control, I got a chef. I didn’t really like my build last year (when his listed weight was 342 pounds). This year I tried to focus on losing a little bit of weight just so I can be better on the field. I’m out there running a lot better than I did last year. That’s just the goal for me each year. Feel better and be better.” – Dexter Lawrence via Giants.com 8/18/20

This is potentially big news for Dexter Lawrence. Being lighter on his feet will allow Dexter to improve as a pass-rusher. It could also improve his stamina and make him more efficient in the fourth quarter, something he mentioned to the media. Dexter Lawrence will break out in 2020 with a leaner build and improved skills with a season of experience under his belt.