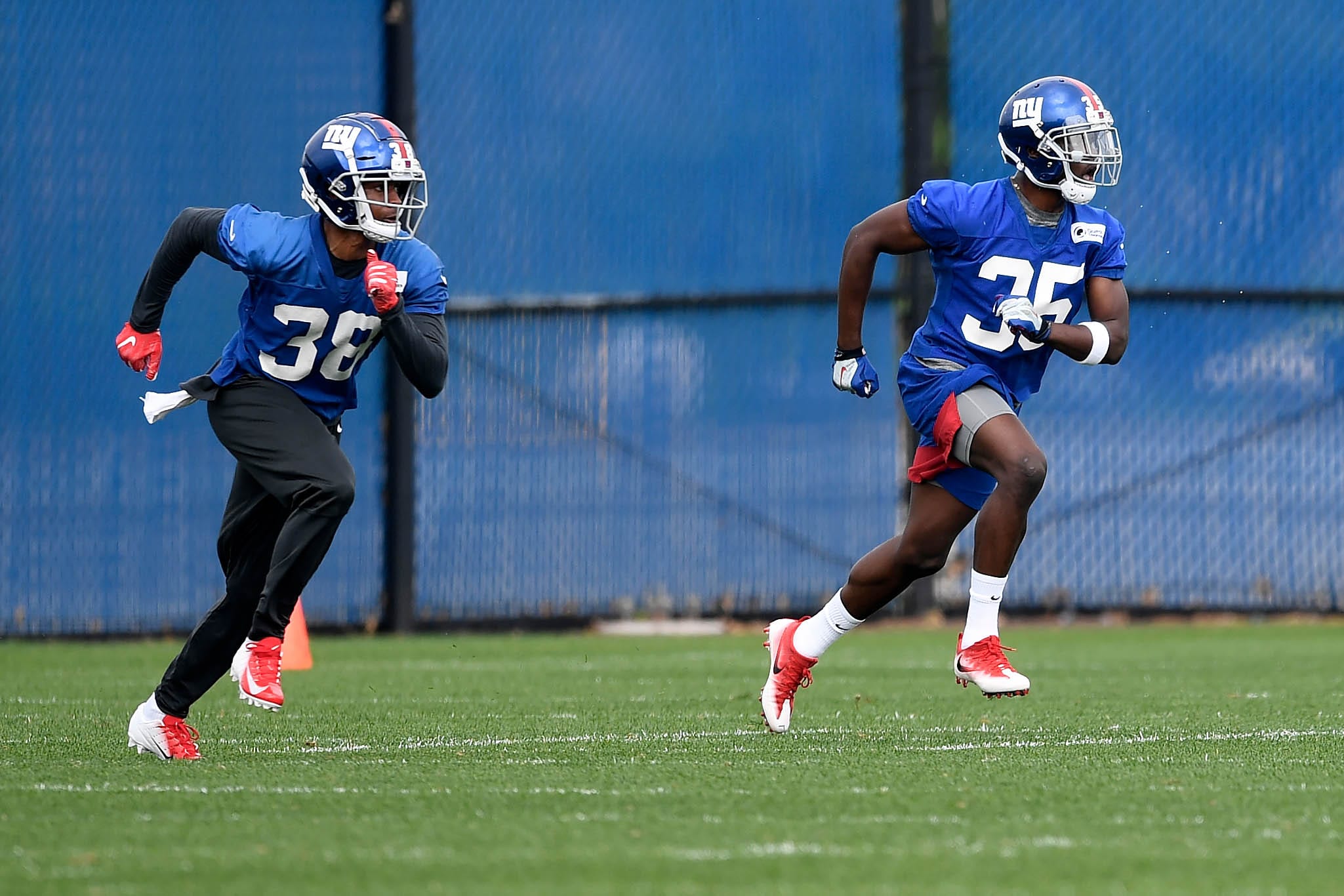 One of the more underrated position battles of the 2019 offseason might come at the cornerback position for the New York Giants. If the first day of OTAs had any indication of what the Giants’ mindset is going into the start of full-team practices, it’s that second-year corner Sam Beal has claim to the first-team reps.

Beal was a Supplemental Draft selected in 2018, finishing the year on injured reserve after succumbing to season-ending surgery before the regular-season even began. An unfortunate circumstance for Beal, despite the team, knowing about the ailment prior to drafting him.

However, Beal is a feisty corner with solid instincts. He’s not the fastest defender on the field, but he’s pesky and will play tight in man-coverage. He had a solid first day of OTAs on Monday, securing an interception and nearly coming up with a second off Eli Manning.

First-round pick, DeAndre Baker, started OTAs with the 2nd-string team. This was surprising as Beal and Baker theoretically have the same amount of NFL experience given the former’s injury.

“Beal looked pretty good, he has to get his seas legs a bit, but he looked good.”

This is very good news for the second-year player, given he’s coming off a significant injury and surgery. This presents a big challenge for Baker, one that some did not anticipate given his quality at Georgia and tenacity in coverage.

What does DeAndre Baker bring to the Giants?

Big Blue is getting a potentially premium corner in Baker, the top-ranked player at his position from the 2019 NFL Draft. The Giants moved up into the first-round from the 37th pick to grab him.

Last season, he tallied nine passes defended, two interceptions, and one forced fumble. He’s a physical corner that can match up with any wide receiver. He has elite speed and man-coverage capabilities. The expectation is that he will secure the No. 2 corner spot opposite Janoris Jenkins, but Beal has certainly shown he can provide competition in a limited sample size. 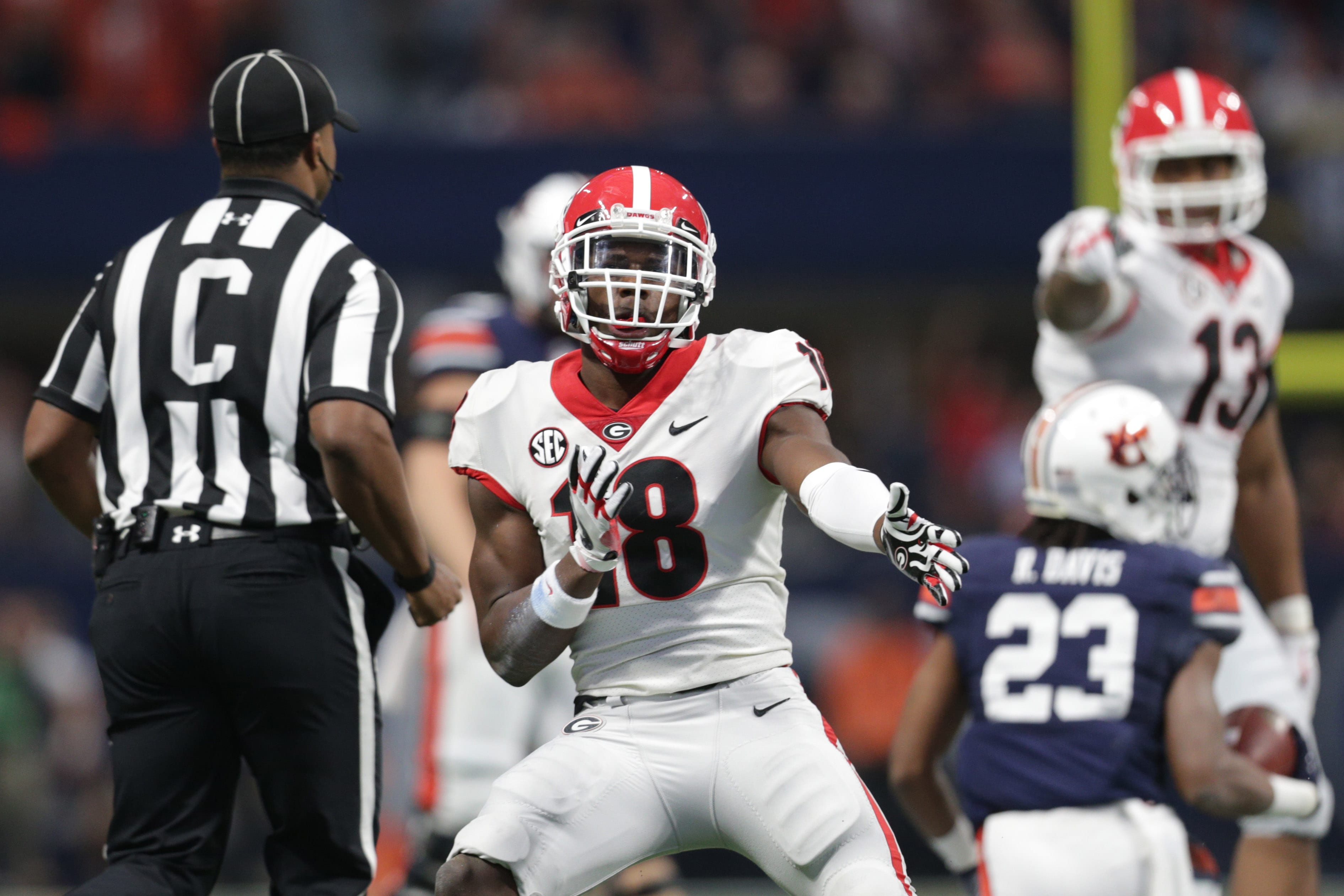 Aside from finding a quarterback and improving a defensive line that desperately needs help after finishing near the bottom of the league in sacks, one of the goals the New York Giants went into the 2019 NFL Draft with was finding help for the secondary which would enter the offseason looking quite thin. The Giants weren’t deep at cornerback last year and the departure of Landon Collin doesn’t help their case either.

But at the corner position, the team received significant help through the draft with the additions of Georgia corner Deandre Baker and Notre Dame DB Julian Love, both of whom are players that many think were undervalued by teams other than the Giants. The team thought high enough of Baker to trade back into the first round for him after spending their first two picks addressing other positions, and that move could pay off well if Baker is able to make an impact early in his career.

So far, all signs point to that being the case. Draft analyst Mel Kiper has a high opinion of Baker, stating so in a piece or ESPN. Here’s what Kiper had to say about the pick:

He is the most pro-ready of the top group of cornerbacks in this class, and he can be a legitimate No. 1 corner. He’s going to play early and often for a New York defense that allowed 61 receptions of at least 20 yards last season, the second-most such passes in the league.

Kiper also states that while Janoris Jenkins is the number one corner going into the year, there’s not yet a clear cut answer for the number two spot and that Sam Beal will likely compete for it along with Baker, Love, and Corey Ballentine. That youth in the secondary is something that could either turn out very well or very bad for the Giants depending on just how quickly the rookies adapt to the league.

However, they do have one thing that they didn’t have going into last year: a hopeful outlook and massive potential for the future. 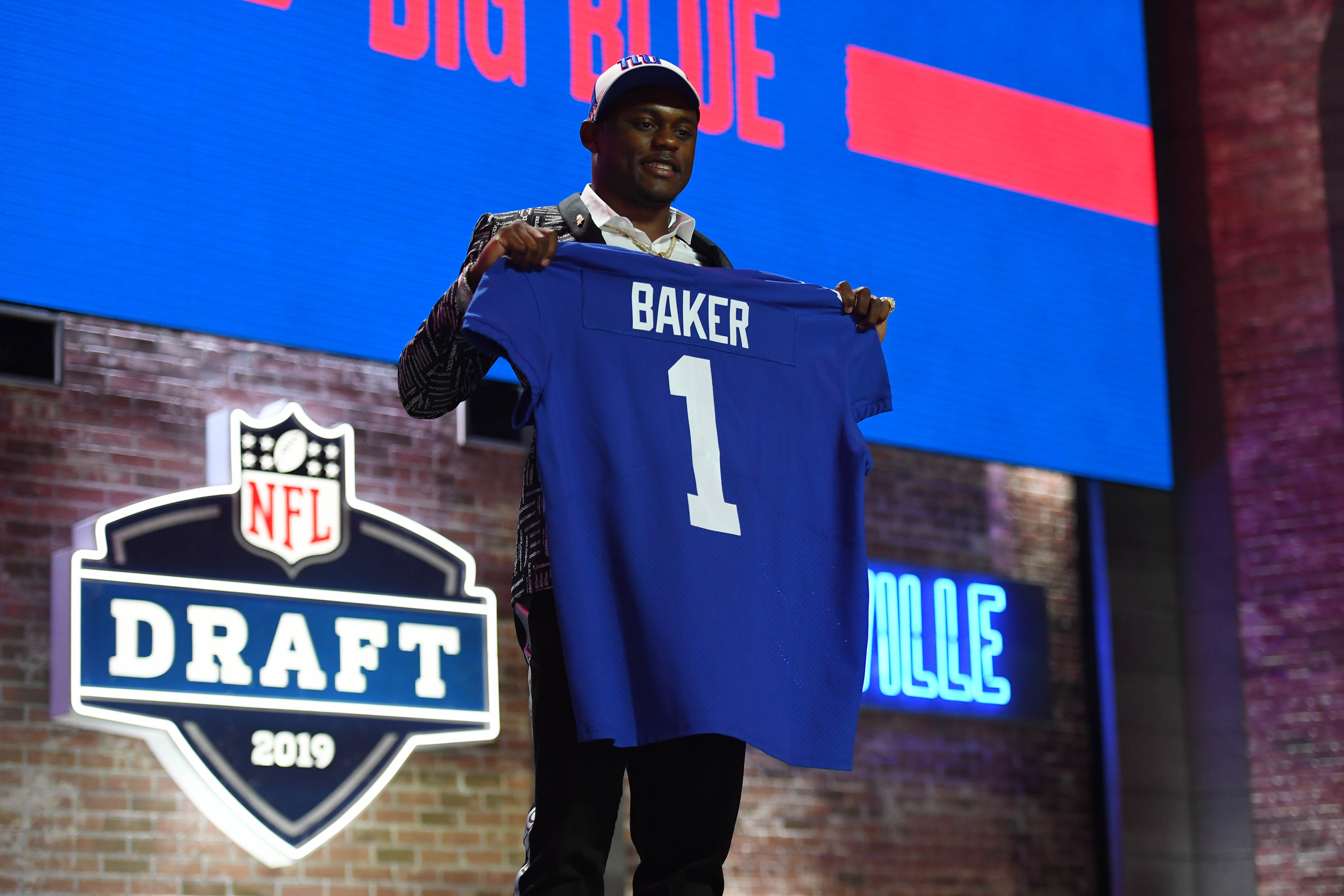 The New York Giants are coming off an important and controversial 2019 NFL Draft. Their rookie class features a lot of defenders, but also a quarterback whom they took with the 6th overall pick, Daniel Jones.

Fans are excited to see these players get in action. Luckily, the fans will not have to wait much longer. The Giants are beginning their rookie minicamp today, Friday, May 3rd. It is a two-day camp so it will run through Saturday, May 4th.

Daniel Jones, the 6th overall pick out of Duke will be wearing number 8 with the New York Giants. In college, Jones wore number 17, but that number is already taken by Kyle Lauletta.

Of course, these numbers are subject to change. Nothing is final, so if Lauletta is moved off the roster prior to the regular season, Jones could get his number 17 back.

Daniel Jones is the heir apparent to the Giants’ quarterback position. Number 10 has become an iconic number for the Giants with Eli Manning’s historic career. Let’s all hope that we have the same feelings about number 8 at the end of Daniel Jones’s career (unless Jones switches numbers prior to the start of the regular season).

The 17th overall pick in the 2019 NFL Draft, Dexter Lawrence, will be wearing number 97 at the rookie minicamp. Lawrence was the Giants’ second pick in the draft.

At Clemson, Lawrence wore number 90. Number 90 is already taken by another young interior defensive lineman, R.J. Mcintosh. Mcintosh was drafted in the 5th round of the 2018 NFL Draft.

DeAndre Baker was the Giants’ third pick in the first round. They selected him with the 30th overall pick. DeAndre wore number 18 in college, but in the NFL, defensive backs are not allowed to wear that number. So, instead, Baker will wear number 35.

Number 35 was worn by safety Curtis Riley last season. Riley was not a well-liked player by Giants fans. Hopefully, DeAndre Baker can change the way we view number 35.

The Giants did not have a 2nd-round pick, but they were lucky enough to have X-man fall to them at the end of the 3rd-round. Oshane Ximines will wear number 53 for the Giants at rookie minicamp. Ximines wore number 7 in college, but that is obviously an invalid number for linebackers in the NFL.

Number 53 is a special number to many Giants fans. Hall of Fame linebacker Harry Carson wore number 53 with the New York Giants. Oshane Ximines will have big shoes to fill with this number. Many fans believe this number should be retired, so Ximines will need to prove to fans that he is worthy of number 53.

In the 4th-round of the draft, the Giants got an absolute steal. They selected the underrated cornerback Julian Love out of Notre Dame. Love is considered by many to be a 2nd-round talent, so the Giants were lucky to land him in the 4th round.

Love wore number 27 in college, but that number is already taken by Michael Hunter. Love will still get to rock his number 7, but with a 3 in front instead of a 2.

Ryan Connelly was drafted by the New York Giants in the 5th round of the 2019 NFL Draft. The former high school quarterback will wear number 57 with the Giants. His collegiate number, 43, is already taken by Ronald Zamort.

The Giants drafted wide receiver Darius Slayton in the 5th round. He was their second 5th round selection in this year’s draft. Slayton will wear number 86, despite his collegiate number 81 being available.

The versatile cornerback/safety Corey Ballentine will don the number 25 with the Giants. He wore number 1 at Washburn, but that is another number that cannot be worn in the NFL at Ballentine’s position group.

Big George was the Giants’ first 7th round pick. George has received a lot of hype from Giants fans as he was the only offensive lineman taken by the Giants in the 2019 NFL Draft. Fans have high hopes for Big George, as we all look forward to seeing him compete for the starting right tackle job.

An interesting thing to note: not a single 2019 Giants draft pick will wear the number they wore in college at rookie minicamp.

Camp numbers for the '19 Draft Class‼️

(not official until regular season) pic.twitter.com/bvy45PRo7s