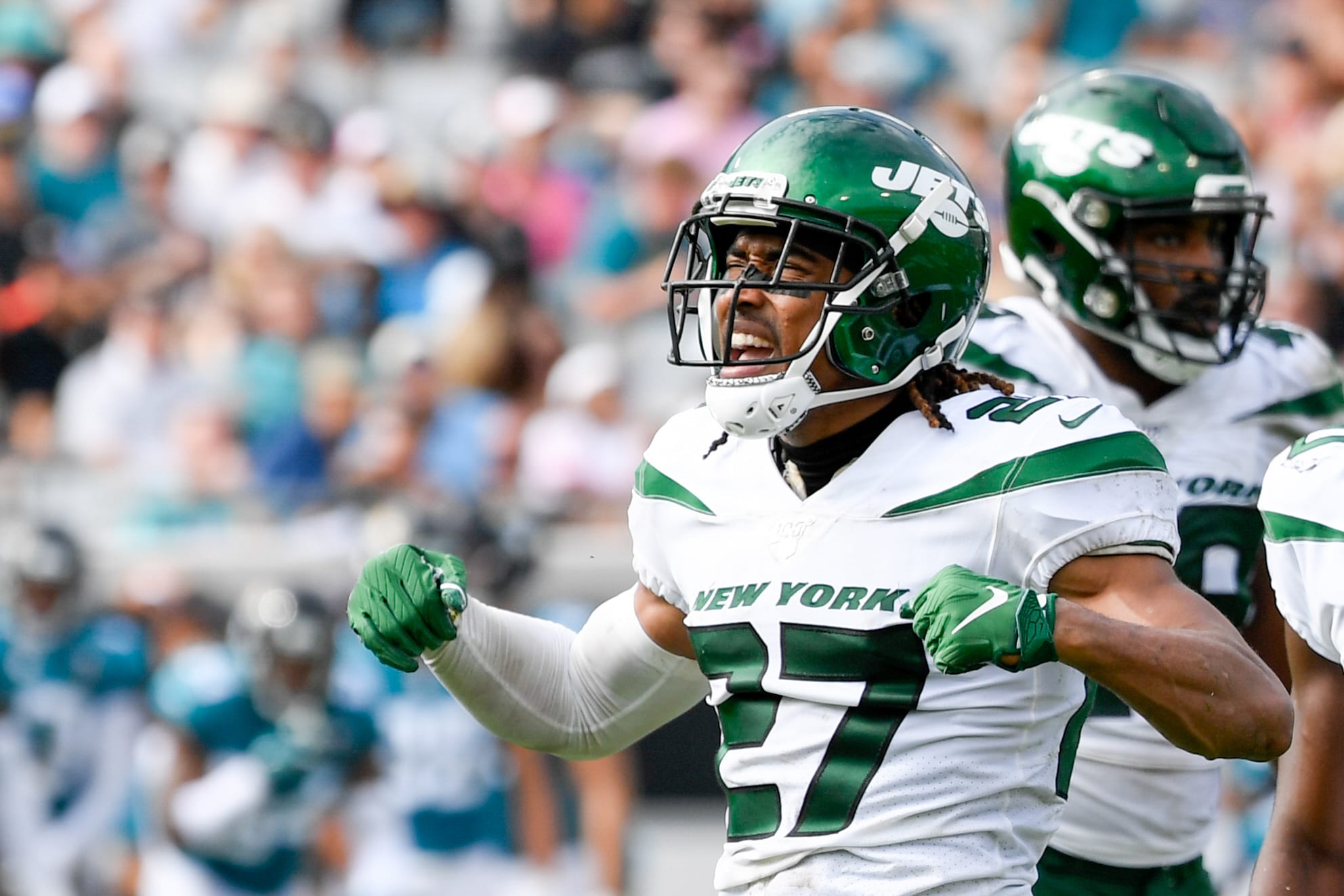 The New York Jets‘ pass defense is playing better than any time in the past two years. They can’t allow Darryl Roberts to ruin that.

The Jets’ pass defense has been on a tear since Bless Austin and Arthur Maulet took over as a tandem. The two first played together as the primary outside CBs at the beginning of the second half of the New York Giants game. Since then the Jets have allowed just 228 passing yards per game, on 57.6% completion, for four passing TDs. The Jets’ pass defense has also forced two INTs and eight fumbles, only two of which were recovered by the Jets. Meaning the Jets have forced as turnovers in pass defense as TDs allowed.  If that was extrapolated over the full 11 game season the Jets would have allowed 15 TDs and 15 turnovers.

To put into perspective how dominant those numbers are here’s how they would rank league-wide if the Jets played this well over the course of the full season:

11th in passing yards per game
2nd in completion percentage allowed
T10th in Passing TDs allowed
The Jets would join the other nine teams in the NFL who have at least as many takeaways as passing TDs allowed. Those teams have a combined record of 72-29.

Bless Austin and Arthur Maulet have been a revelation. They have helped turn the Jets from one of the worst pass defense teams in the NFL into one of the ten best in the league, that’s a huge deal. There isn’t any reason to replace either in the lineup right now. Especially when the guy coming back is Darryl Roberts.

Robert had been a career backup before playing relatively well in place of an injured Trumaine Johnson in 2018. He was quickly moved to safety when Johnson came back and performed very poorly. Still, former Jets’ GM Mike Maccagnan decided to give Roberts a three-year $18 million contract. Thankfully the deal only had $4 million guaranteed so the Jets can cut him at the end of the season at no cost.

Which is exactly what the Jets will do after Roberts’ performance this season. Roberts is allowing 6.9 receptions per game and 74.4 yards per game this season, those rank 74th and 65th in the league respectively.  He’s also allowed six TDs this season, which is 74th in the NFL. Roberts’ 117.5 passer rating allowed is 71st in the NFL.

He’s been absolutely dreadful. Putting him back into the lineup shouldn’t even be a discussion for the rest of the season. He has been thoroughly outplayed by the young tandem of Bless Austin and Arthur Maulet. Those two have left the New York Jets with only one option, bench Darryl Roberts.

Any other decision would be unacceptable based on every measurable metric. 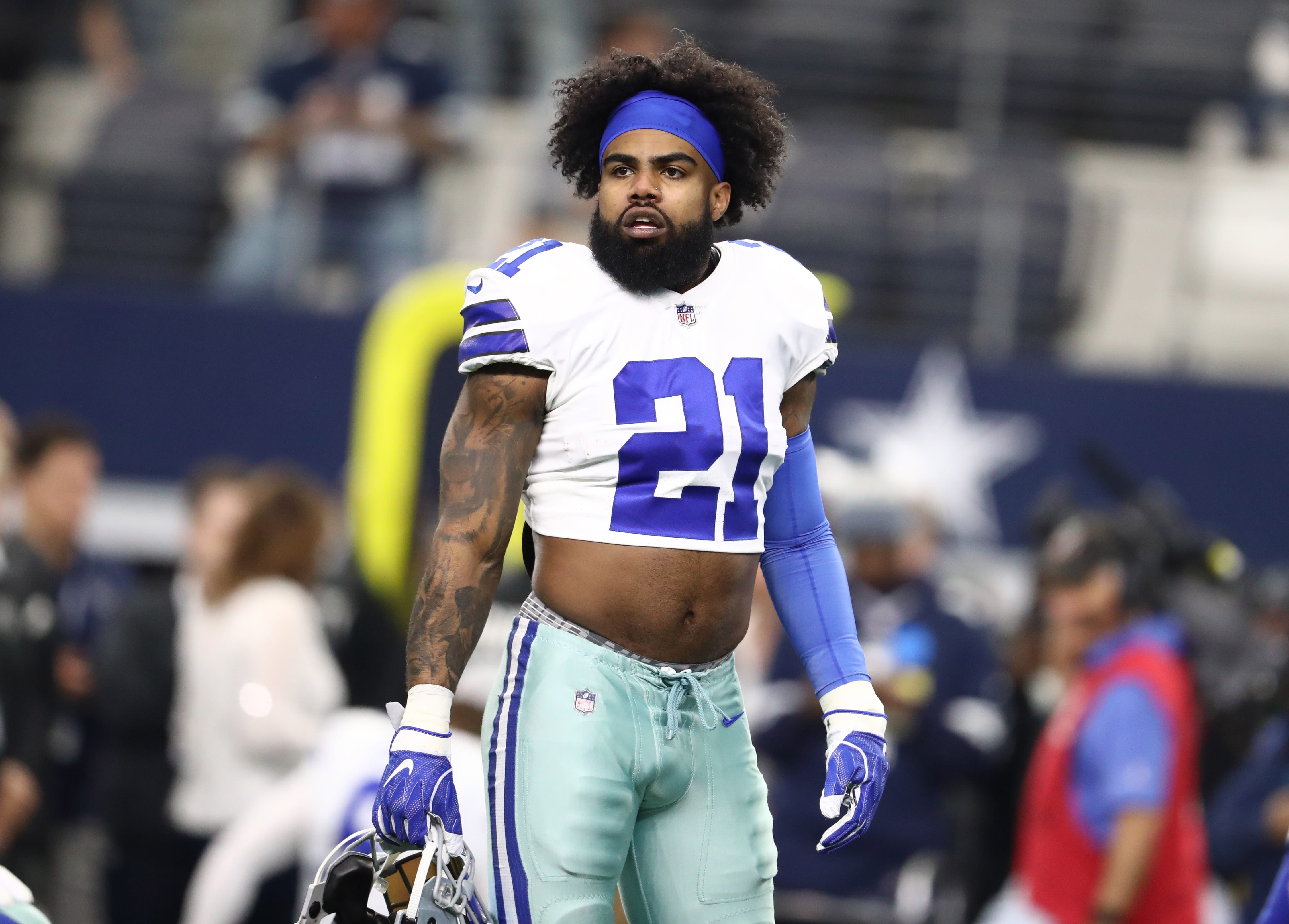 The Cowboys’ defense is young and talented. To go along with that, so much of the preparation and headlines regarding this game have been centered around Sam Darnold and the New York Jets offense. Reportedly Adam Gase hadn’t been using the regular playbook in order to not over expose it without the franchise guy at the helm. Now Darnold is back and the Jets offense is going to be expected to come out and perform a hell of a lot better than they have to this point.

The Jets can win this game on offense by scoring points but the Jets can easily control the momentum in this game with their defense. Their defense will not only get a lift from Sam being back on offense but they also get Jordan Jenkins and Brandon Copeland back. Jenkins and Copeland are both two of the best edge rushers on this squad and their additions will help immediately. The biggest key to this game is going to be controlling the 4 key pieces of the Cowboy offense.

Despite being injured Amari Cooper has been great for the Cowboys this year. He’s been a true number one wide receiver for this squad. The Jets are going to have to find someone capable of covering him in this ballgame. The best case would be a swapping of Hairston, Johnson and Roberts throughout the game. Allowing them to rotate may be able to contain Cooper. The added benefit of his injury will assist the corners to keep up with him.

The big bodied receiver is a huge part of the Dallas offense. He’s a mismatch and hard to cover. Brian Poole has been the Jets most reliable corner this season and I think this should be his matchup all day. Gallup has been able to torch just about every defense since Thanksgiving last year. He’s got it all figured out now and he’s a dangerous weapon. If the Jets can keep him in control that’s huge.

The Jets run defense has been solid and their front 7, despite injuries has been pretty good. This matchup is evidently a rough one but with two of their starting offensive linemen questionable and a solid defense this matchup could be a lot more in favor of the Jets than expected. The key is gonna have to be if Tyron Smith and La’el Collins play. If they don’t then this could be a big thing for the Jets.

Dak is a glorified game manager. However, he’s also a bonafide leader. He’s by far not one of the most talented QBs in the game. His leadership skills and above average skill set make him a good QB. Pressure rattles Prescott and the Jets will be able to apply that this time around. Jordan Jenkins and Brandon Copeland are excellent edge rushers and will hopefully apply pressure and rattle Dak or else it could be a long day.

If the Jets offense is even remotely good and the defense can contain Dallas than this is a game the Jets could fare better in than expected. If the key pieces are electric than it could be a long day. Gregg Williams better be ready because if he and his defense aren’t prepared it’ll be a terrible loss.P 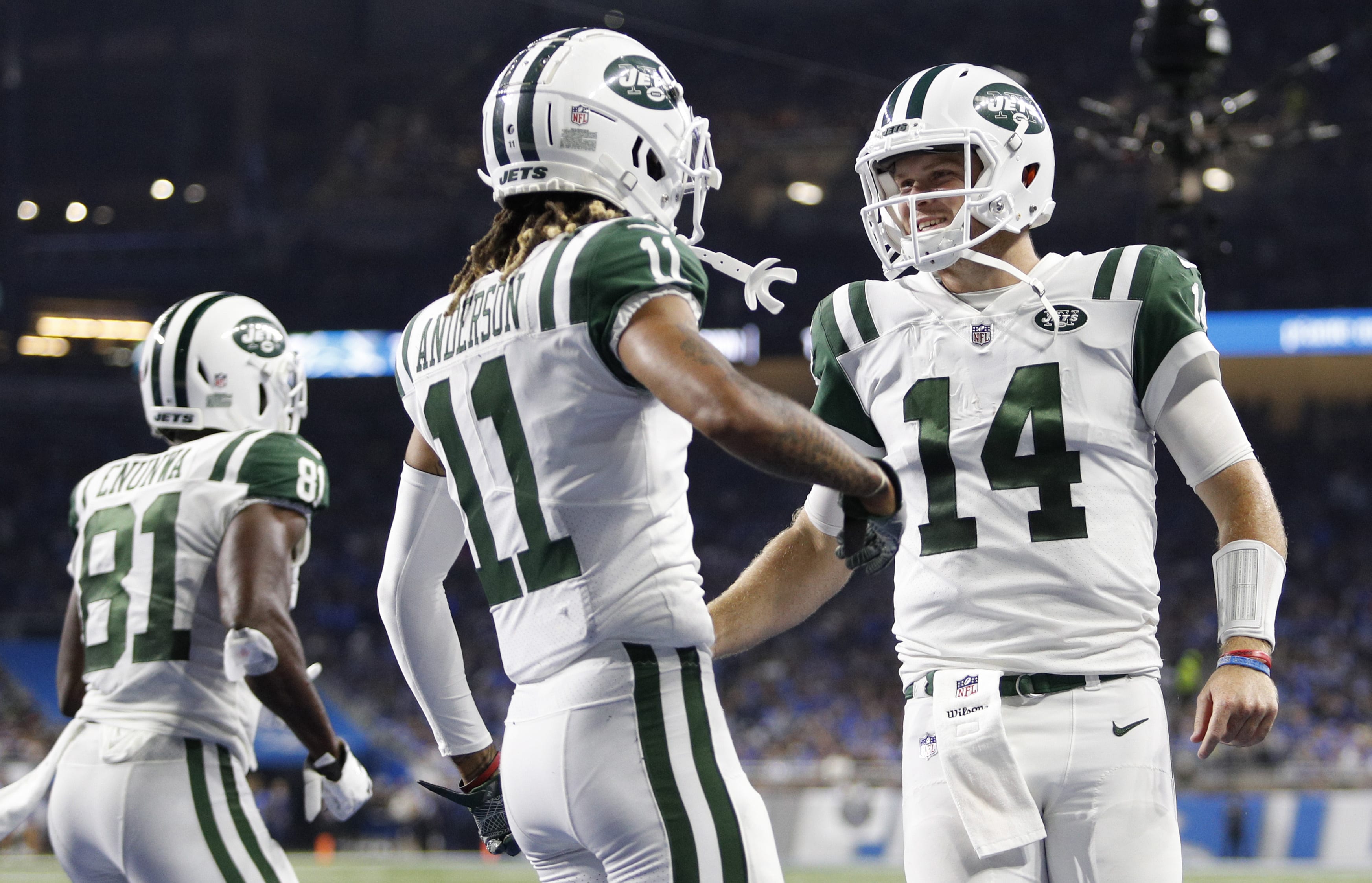 New York Jets Training camp is right around the corner, and there is finally some hope for Jets fans this upcoming season. After a very successful offseason acquiring top tier talent, an offensive-minded head coach, and rebranding the organization, Gang Green is ready to take the next step into becoming contenders and it all starts in training camp.

In order for the Jets to reach their full potential and reach the playoffs for the first time since 2010, they need certain players to step their game up and take the team to the next level.

Here are 6 players to watch in New York Jets training camp this summer:

Robby Anderson has been one of the most underrated wide receivers in the NFL for the past two seasons. With his blazing fast speed, steady hands, and his tall athletic frame he’s quickly become one of the top deep threats in the NFL but is that enough? Anderson is arguably the best receiver on the team, but he hasn’t shown any promise into becoming a number one receiver due to the previous coaching staff.

New head coach Adam Gase has raved about Anderson’s ability to stretch the field and add an element of speed on a team that doesn’t have any other deep threats.

Gase has had a good track record with wide receivers who have game-breaking speed like Robby Anderson, usually turning them into an X factor every Sunday. If Gase’s infatuation with Anderson is real don’t be surprised to see him finally get his first thousand-yard year.

Sam Darnold is entering his second year in the league and has an enormous amount of pressure to take the New York Jets to the next level. The recent trend for successful young quarterback’s in the league has been that in their second year they have breakout years and turn their team to legitimate contenders (e.g. Carson Wentz, Patrick Mahomes, Deshaun Watson, Mitch Trubisky, etc.).

Darnold had an up and down rookie year battling injuries and turnovers but had an amazing final four weeks of the season having the highest grade for a QB on PFF over that span. In order for Darnold to take that next step, the New York Jets must let him air it out downfield and take more chances.

First things first, Le’Veon Bell doesn’t need to step up his game whatsoever he’s a top 5 running back in the league and in my opinion the most versatile offensive weapon in the league. That being said, Le’Veon does have a chip on his shoulder after taking one year off due to contractual reasons with the Pittsburgh Steelers.

Many people have written off Le’Veon Bell as just a product of his offensive line in Pittsburgh. Le’Veon Bell has constantly played in the shadow of other great players such as Antonio Brown, but now the offense will revolve around him and he will make people remember why he is the most dangerous player whenever he steps on the field.

The Jets defense on paper is one of the best in the league and is mostly complete, but their biggest hole is at the second cornerback slot. Darryl Roberts has made quite the career for himself considering that he was a seventh-round pick in 2015 by the New England Patriots and this year he will be battling for the chance to start opposite of Trumaine Johnson.

Darryl Roberts is the most accomplished corner on the team after Trumaine Johnson and signed a three-year extension with the team worth $18 million dollars. The expectations are high for Roberts especially if Trumaine Johnson continues to deal with injuries. Roberts will maximize his potential in Gregg Williams scheme which is infamous for elevating defensive backs games.

This year’s first-round pick Quinnen Williams has some big expectations coming into his rookie year after dominating the SEC for Alabama. The draft hype surrounding Quinnen Williams was unreal, he was even rated higher analytically than his Heisman trophy finalist QB Tua Tagovailoa.

Quinnen was often compared to the reigning Defensive Player of the Year Aaron Donald. Quinnen’s best traits coming out of college were his hands and ability to process what was going to happen before the play even finished. Quinnen Williams could be the star pass rusher that the Jets desperately need and can completely change the outlook of the Jets season by himself.

After Sam Darnold, all eyes on the offensive side of the ball will be set on this year’s starting center Jonotthan Harrison. No one really knows what to expect from Harrison, but after a nice job filling in for Spencer Long the final few weeks of the year there is hope that he can be a solid center. Harrison has shown flashes of being a suitable starter, but the question is can he be consistent with it.

If Harrison can duplicate his play from last year the New York Jets will have a decent offensive line for Sam Darnold and Le’Veon Bell to work with this year.