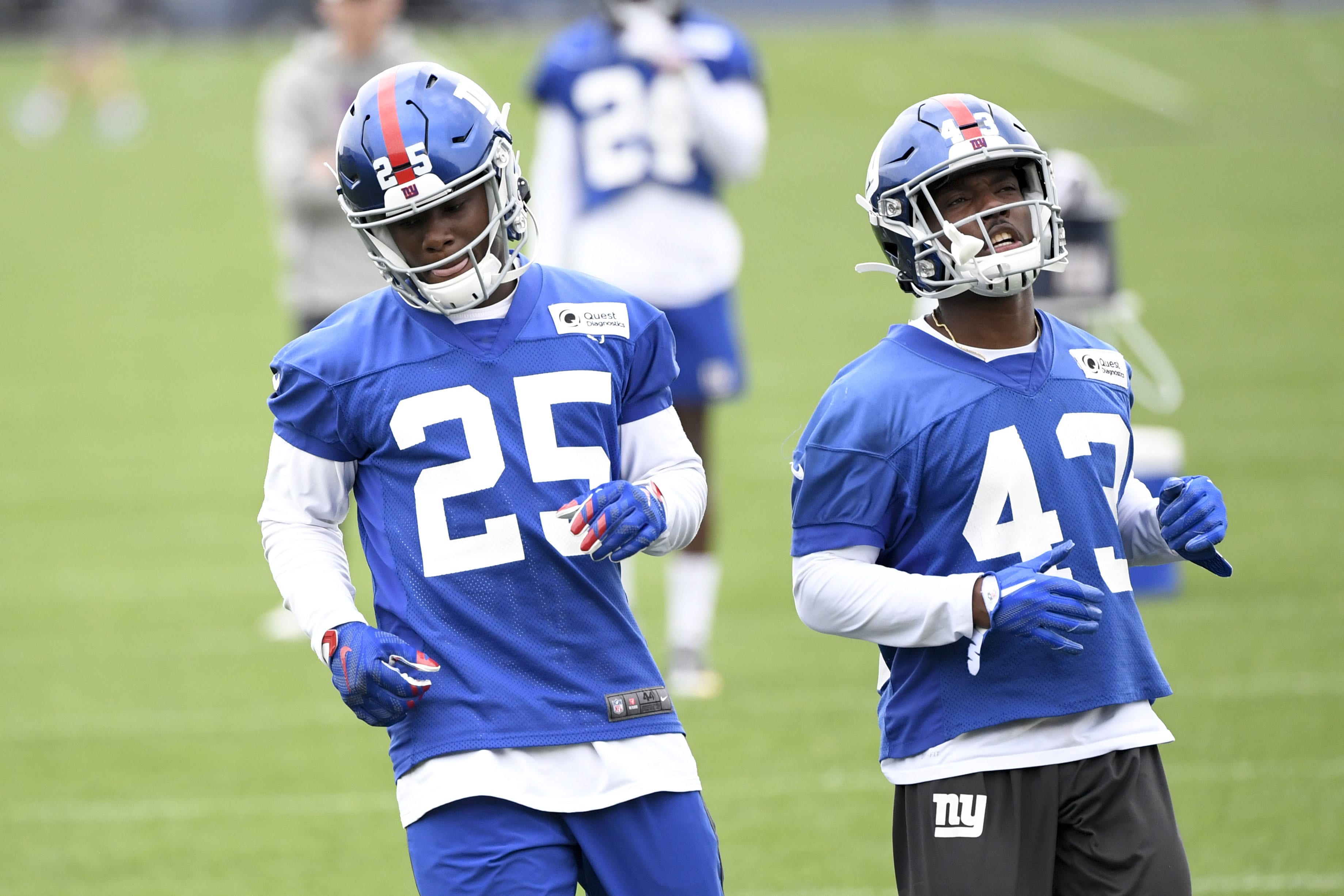 Did the New York Giants snag a steal in cornerback, Corey Ballentine?

It was only a few weeks ago that New York Giants rookie cornerback Corey Ballentine was shot alongside his best friend who passed away. The trauma and despair caused by the event has not been lost; in fact, it seems as if Ballentine has used it as fuel.

The rookie 6th round pick has done nothing but shine with the Giants so far, starting Monday’s training camp practice with the first team opposite DeAndre Baker. Janoris Jenkins, the Giants’ no. 1 option played in the slot.

Ballentine shined last week in practice, having one of the better days of any player this summer, coming down with an interception and swatting two balls away. He’s become Daniel Jones’ nemesis in a sense.

Corey commented on his progression and what has helped him up to this point:

“I feel like I’m catching up because of the older guys in the room,” said Ballentine. “A lot of them will help us and stay after meetings to help us learn run fits, learn plays, and they’ll help us once we get back to the hotel as well. So, with the help of them and my teammates, and just extra studying, I think I caught up pretty well.”

The cornerbacks unit is plush full of youth and inexperience; however, the youngsters have looked stellar thus far in camp. Both Ballentine and DeAndre Baker have shown confidence in coverage and the ability to lock down opposing receivers. Fourth-round pick Julian Love has been working in the slot with Grant Haley, second-year undrafted man out of Penn State.

The defense as a whole seems to be headed in the right direction with the quality of youth present, but there will be challenges and speed bumps along the way. With the pre-season starting on Thursday against the Jets, we should get a good idea of where the rookies are at and what they need to be working on.