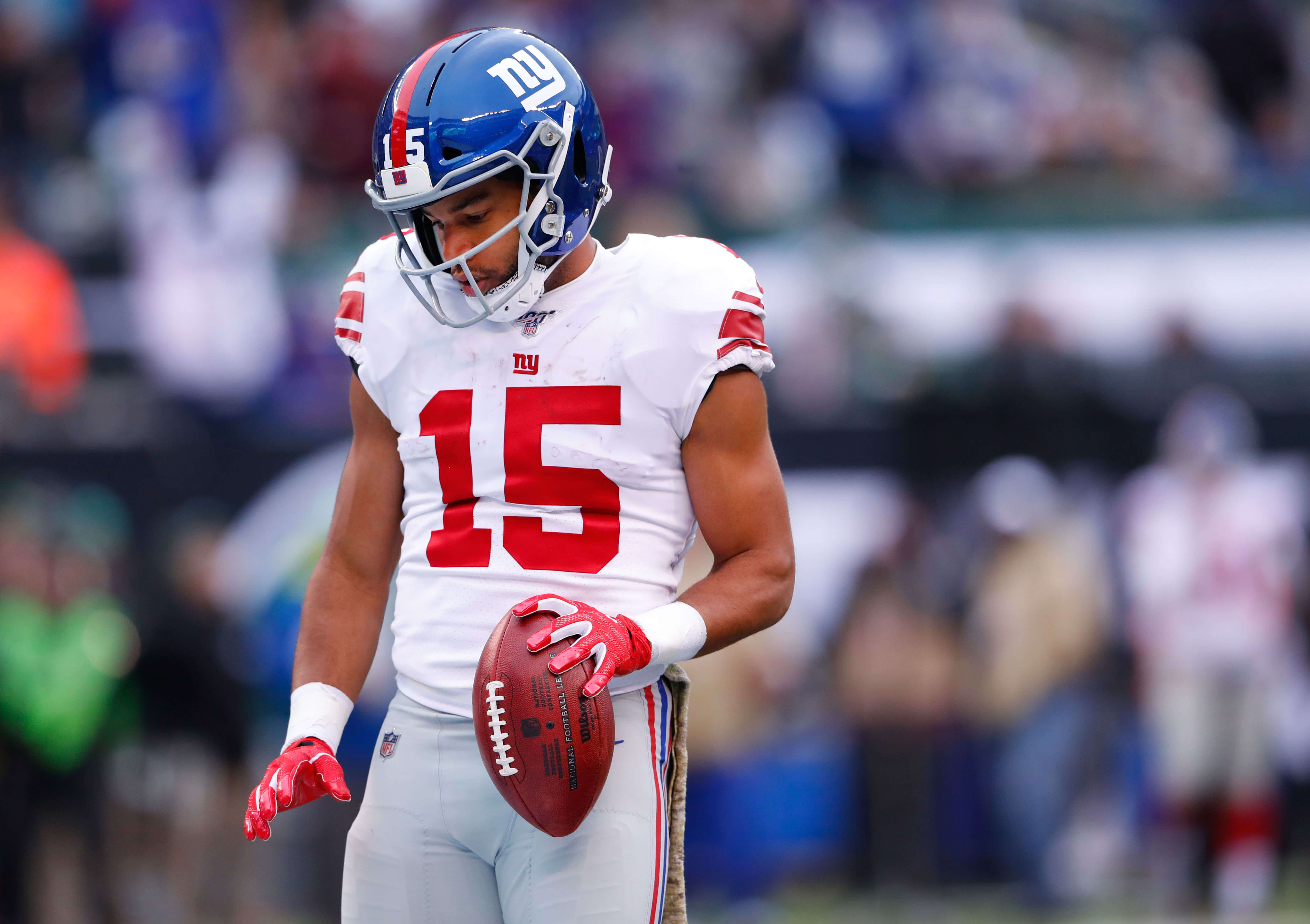 The New York Giants kick off their season at 7:20 p.m. tonight. Wide receiver Golden Tate has been questionable to play in the season opener all week. Now, Golden Tate has officially been ruled out of tonight’s game with a hamstring injury, according to Jordan Raanan of ESPN.

Second-year quarterback Daniel Jones will be without one of his top wide receivers again to start the season. In 2019, Jones never played a single game with all of his playmakers. Daniel Jones never hit the field with Evan Engram, Sterling Shepard, Saquon Barkley, Darius Slayton, and Golden Tate all healthy last season. The Giants’ skill positions looked different week-to-week last year, and the discontinuity is continuing to begin the 2020 season.

Filling in for Golden Tate will likely be Damion Ratley. The Giants claimed Ratley off of the waivers last week. He was listed as the second-string wide receiver behind Golden Tate on the Giants’ first depth chart. Ratley spent the last two seasons with the Cleveland Browns, totaling 25 catches for 344 yards and 1 touchdown.

The New York Giants are facing one of the toughest defenses in the NFL tonight. Being without Golden Tate will be a serious blow to the Giants’ offense. Tate was one of Daniel Jones’s favorite targets last year as he totaled 676 yards and 6 touchdowns in 11 games. There was a strong chance that Tate played tonight, so he should be ready to roll in Week Two despite tonight’s disappointing game-time decision. 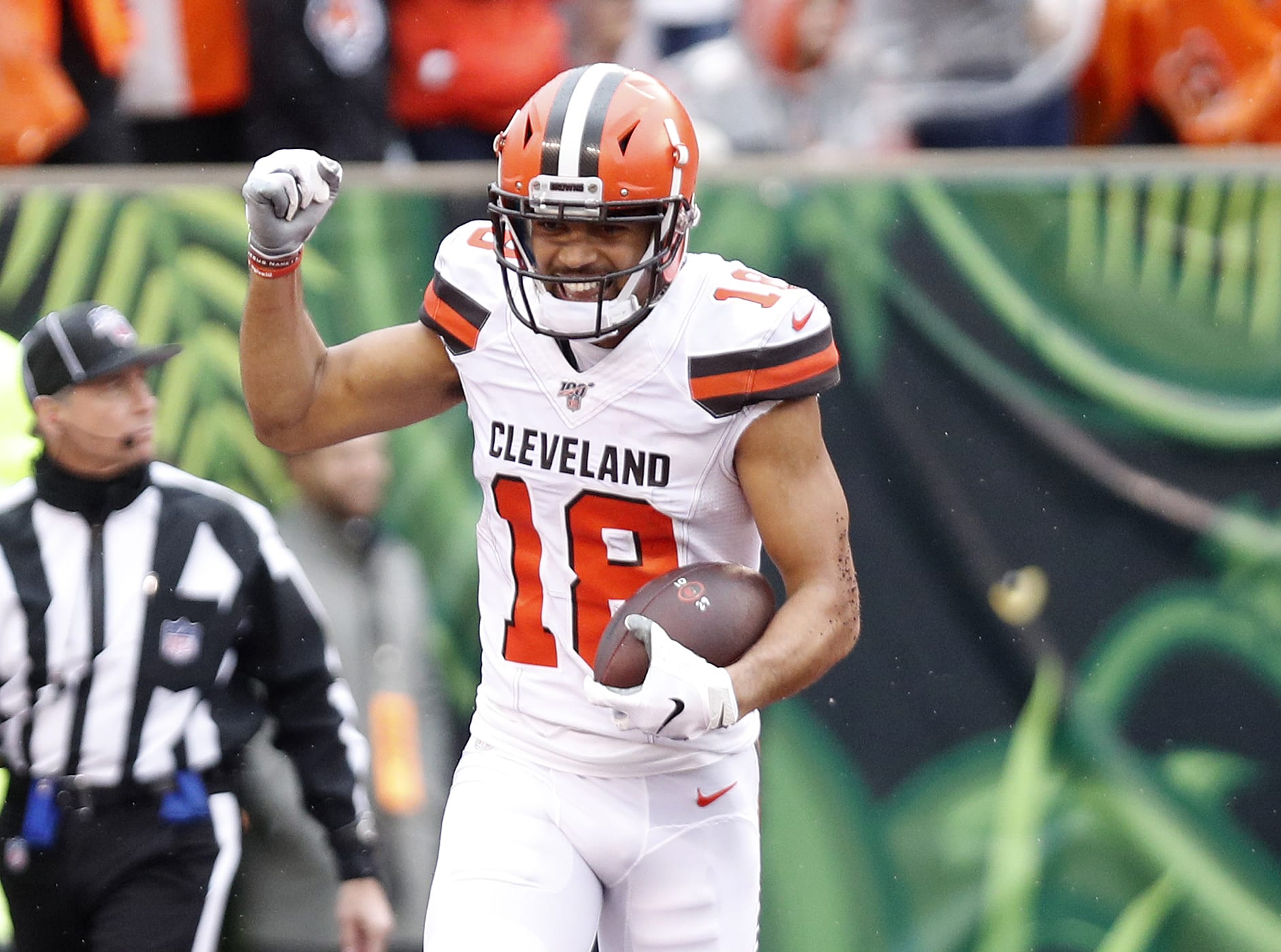 The New York Giants made several surprising cuts over the weekend, including linebacker Ryan Connelly and wide receiver Corey Coleman. While Coleman seemed to be more of a sentimental addition to the team the past few seasons after suffering multiple significant injuries, new head coach Joe Judge elected to move on from him in favor of former Cleveland Brown wide receiver, Damion Ratley.

Ratley, who is formally out of Texas A&M, is 25 years old and stands at 6-foot-2 and 200 pounds. With Cleveland last year, he hauled in 12 receptions for 200 yards and one touchdown. According to PFF, Ratley was only one of nine wide receivers to not drop a pass with a minimum of 20 targets. Cutting cutting Corey Coleman was certainly a surprise, given he looked quite good during camp this year.

Ratley was one of only nine WRs to not have a drop among receivers with 20+ targets.

But even CJ Board was able to make a roster over the former Brown, which indicates that behind the scenes, things might not have gone as smoothly.

The Giants now have Golden Tate, Darius Slayton, Sterling Shepard, and Board as their primary receivers. Of course, Ratley will enter the fold as a potential number 4/5 option. However, it will take him time to learn the playbook and adapt to their new offensive scheme. Nonetheless, it is also possible they translate him into a potential special-teams gunner, after losing Cody Core to a season-ending injury.

Is Damion Ratley a steal for the New York Giants:

Ratley is a solid downfield threat for the Giants, and at 6-foot-2, he now is tied for the tallest wide receiver on the roster alongside Board. The issue with Damion is he doesn’t have enough of a sample size during live games to warrant overly optimistic opinions. He is young and has potential, and that’s all you can ask for during a rebuild. The Giants felt as though bringing on a healthier option with more upside than Corey Coleman was a better move. It is time for us to really trust Joe Judge and his methods, as they certainly have been unconventional compared to recent years with Pat Schirmer and Ben McAdoo leading the team. 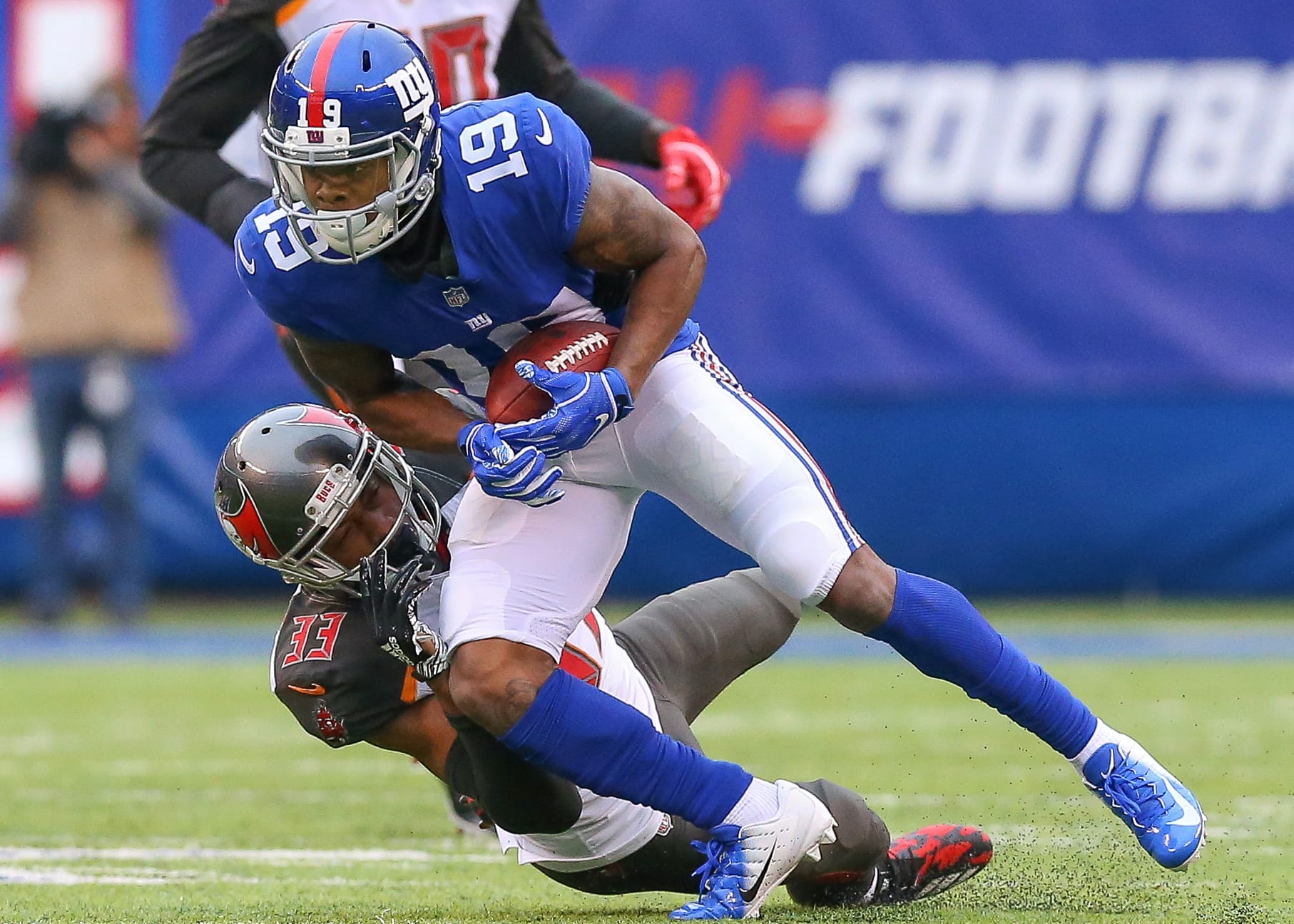 The New York Giants officially set their fifty-three man roster yesterday. There were some surprise cuts, like second-year linebacker Ryan Connelly, but for the most part, the cuts were expected. Today, though, the Giants made another surprising roster move, cutting wide receiver Corey Coleman.

Today was the waiver-wire day in the NFL. The Giants claimed three players off of the waiver wire and had one player (Connelly) of their own claimed. The Giants needed to make some cuts to their roster to make room for today’s claims, and they chose to sacrifice Corey Coleman.

Corey Coleman looked primed to man the Giants’ fourth wide receiver position this season. He had been impressive all throughout training camp after fighting back to full health from a torn ACL that he suffered last year. This roster move comes as a huge surprise to most Giants fans, but there could be more to the story than what meets the eye.

What Are The Giants’ Plans At WR4?

Corey Coleman was set to be the Giants’ WR4 in 2020. But the team waived him today, raising the question as to who might man that position now. The Giants now have the following wide receivers on their roster: Darius Slayton, Sterling Shepard, Golden Tate, CJ Board, and Damion Ratley.

Damion Ratley is one of the players the Giants claimed on the waiver wire today. He could potentially fill Coleman’s role as a vertical threat. CJ Board is another player that was impressive in training camp this summer. He earned himself a spot on the final roster.

The Giants have another four wide receivers on their practice squad, too. Training camp standouts Alex Bachman and Austin Mack were both signed to the team’s practice squad, along with Derrick Dillon and Johnny Holton.

There is a chance that Corey Coleman’s time in New York is not over yet. Yes, he was cut from the roster today, but he could actually be re-signed by the end of the day. As reporter Art Stapleton pointed out on Twitter, Corey Coleman is not subject to the waiver wire, since he is a veteran. This means that, after 4 p.m. today, Coleman is free to sign with whichever team he pleases, including the Giants.

The New York Giants have two players to place on injured reserve today: Xavier McKinney and David Mayo. Placing these two players on IR would free up two more roster spots, one of which could potentially be used to re-sign Corey Coleman. This is a hypothetical, though, as it is very possible that Coleman’s time in East Rutherford is finished.