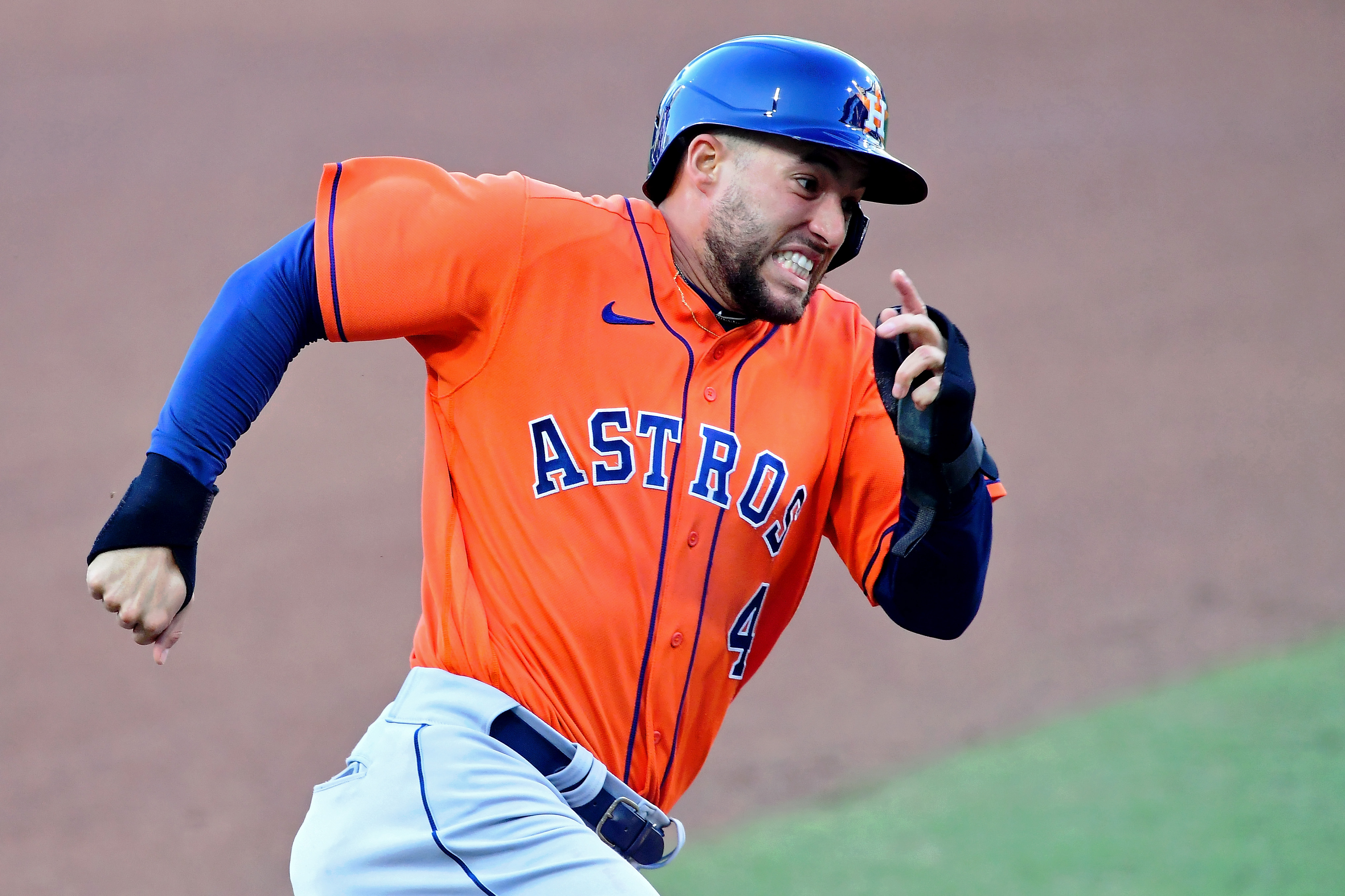 The New York Mets are still in a good spot after Liam Hendriks signed with the Chicago White Sox. Hendriks is the first big name to fall off the extremely slow-moving free-agent market. His signing leaves George Springer, Trevor Bauer, J.T. Realmuto, and D.J. LeMahieu as the final big names looking for deals.

The best thing about the Lindor/Carrasco trade:

The #Mets are still the frontrunners for George Springer.

Hendriks was always on the Mets’ radar but was a “want” not a “need” for their bullpen. Their bullpen already had plenty of dominant hard-throwing righties, making left-hander Brad Hand a perfect fit for them. Once the Mets signed James McCann, they were already out on Realmuto. For the Mets’ sake, they hope Reamulto signs in the American League.

Trevor Bauer’s free agency went from something exciting to a Bauer-esque annoying, drawn-out episode. Bauer is commanding the highest AAV in baseball history, which has to make Jacob deGrom chuckle. If anyone deserves Bauer’s asking price, it is deGrom or current AAV record holder Gerrit Cole. After trading for Carlos Carrasco, the Mets are out on Bauer until the price becomes reasonable.

The Mets got a dynamic bat when they acquired Francisco Lindor, which brought George Springer’s future into question. Springer is also commanding a large deal, but the Mets also have huge contracts on their books. Michael Conforto, Noah Syndergaard, and Lindor are some of the names that warrant contract extensions. Robinson Cano’s hefty contract is also a burden thanks to Brodie Van Wagenen and steroids.

The Mets are the only team that can afford to pay Springer his asking price. MLB’s uncertainty with the designated hitter also puts the Mets in a tough roster situation. Despite the questions surrounding the roster, the Mets are still the front runner for Springer.

It takes a lot to frustrate D.J. LeMahieu, but the New York Yankees did it. Whether the anger is real or a hardball tactic, LeMahieu urged his agent to reach out to a handful of teams, including the Mets. LeMahieu is a huge wild card for the Mets because there technically is nowhere for him to play on the infield.

Obviously, LeMahieu is better than J.D. Davis and the Mets would make a trade if he was signed. Davis is too valuable to keep on the bench and becomes the odd man if LeMahieu signs. Opening the wallet for LeMahieu would benefit the offense and defense more than signing Springer. LeMahieu is the better hitter, and the Mets can settle with signing Jackie Bradley Jr. or Kevin Pillar.

Even though all three players have different odds to join the Mets, you can throw those away with Steve Cohen as the owner. 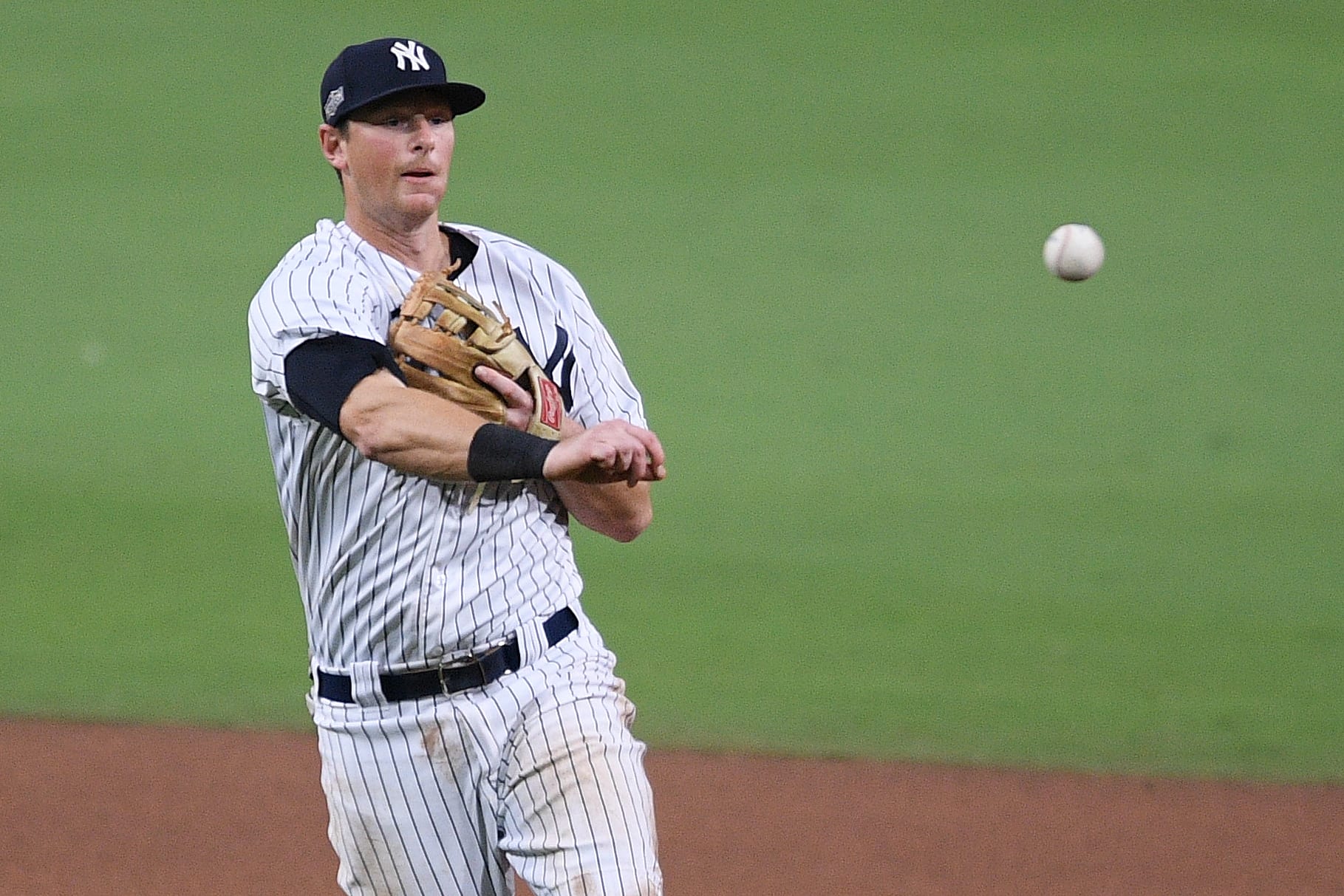 The New York Mets have “recently contacted” D.J. LeMahieu, according to Jon Heyman. Take that as you may but signing LeMahieu would strengthen their offense and drastically better their infield defense. If signing LeMahieu has traction, then the Mets have multiple combinations to work with during 2021.

You think you could hit it?

The continued guessing game on a designated hitter for 2021 makes dealing with the free-agent market harder for every National League Team. The Mets already have DH options in place, but it does not make decision-making any easier.

In a few of these situations, J.D. Davis becomes very expendable. He was already part of rumors along with Amed Rosario for a Francisco Lindor trade. The obvious missing part is the missing prospect(s) needed to complete the move. As enticing as the trade seems, Davis, Rosario, plus a prospect might be too much if Lindor does not remain with the Mets past 2021. If Lindor was the difference separating the Mets from being a World Series contender, giving up a little extra would be reasonable.

No DH Option 1: LeMahieu to Third, McNeil to Second

With Robinson Cano suspended for the entirety of 2021, the Mets can move Jeff McNeil to second base. LeMahieu plays third base while Dominic Smith and J.D. Davis handles the left field. The infield defense would be significantly better than in 2020, but the outfield would still suffer. Signing LeMahieu could make signing George Springer tougher. It certainly could still happen, but Jackie Bradley Jr. or Kevin Pillar is more realistic in that situation.

No DH Option 2: LeMahieu at Second, Davis/McNeil at Third

LeMahieu at second shows, the Mets are content with either Davis or McNeil at third base. Davis was better defensively in 2020, but neither one stood out. Second base is LeMahieu’s natural position and is where he won all three of his Gold Glove awards. Andres Gimenez should play shortstop when pitchers like Marcus Stroman and David Peterson are on the mound. Stroman especially is a groundball pitcher, and solidifying the defense up the middle would attempt to make up for the weak corner options.

This is the dream scenario for the Mets, especially with the DH in place. They would get a good balance of offense and defense they have not found in years. Offensively, the lineup would become a nightmare to pitch to, and the overall team defense improves. Even if the center fielder becomes one of the two names mentioned earlier, the defense still improves, but the offense would lose some punch.

DH Option 2 (Without Anyone New in CF): LeMahieu to Second, Davis to Third, McNeil to Left, Smith DH

With Brandon Nimmo in center field, the Mets cannot afford two below-average fielders in their everyday outfield. McNeil defended much better in the left-field after moving from third base. While Nimmo struggles in center field, McNeil and Michael Conforto would handle the corners. This is the least likely option as the Mets are almost guaranteed to sign a new center fielder.

Of course, there are way more options than the four mentioned. The idea of Rosario at third base or Gimenez at shortstop changes the whole dynamic of LeMahieu at the roster. The great part of this offseason is the ability to contemplate good solutions. In the past, ownership settled for options similar to slapping duct tape on a leak. 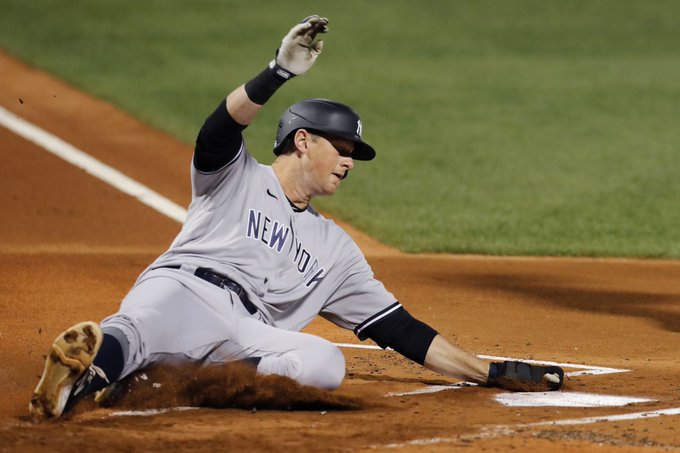