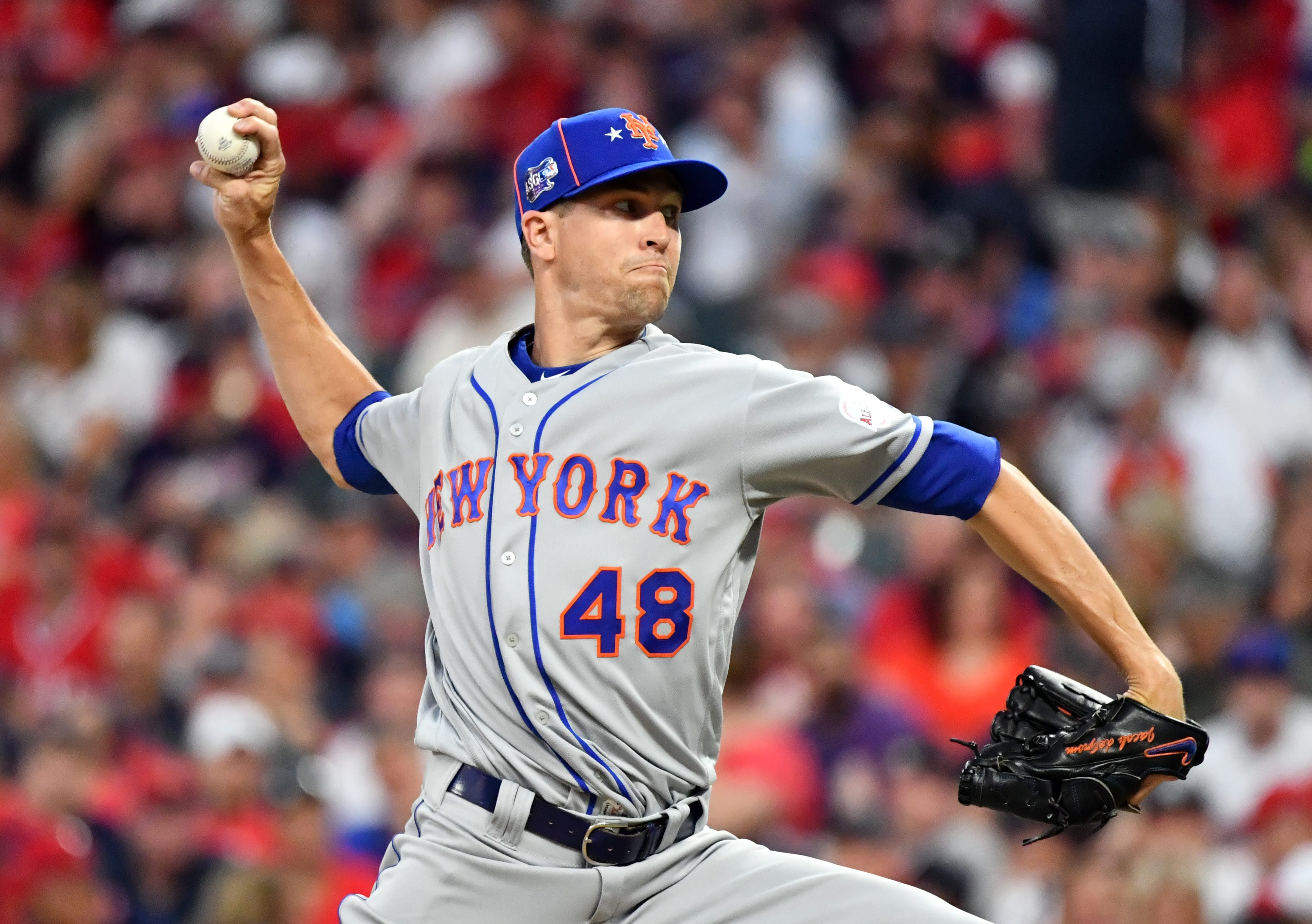 Jacob deGrom has quietly walked his way back into the Cy Young conversation. After the Yankees hit around Hyun-Jin Ryu over the weekend, the Mets ace has a good chance to take home the award over the final month of the season.

Since 1893, only one pitcher has multiple games with 13+ K’s as a pitcher and a home run as a batter.

Jacob deGrom is in a class of his own.

Since May started, deGrom has thrown 136 innings with a 2.12 ERA and 162 strikeouts and only allowed 10 home runs. deGrom has turned it on when the Mets really needed it during the second half of the season. He has a 1.04 ERA, only allowed one home run and opposing hitters are slugging .228 against him.

How Can He Win the Cy Young?

deGrom is currently pitching better than the 2018 deGrom who won the award. He has been doing it against good competition too. If he can lead the Mets into the postseason and continue to pitch at his current rate, deGrom will put himself in a good spot to win a Cy Young award for the second straight season.

deGrom had gained ground in the race thanks to back to back rough starts from Ryu. Ryu is still the front runner for the award, but September will ultimately decide who the winner is. Max Scherzer’s stints on the IL takes him away from the front of the race. Mike Soroka is more of a dark horse, the same way Aaron Nola was last season. Soroka will likely finish in the top three but will not win the award.

Clayton Kershaw has also brought himself back into the race, but Ryu’s consistency outshines Kershaw’s resurgence. The Cy Young race will seem to be a two man race between Ryu and deGrom through the season’s end and both are trending in opposite directions heading towards September.

The New York Mets have to be pleased with the groove Jacob deGrom is in right now. The Mets ace hurled seven shutout innings in their 4-0 victory over the San Diego Padres. deGrom currently holds a streak of 17 consecutive innings without allowing a run. If the Mets want any chance to make a run at the Wild Card, they will need him to carry them through the next two months.

deGrom is battling a lot of the same factors he had to deal with in 2018.  He takes the mound with an offense that does not score for him and a below average defense. They only major difference between the two seasons are his slow start and the larger amount of Cy Young contenders.

His ERA in each month has decreased and he put together one of his best starts of the season on Thursday. deGrom had a career ERA under two during day games and the number decreased even more today. In his four daytime starts in 2019, deGrom has only allowed three runs and has struck out 34 batters.

Who is deGrom Battling For the Cy Young Award?

The usual candidates, Clayton Kershaw and Max Scherzer are in the mix. Kershaw has not skipped a beat after losing velocity on his fastball and has been a strong as ever. Scherzer has pitched the Washington Nationals back in the race for the NL East and leads the league in strikeouts.

Mejía watching the replay and muttering to himself (it's rare someone gets to watch his own death). pic.twitter.com/UyKkYXsR5w

The new comers to the conversation are youngsters Mike Soroka and Luis Castillo. Soroka’s biggest weapon is his hard sinker and his ability to limit the home run. He has only allowed five in 102.1 innings and to the old writers his 10-2 record also looks good as well.

The Man to Beat

Hyun-Jin Ryu has actually pitched as well as deGrom over the last two seasons, just with a smaller sample size. His 1.76 ERA leads baseball and has only walked 14 batters in 123 innings. He is currently the front runner for the Cy Young and as long as his ERA stays in “deGrom” territory, he will be the winner.

This is a ridiculous stat…

In Hyun-Jin Ryu's first 11 games of the season, the Dodgers had a combined 4 errors.

In the past 8 games Hyun-Jin Ryu has started (tonight included), Dodgers have a combined 16 errors.

deGrom’s second half will have to top last year’s to put himself in the top three. Ryu will also have to regress at some point as well. deGrom’s first month of 2019 was proof of how hard it is to sustain that level of success. If the Mets are out of the race in September, at least we will have the Cy Young and batting title race.