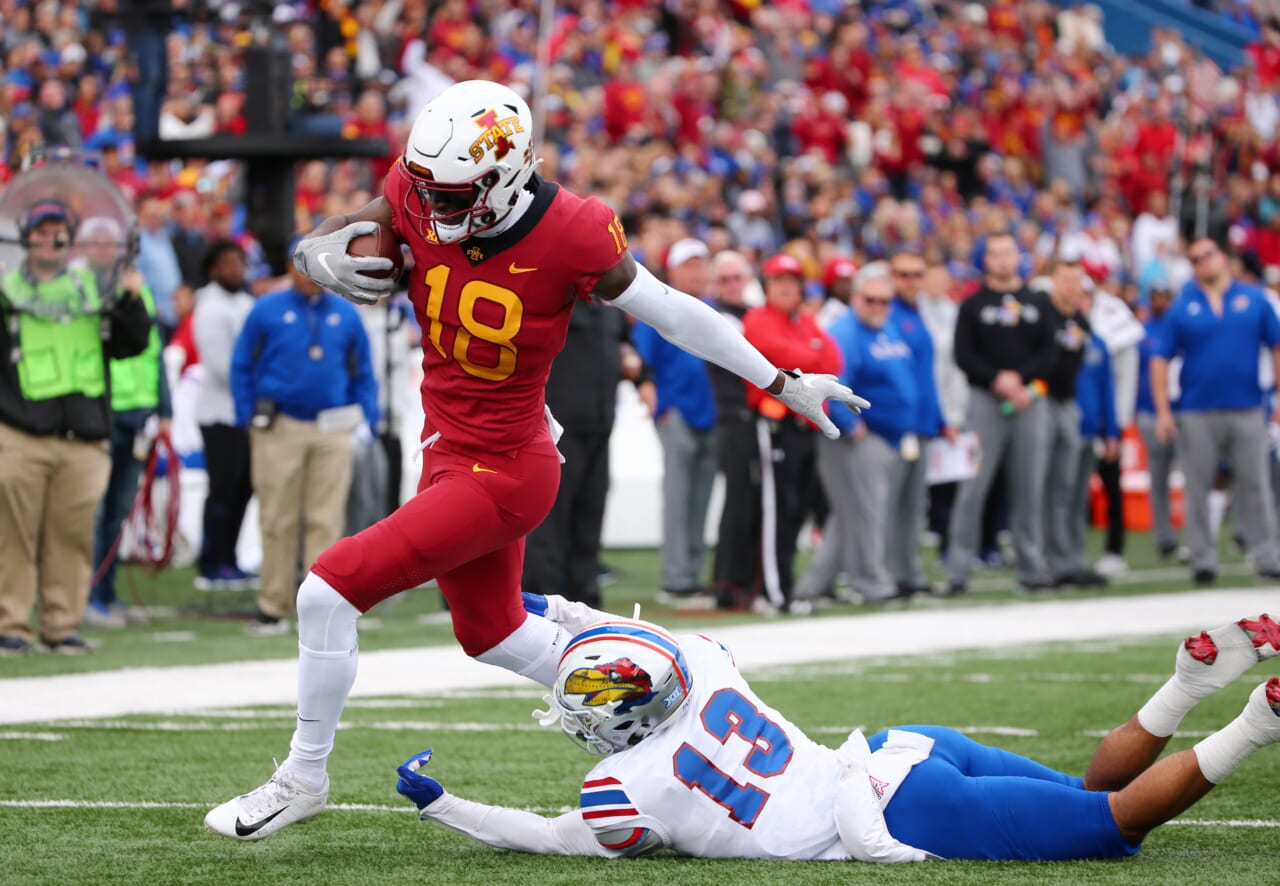 The official deadline to set a 53-man roster in the NFL is tomorrow at 4 p.m. With this deadline rapidly approaching, NFL teams have begun cutting players to shrink their roster sizes. The New York Giants have yet to make their round of cuts, but they will soon.

Other teams around the league have already started chopping away at their roster. The Arizona Cardinals made a surprising move today, cutting Hakeem Butler, a second-year wide receiver that they drafted in the fourth round last year. Butler was a solid prospect coming out of college. Could the Giants look to take a flier on Butler before the start of the regular season?

Wide receiver depth is crucial. The position is one that faces plenty of injuries every year, as the Giants know all too well. Darius Slayton, Corey Coleman, Sterling Shepard, and Golden Tate were all injured at one point or another last season. New York had to start backups on multiple occasions at the wide receiver position.

In 2020, there is a chance that the Giants find themselves in a similar situation. It is important to be prepared for the worst, and the Giants can prepare by acquiring as much wide receiver talent as possible. Hakeem Butler is the latest talented wide receiver to be made available for acquisition.

In college, Hakeem Butler was an excellent player. But after being drafted by the Arizona Cardinals in the fourth round of the 2019 NFL Draft, Butler never got to see the field in the regular season. Hakeem broke his hand in the preseason and missed the entirety of the 2019 season. Now, healthy, he was unable to earn a spot on the Giants’ roster.

Admittedly, the Cardinals have an abundance of wide receiver talent. From DeAndre Hopkins to Andy Isabella, the Cardinals might have liked Hakeem Butler but just not had the room to house him.

Butler was a workout warrior at the 2019 NFL Scouting Combine. He stands tall and strong at 6 feet 5 inches, 227 pounds, while also having the speed to run a 4.48 forty-yard dash. Butler was a legitimate deep threat in college, racking up 1,318 receiving yards and 9 touchdowns on only 60 receptions in 2018. Butler could be a solid addition as an outside receiver for the New York Giants.

Why The Giants Might Not Be A Landing Spot For Butler

The Giants already have a pretty crowded room of wide receivers. Sure, Hakeem Butler is very talented. After all, he was drafted in the fourth round last year, and many of the Giants’ backup receivers went undrafted. But these undrafted receivers have been impressive during training camp with the Giants. They have worked hard to earn their potential roster spots. Additionally, the Giants have been able to evaluate these receivers first-hand in camp. Any evaluations they might have of Hakeem Butler will be based on his college game tape.

The Giants and Butler’s mutual unfamiliarity with each other will likely prevent the team from using a roster spot on Butler. He was an exciting prospect in 2019, so he will find a home somewhere. But with the Giants’ crowded group of receivers on the current roster, it is unlikely he will find that home in the Big Blue side of New Jersey.