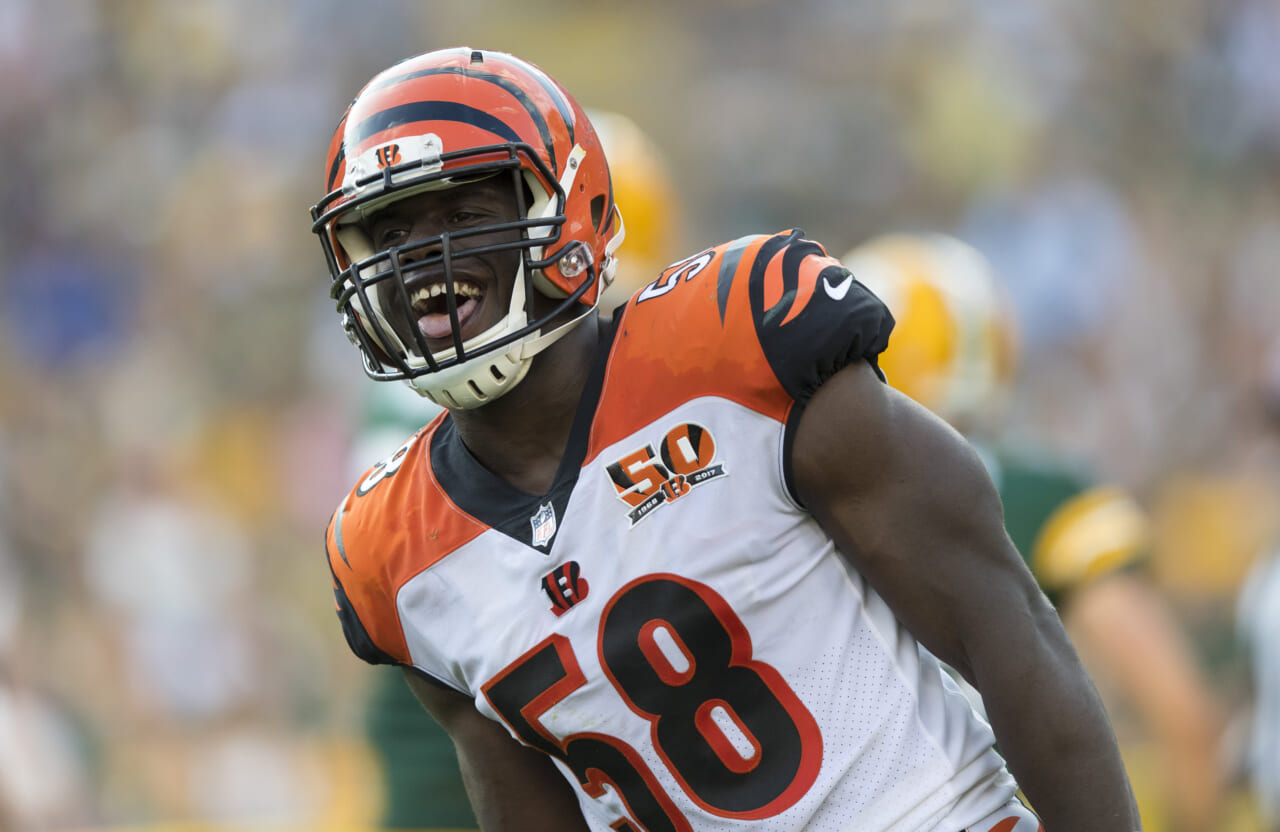 The New York Jets’ draft and free agency classes all received their metropolitan numerals for the 2021 season.

The New York Jets’ free agency and draft classes received their official numbers for their first seasons in green on Monday. ESM looks at what the newcomers will be rocking once the season gets underway…

Coleman wore 26 in prior stops in Atlanta and San Francisco, but it’s probably best for the Jets to avoid rushers wearing No. 26 for a while after the Le’Veon Bell debacle.

Echols, a sixth-round pick appears to be sharing No. 25 with rusher Ty Johnson, as the 26 he wore at Kentucky is taken by fellow defensive back Elijah Campbell.

Joyner will be wearing a number previously borne by fan-favorite rusher and returner Leon Washington, who’s now on the Jets’ coaching staff.

Another former bearer of 26, Carter takes over the 30 worn by Bradley McDougald last season. He’ll also have the Roman numeral “II” on the back of his jersey to separate himself from the offensive Michael Carter.

Running backs are allowed to wear single digits under the NFL’s new uniform mandates, but Carter opted to multiply it four. He follows in the footsteps of Super Bowl champion and green rusher Emerson Boozer.

It’s a tough break for anyone who hoped the Jets would bring back Brian Poole, but the special teams standout Hardee will keep the number he had during his prior endeavors in New Orleans.

Pinnock’s No. 15 from Pittsburgh has been taken over by someone he’ll presumably cover come training camp, receiver Lawrence Cager. His new digits were worn by Matthias Farley last season and best known from a Jets standpoint as the numbers Matt Snell wore in the Super Bowl III triumph.

Phillips wore No. 46 in his first season in Buffalo but moved on to 43 last season. He’ll apparently stick with those numerals as he moves on to another New York football journey.

With 44 last worn by the New England-bound Harvey Lagni, the defensive back-turned-linebacker Sherwood takes a traditional number as opposed to the single digits now available.

Another converted secondary member who made the move to linebacker, Nasirildeen also makes the move to 45, as the 23 he wore at Florida State was taken by Coleman.

The new Jets’ linebacker’s number from Detroit and his college days in Florida (40) is now worn by Javelin Guidry, but there’s a strong group of both linebackers and lineman that have previously repped his new digits.

Lawson may be changing from tiger stripes to green and black, but he’ll be wearing a familiar number leftover from his Cincinnati days.Â

Levin is one of the newcomers on the Jets. If/when he takes the field in an NFL regular-season game for the first time since 2018, it’ll be in a different number, as he wore 62 during his time in Tennessee.

Undrafted rookie Teton Saltes has Feeny’s No. 66 from his days as a Charger, so he moved one up, perhaps indirectly emulating some other notable veteran blockers in Jets history.

In his return to New Jersey football, Kroft won’t have the No. 86 he wore at Rutgers (his Piscataway number now on fellow tight end Ryan Griffin) but he retains the number he’s worn in his first two NFL stops (Cincinnati and Buffalo) and it’s a number that has made a New York impact on both sides of the ball.

Davis will keep the number he wore at both Western Michigan and Tennessee. That’s rather appropriate, as the most famous wearer of 84 in his new team’s history is in fact a New York Titan.

With Davis taking over the No. 84, Cole’s moves four digits up to 88, emulating some of the more productive receivers in New York history.

Henry Anderson’s old number wasn’t gone for long, as it’s been taken over by the former Arkansas captain who became the final pick of the Jets’ 2021 draft proceedings.

Undrafted standout Kyle Phillips wore No. 98 but he’s moving onto 93 to allow Rankins to keep the number he had during his six years in New Orleans.

Curry has had a pretty accomplished NFL career, and he’s going to take over the numerals of some of the most storied defenders on the team. 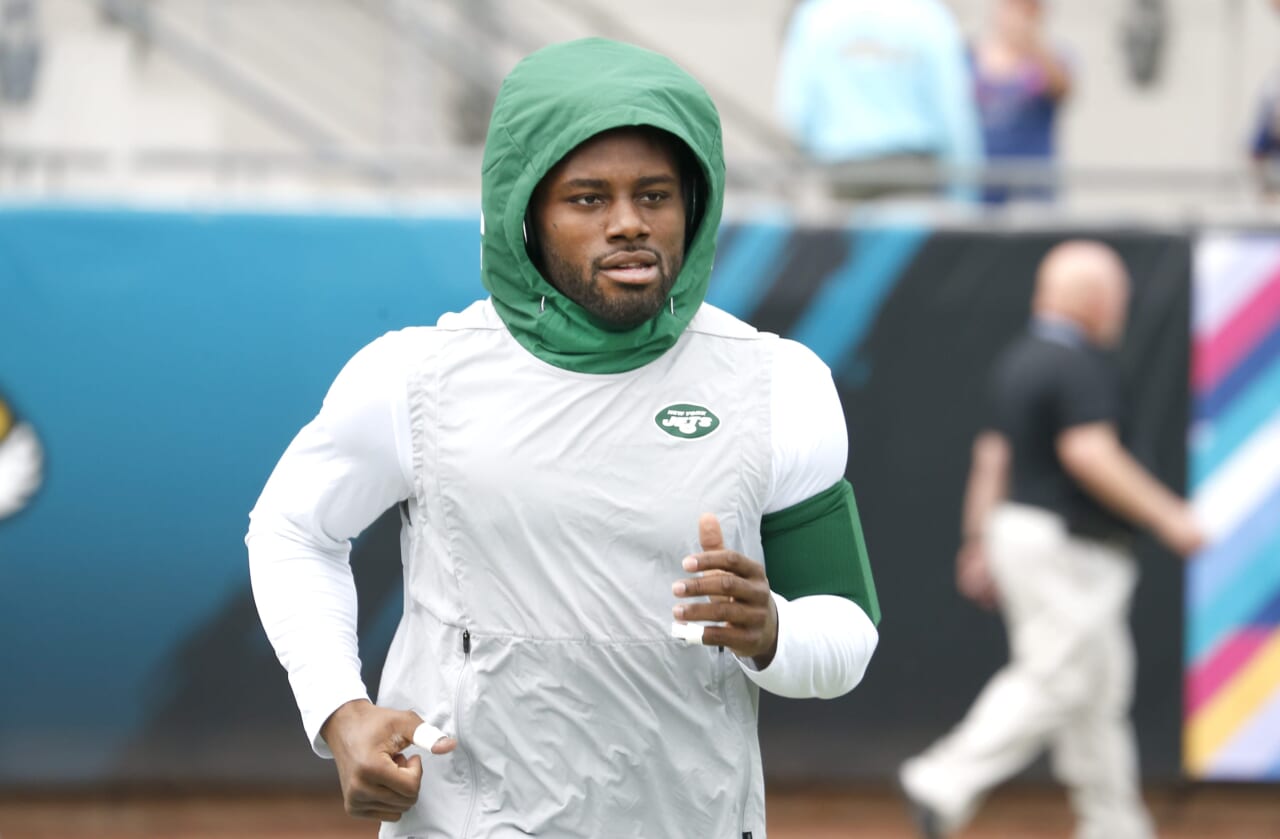 Draft weekend is over, but the New York Jets still have several needs to fill before they take to the practice field.

The New York Jets’ work in Cleveland is done. Nine names were added during last weekend’s NFL Draft proceedings and several others have been penciled in through rookie free agency.

But the Jets’ work is nowhere near complete.

That, unfortunately, is the macabre cloud that hangs over anything the Jets do until they start winning games again. The team has earned positive reviews for their draft weekend proceedings, one headlined by the offensive additions of Zach Wilson and Alijah Vera-Tucker. But it means nothing until they at least get back into the “in the hunt” column in those NFL postseason charts that emerge on game broadcasts circa the holiday season. General manager Joe Douglas has made it clear that he has a vision, but the on-field execution awaits.

The time is ripe for making further additions, as Monday marks the end of any compensatory pick matters when it comes to free agents.Â What else do the Jets need in the post-Mr. Irrelevant era of the offseason? ESM investigates…

The Jets’ current quarterback group (Zach Wilson/James Morgan/Mike White) has a grand total of zero NFL regular season passes among them. It’s great that Wilson is there as the anchor, the latest name to fill the star-crossed role of franchise quarterback. But the Jets needs to bring someone in as both a veteran mentor and someone to have in case of an emergency. They had the right idea in the final year of the Sam Darnold era through signing Joe Flacco, but he’s in Philadelphia now. Darnold attributed the success of his rookie season to working with Josh McCown and it would behoove the Jets to find a similar solution.

Alex Smith might’ve been the most attractive option in both of those regards, but he opted for retirement. Nick Mullens, he of 16 starts over three seasons under offensive coordinator Mike LaFleur in San Francisco, is also available, but, at 26, he might not be able to provide the veteran mentorship Wilson needs in his debut season. The best current option might be Brian Hoyer, who was brought in for a visit in April. Hoyer, set to enter his 13th NFL season, spent last season in New England, his third stint with the Patriots, and credits his mentorship skills from working with Tom Brady.

“I learned so much and whenever I had a question for him, he was there to give me an answer,” Hoyer said in 2017 prior to a pre-LaFleur stint in San Francisco, per Chris Biderman of Niners Wire. “For me, the best way to be a mentor…was just watch somebody do it and do it the right way. And then when they ask you questions, you give them straight-up honest answers.â€

Anyone complaining about the lack of defensive additions over the first two days of the draft was roundly silenced when the Jets spent all but one of their Saturday selections on defenders. But the Jets are already packed to the brim with young projects at the top of their defensive depth chart, particularly in their secondary. Rookies Michael Carter II, Jason Pinnock, and Brandin Echols are set to join Bless Austin, Bryce Hall, and Javelin Guidry. The franchise-tagged Marcus Maye is set to work next to sophomore Ashtyn Davis. New York even found some solid pass rushing additions through the undrafted front, including Hamilcar Rashed Jr. out of Oregon State. There’s certainly plenty to be inspired when it comes to the defensive haul, but there’s no guarantee any of them can be day one starters.

The team could use some veteran help and the current free agent bank has plenty of options. Steven Nelson, one of the stronger man-to-man coverage guys, is still around after two seasons in Pittsburgh. Inviting in Richard Sherman, who endlessly praised the hire of Robert Saleh, for at least an interview would almost be a no-brainer. The Jets could also bring back Brian Poole as a reliable nickel prescience, one that remains on the open market after injury issues last season.

The Jets emerged from the weekend with several building blocks to groom and develop. But if they’re looking to contend in the immediate future…the playoffs still seem like a pipe dream but a decent opportunity to reenter NFL relevancy…they’ll have to add some veteran defenders that can come in and contribute immediately.

The Jets must be careful with their blocking moving forward. It’s great to see they’re anchoring Wilson’s blind side with back-to-back first rounders, as Vera-Tucker will presumably be working alongside Mekhi Becton. But they took only one lineman in the weekend’s proceedings, going with box score contributors after moving up to take Vera-Tucker. Undrafted yields like New Mexico’s Teton Saltes could make some headway but some veteran finds would turn the pressure up on an offensive line that’s set to retain three starting members from a unit that ranked 29th in Pro Football Focus’ annual offensive line standings.

It’s a hole the Jets have slightly dug themselves into, curiously opting to add veteran depth options (like Dan Feeney and Corey Levin) before the draft rather than after it as other elite talents came and went. Many of the names left on the free agent front are up there in age but can serve as stopgaps or provide some extra training camp heat. Former Green Bay Packer Rick Wagner could work on the right side while the Jets solve their center woes by putting Connor McGovern up against another veteran like Joe Looney this summer until they can find a more permanent solution for Wilson. Center was among the biggest problems during the Sam Darnold era, so any form of consistency they can with the newcomer, even if it’s only temporary, can start steering this ship in the right direction. 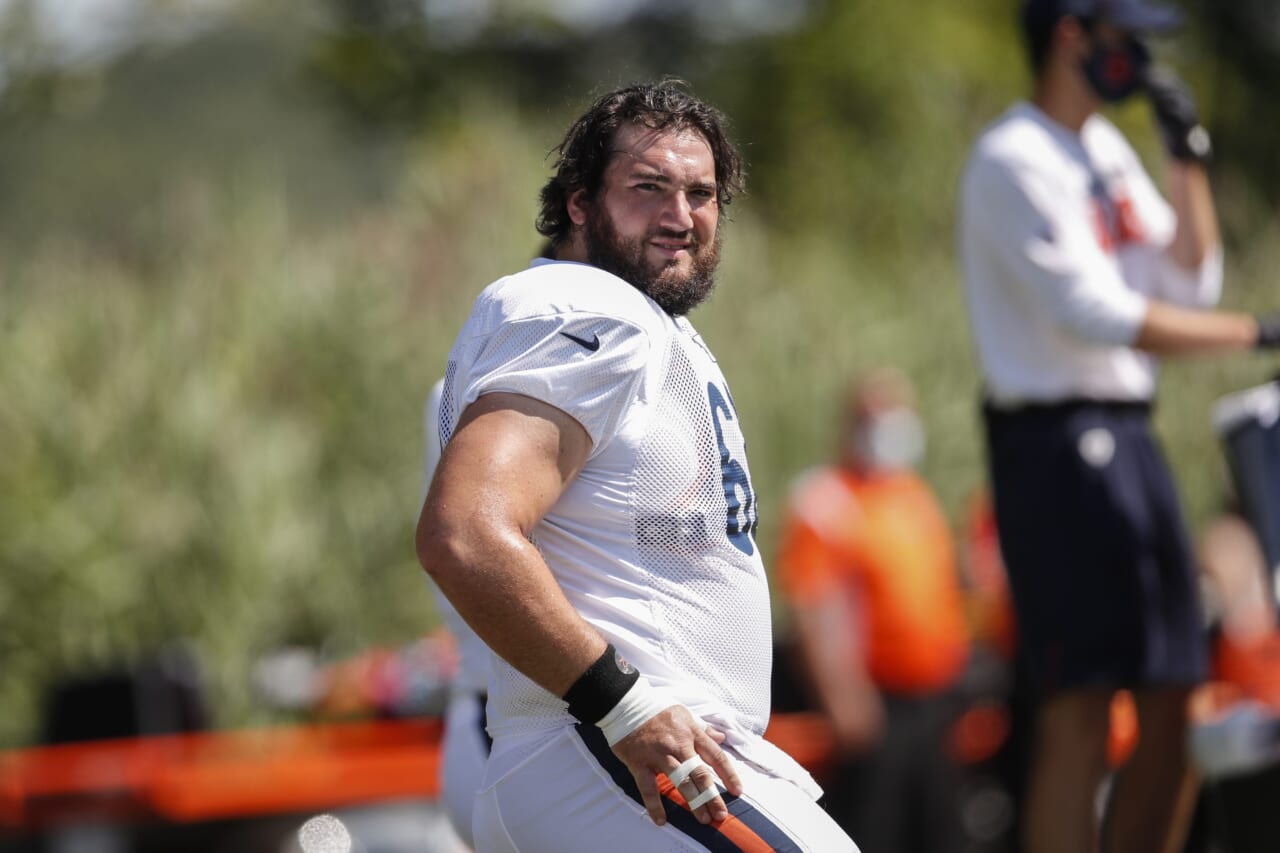 The New York Jets have added more depth to the offensive line in the form of 26-year-old Corey Levin. Levin, a former sixth-rounder from Chattanooga, was a competent lineman for the Chattanooga squad before staying in Tennessee with the Titans. Levin now joins the Jets as a depth piece for next season.

How Does Levin Fit?

Levin has become somewhat of a journeyman in his brief career. After being waved by Tennessee, heâ€™s found homes in Chicago, New England, and Denver all briefly. Now he finds a home in New York as a versatile depth piece moving forward.

Levin has yet to register a substantial amount of playing time in any of his last three spots, but he did dress for all 16 games his rookie year, playing snaps on special teams and rotating in at center and guard for one game.

Although there is not a lot to go off with Levin, one preseason evaluation from 2019 was encouraging as the Titan-sized site on SB Nation reported, â€œOffensive lineman Corey Levin was also a standout player. Levin could get some run at center this season, and he has the versatility to play elsewhere on the offensive line.â€ For a team that needs more bodies in the room, the addition of the young lineman is intriguing as the team fills out the roster before the draft.