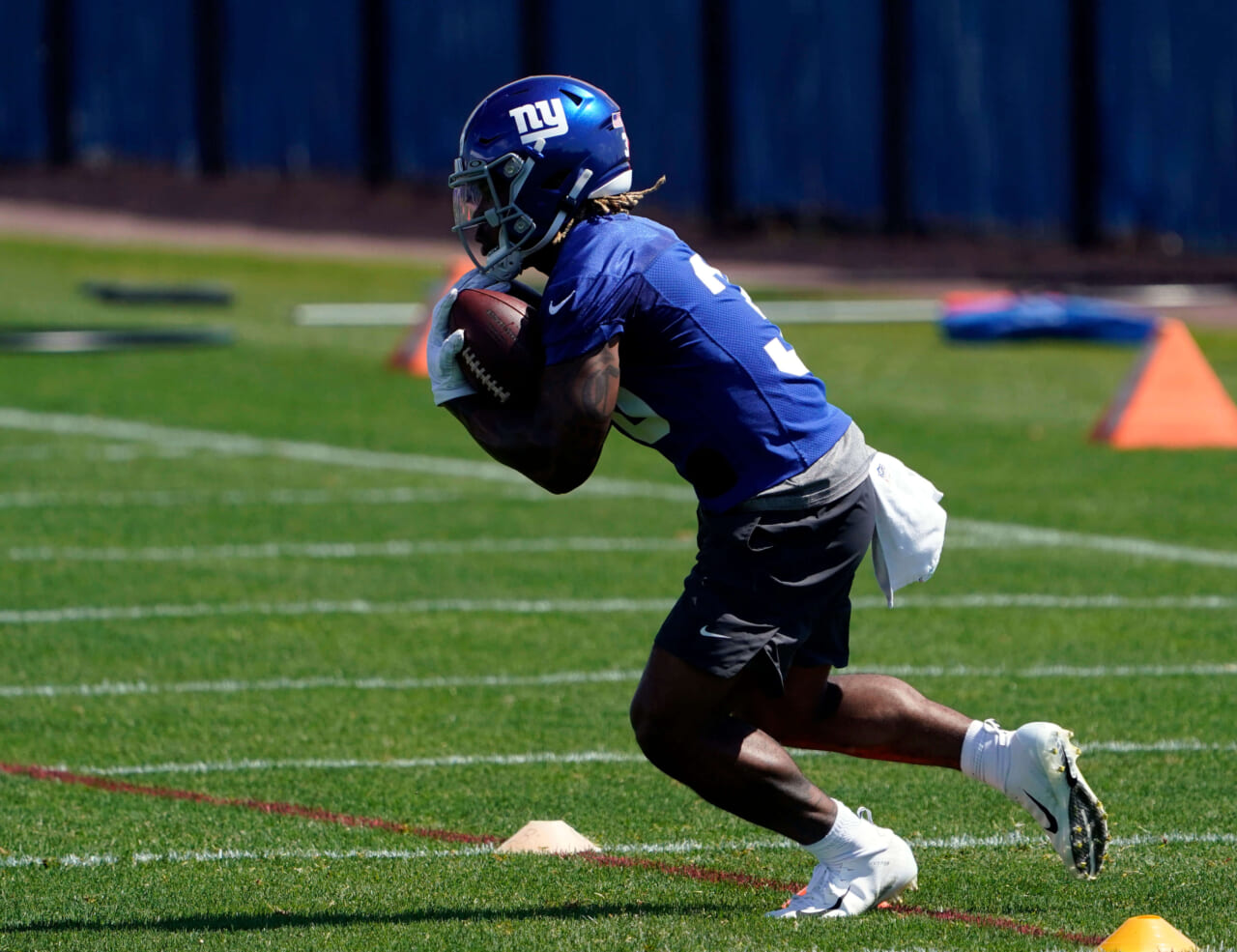 Despite the New York Giants signing veteran running back Alfred Morris to a contract over the weekend, there’s one underrated RB who could make an impact on the 2021 season.

Former Philadelphia Eagles running back and Super Bowl winner Corey Clement joined the team this off-season on a one-year, $990K deal. Having signed on the Veteran’s Salary Benefit, his contract includes no guaranteed money, so the Giants could theoretically move on from him with no financial implications.

However, Clement offers value as an experienced back whoâ€™s deadly out of the backfield as a receiver.

Over the course of his career, Clement has caught 37 passes for 340 yards and two scores, posting an 80.4% catch rate. On the ground, he tallied 655 yards and seven scores, but only earned 21 rushing attempts last season with Philadelphia. Heâ€™s two years removed from having a campaign with 200+ rushing yards and 100+ receiving yards.

As a solid receiver, the Giants have the luxury of easing Saquon Barkley back to his normal self, as a team also signed former Las Vegas Raiders RB Devontae Booker. Booker is a solid reserve back who can carry the load in Barkley’s absence, but with Saquon ramping up his rehabilitation and looking near 100%, he could re-join the team in a higher capacity over the next few weeks.

Where can Clement contribute next season?

Clement excels in pass blocking, earning a 66.3 overall grade during the 2018 season when he was in his prime. Two poor performances dragged down his average, but was a quality blocker for his quarterback in pass pro. At 5’10” and 220 pounds, thereâ€™s no guarantee he will earn a starting spot on the roster, but he offers value in several categories the Giants could use more talent in. With Dion Lewis walking in free agency, Big Blue needs another receiver out of the backfield, and with Barkley’s struggles as a blocker, Clement can provide a helpful hand. 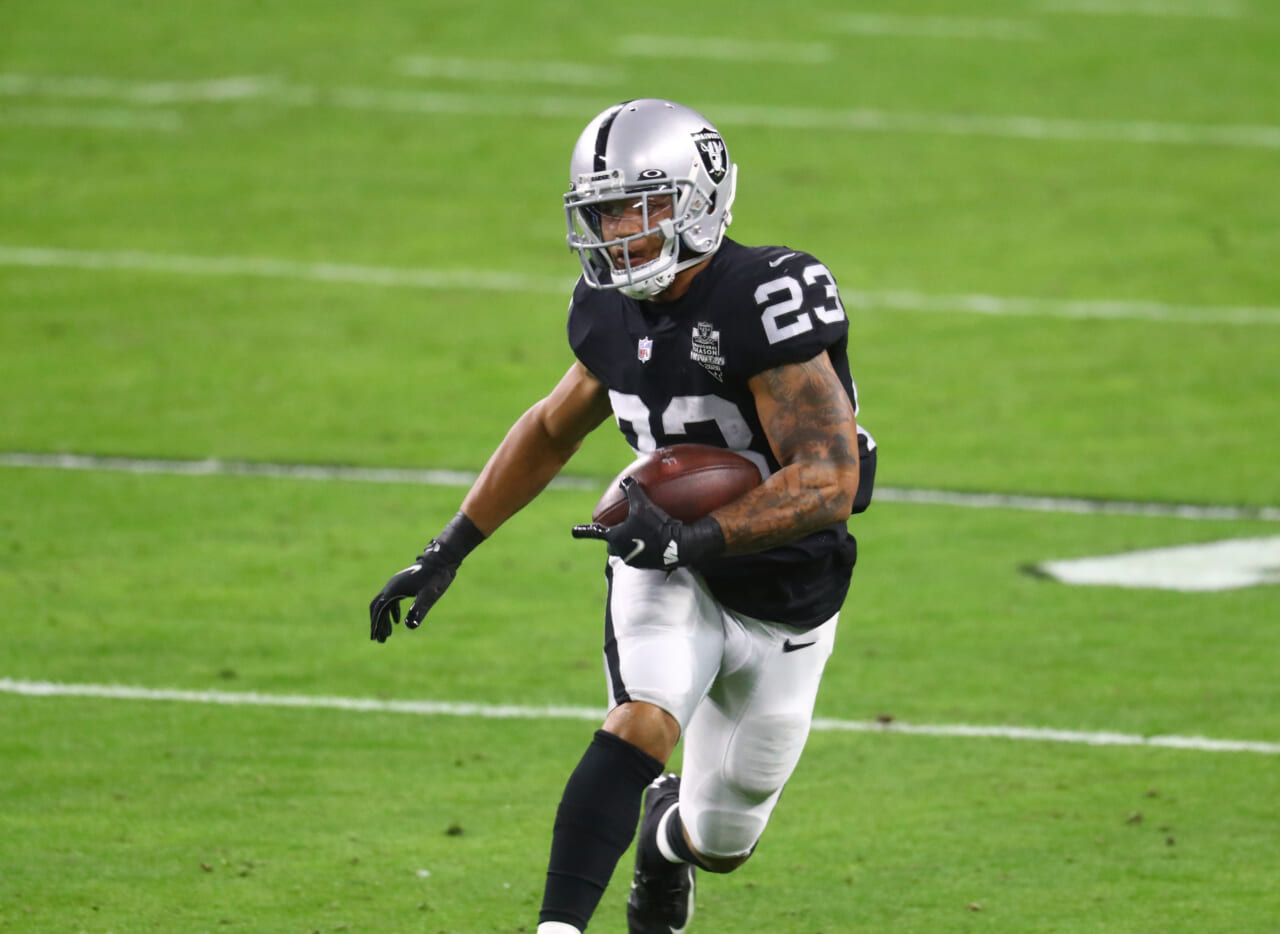 The New York Giants will have a different rotation of backup running backs in 2021. The team moved on from Wayne Gallman after his best season by letting him walk in free agency, and most of the other names that manned the running back spot last season have been replaced. This should, hopefully, be a change for the better.

The team’s rushing performance left much to be desired last year, without Barkley. The Giants’ top weapon is expected to return for the start of the season, but if Barkley isn’t healthy for week one, this year’s lineup of backups may have more potential. The Giants have a number of names signed to the position, but three stand out in specific.

The number one name that the Giants signed to serve a backup role. Essentially, Booker is the player that the front office is betting will outperform Gallman. Gallman had his best season last year and the Giants still let him walk away to San Francisco, instead preferring this signing.

Statistically, Booker was a worse player last season compared to the one he’s replacing. However, he was only able to start in one game with the Raiders and also had less carries. It looks like his performance would have been on par with or exceeded Gallman if he’d had more time on the field.

Notably, Booker had 612 yards and 4 touchdowns as a rookie with the Denver Broncos. Just like the Giants signed John Ross at receiver, it seems like they’re betting on the player’s previous potential with this addition.

Whether that’s a good idea or not when the Giants had a chance to bring back a more proven player that had experience in their organization already remains to be seen.

Corey Clement is the other new veteran addition and previously played within the division for the Eagles. This season, he’ll be making the swap to their rivals and comes off a season where he didn’t get to do much. He had 75 yards on only 21 attempts over 15 games, and his longest rush was only 7 yards.

However, he posted 321 and 259 yards during his first two seasons in the league before ending up on the injured reserve in 2019. This injury would be part of the reason why he had a limited number of rushes in 2020.

That’s not to say Clement doesn’t add anything. He may very well get on the field more in 2021 and had more special teams snaps than offensive ones. As Joe Judge comes from a special teams background, it’s very possible that Judge himself pushed for this signing due to Clement’s ability to help out both in the offense and in that area.

As part of a larger rotation, it looks like Clement is a promising new addition.

Gary Brightwell is the rookie of the bunch, and could be another late round success story after the Giants selected him in the sixth round. He was a one year starter in three seasons with the Arizona Wildcats, and he has a reputation as a physical player who works well in zone running schemes.

Despite this skill in tight areas, though, one shouldn’t expect Brightwell to take the backup job by storm this season. Based on his college performances and the combine, most scouts only give him an average rating when it comes to his physical skills such as raw speed and agility.

You can expect Brightwell to have to spend some time getting used to the faster pace of the NFL and the more physical opposition, but we may see him get into the rotation more on special teams which would still be a successful season for a late round draft pick such as him. 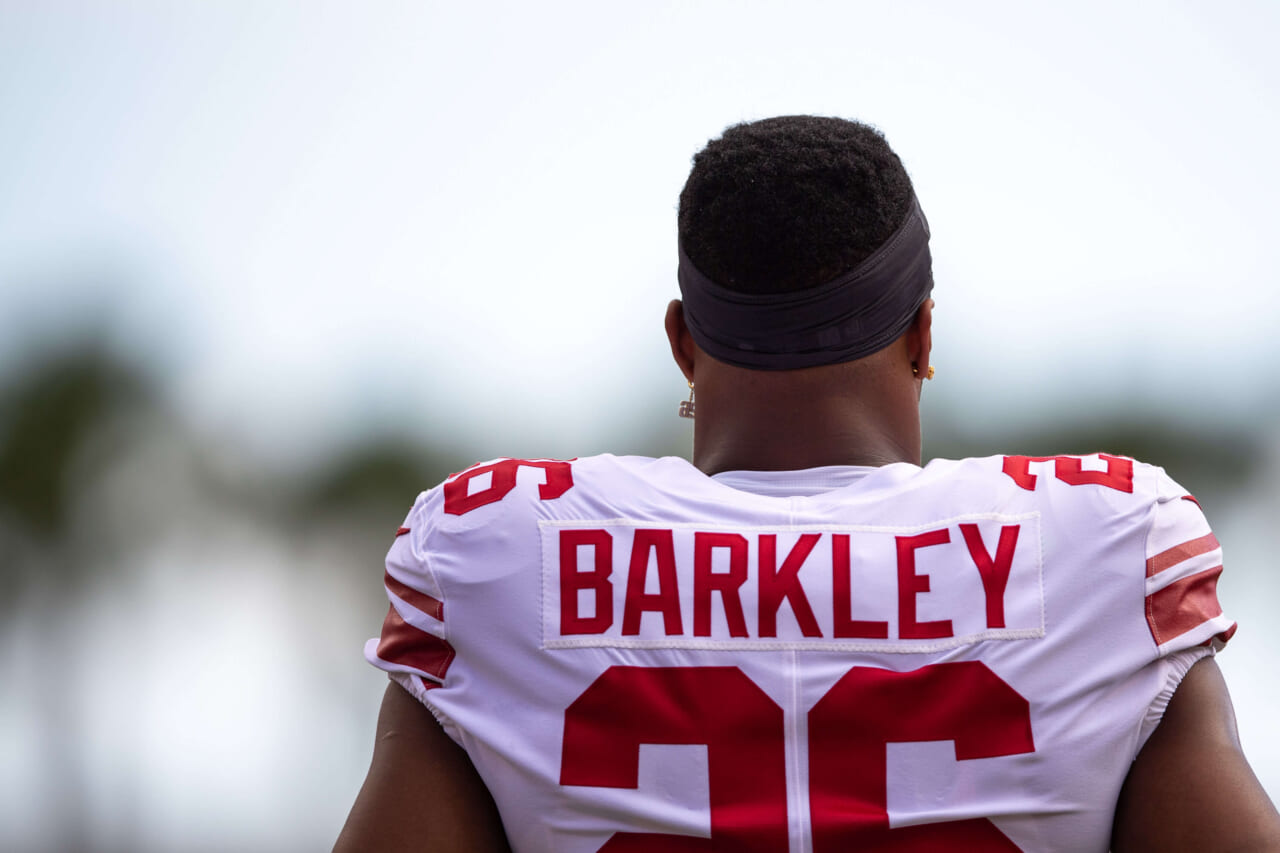 As the New York Giants progress through spring and head toward summer, the team is preparing to take a step forward in their second season under head coach Joe Judge. After a successful 2021 free agency class and NFL draft, the Giants have added plenty of talent to help both sides of the football, but until they adapt to the scheme and host in-person training, they canâ€™t put it to the test.

Thankfully, the Giants will have a full preseason to work with and in-person training rather than virtual to expedite their learning process. Last season, the Giants didnâ€™t have much time together as a team, which forced them to utilized live games to iron out their mistakes and weaknesses. Ultimately, some of their issues dragged on throughout the season, which limited their production on offense specifically.

One of the major problems they faced was the loss of running back Saquon Barkley, who tore his ACL in week two against the Chicago Bears. While most believed he would be ready for the start of the 2021 season, co-owner John Tisch seemed skeptical when asked via TMZ.

Tish stated, â€œSaquonâ€™s recovery is going well, and I think weâ€™re very pleased with free agency and the draft.â€

He also went on to say he doesnâ€™t know if Saquon will be ready for the start of the year, which is likely why the Giants went out and signed Devontae Booker to a deal that most might claim as overzealous. They are paying Booker $5.5 million over two years, but he likely fits the scheme they plan to run and feel comfortable with him if Saquon is unable to play for whatever reason.

The New York Giants added another RB to compete:

Aside from Barkley and Booker, the Giants also hosted former Philadelphia Eagle Corey Clement over the weekend in a tryout. Clement has experience in the Super Bowl, making a few clutch plays that helped Philadelphia secure the victory. With that quality experience and some production in the past, the Giants felt as though Clement could be an asset for them during camp, at the very least.

Corey enjoyed his best season back in 2017 when he was 23 years old. Over 16 games, he recorded 321 yards on the ground, 123 yards through the air, and six total touchdowns. He didnâ€™t turn the ball over during that season, showing solid production when called upon in both rushing and receiving.

Having a back who is capable of being utilized in various manipulations is always a benefit, considering he will likely be extremely cheap. The Giants will carry him through camp and see if he can push for a roster spot as a reserve back.