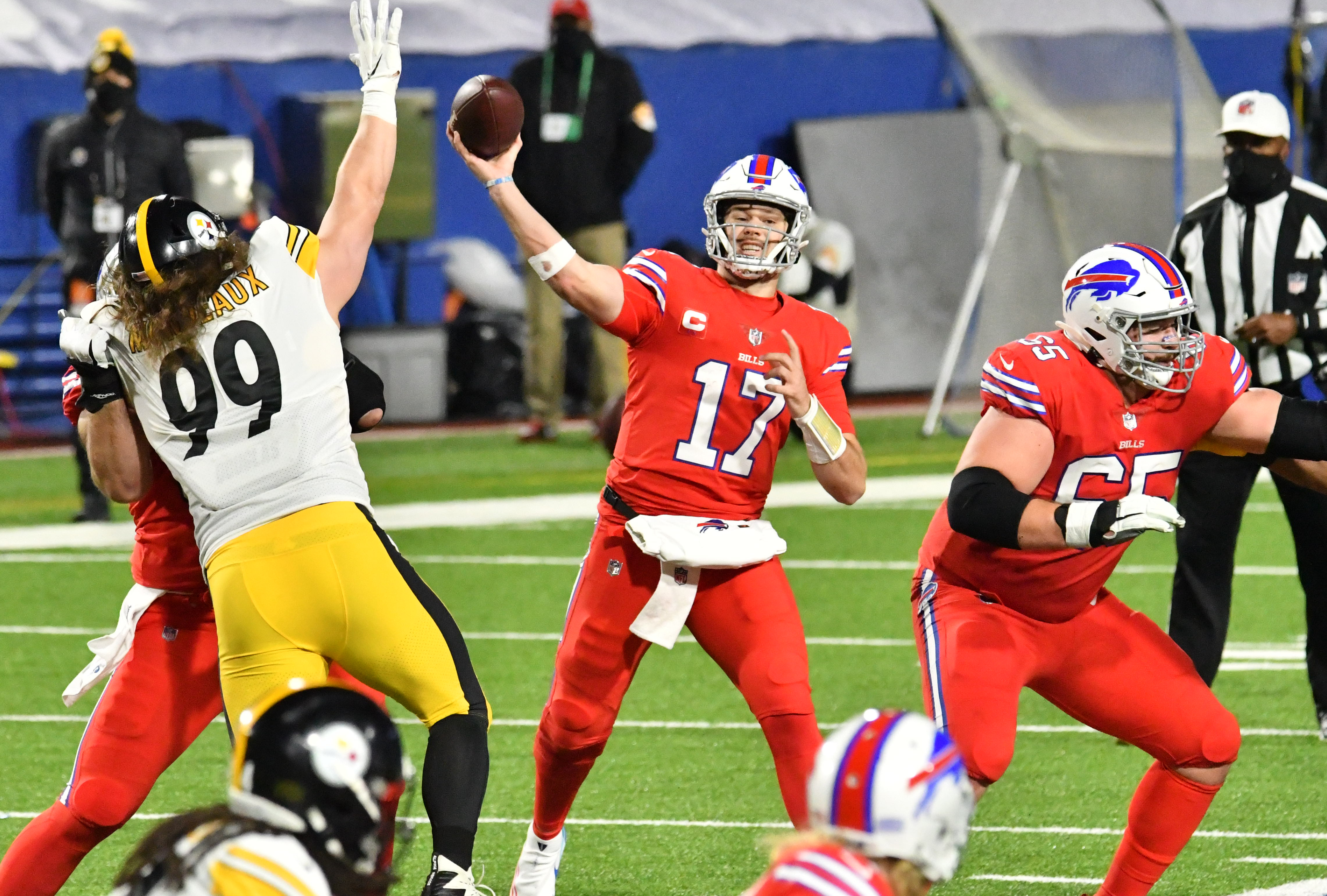 The Buffalo Bills made a victorious return to Sunday Night Football, topping the Pittsburgh Steelers to earn their 10th win of the season.

After their performance against the Pittsburgh Steelers, it’s safe to say that it definitely won’t take another 13 years for NBC’s Sunday Night Football to return to Bills Stadium in Orchard Park.

The Buffalo Bills celebrated their return to the NFL’s most sought-after primetime spot, topping the Steelers 26-15 on Sunday night in Western New York. Taron Johnson brought the invisible crowd to its feet through a 51-yard runback of a Ben Roethlisberger interception, while Stefon Diggs put up 130 yards and a score on nine receptions. Levi Wallace added another interception of Roethlisberger to seal the deal in the fourth quarter, while Josh Allen overcame an inconsistent start to throw two touchdown passes.

Not only did the Bills (10-3) star in their first Sunday night home game since 2007, but they also earned consecutive 10-win seasons for the first time since 1998-99. Buffalo will clinch a playoff spot on Monday if the Baltimore Ravens lose to the Cleveland Browns. The Bills also picked up a tiebreaker in terms of AFC playoff seeding. They’re a game behind Pittsburgh (11-2) for the second seed, while they also gained a game on the Miami Dolphins in the AFC East division race with the latter’s loss to Kansas City, the current kings of the conference.

ESM has a series of game balls to award after Sunday’s historic win.

Bills fans may be unwilling to admit it thanks to the final result, but the early stages of their Sunday night return were rather boring, packed with three-and-outs and appearances of Bojorquez. To put things in perspective…Bojorquez was invited on the field four times in the first half after getting only four chances over the past two games.

But Bojorquez made the most out of his opportunities and put the Bills’ defense in management situations. Two of his five kicks on the night situated the Steelers inside their own 20 to start off, and every one of Pittsburgh’s post-punt opportunities in the first half yielded no points. Elsewhere on special teams, Andre Roberts averaged 31 yards per kick return to start the Bills off on the right foot when their offense came on the field.

Taron Johnson PICK-6! 🏠@BuffaloBills take the lead before the half. #BillsMafia

At the risk of hyperbole, Johnson’s big play at the end of the first half may go down as one of the most impactful plays of the new century for the Bills franchise.

With the Bills’ offense struggling to gain traction and the Steelers holding a 7-3 lead, the first half scored appeared to be ready to read in favor of the visitors going into the halftime break. But, with Pittsburgh driving with barely over a minute to go in the half and looking to extend their lead, Johnson read Roethlisberger, his eyes fixated on the champion quarterback before stepping in front of JuJu Smith-Schuster to take the intended pass away. The ensuing 51-yard dash to glory gave Buffalo the lead at 9-7 and permanently shifted momentum in the primetime thriller.

Johnson, alas, wasn’t around to enjoy the postgame celebration. He left the game in the third quarter with a concussion and did not return.

ALLEN TO DIGGS! The @BuffaloBills extend their lead to 16-7!

Diggs’ propensity for yards after the catch came up big on Sunday night, consistently setting Buffalo up in Pittsburgh territory through eating chunks of yardage and clock. He was targeted 14 times during the contest, earning catches on all but three of those opportunities on a night where the Steelers were able to mostly hold his fellow catchers in check (though Gabriel Davis did break free for a touchdown). One of the biggest reasons behind the extension for general manager Brandon Beane, Diggs may well end this season as the most impactful veteran acquisition in the league this year.