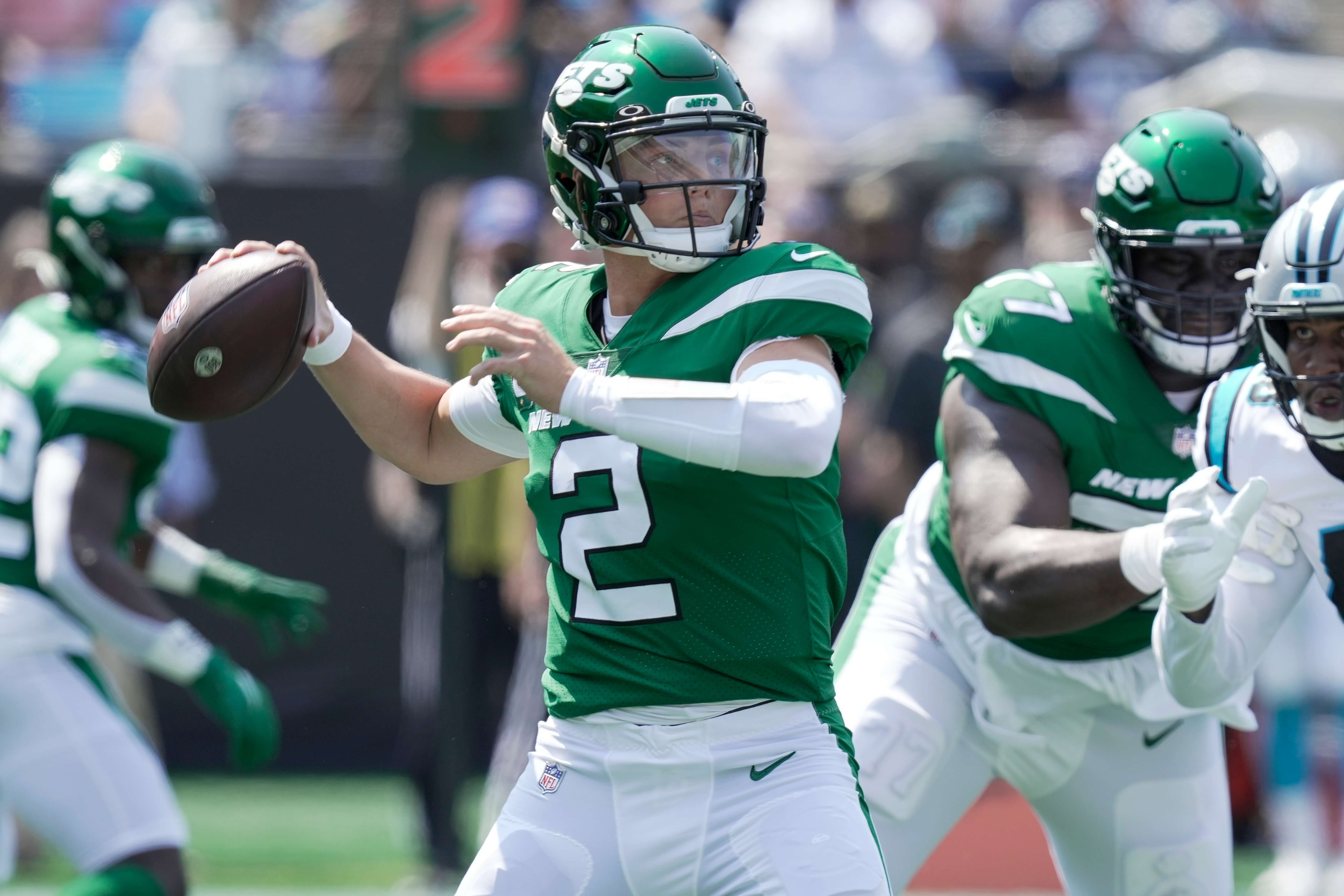 With apologies to the late, great Dennis Farina, the United Kingdom’s capital is a godsend to the New York Jets in the sense that it’s one of the few countries to host NFL football, that, to date, that has yet to host a Gang Green loss. The Jets won their first visit to the island nation in 2015, paced by a career day from Chris Ivory.

Six years later, the Jets are no closer to a Super Bowl but might be in the unusual position of being a one-win team faced with the closest thing it can possibly get to a trap game. The Jets are coming off an exciting victory against a recent AFC playoff staple from Tennessee (albeit one without the aerial services of A.J. Brown and Julio Jones), one that could be long remembered as the first win of the Robert Saleh/Zach Wilson era. They’re now granted a neutral site game against a Falcons that has failed to feast on a predominantly NFC East slate: they’ve already lost to Philadelphia and Washington and needed all 60 minutes to steal a win from the lowly Giants.

Armed with fresh momentum, particularly on offense, all signs point to the Jets starting a winning streak overseas. This being the Jets, of course, it’s never that easy. Atlanta has played better over the last two weeks after losing their first two contests by a combined 49 points. Cordarrelle Patterson is establishing himself as a legitimate offensive threat while the young talents of Calvin Ridley and Kyle Pitts can’t be denied. Matt Ryan isn’t what he used to be but has remained a serviceable option under center.

The Jets’ defense has tackled (pun intended) a lot of challenges and misconceptions over the past few weeks. Confidence has grown amongst the group, so they should be ready for what Atlanta is ready to throw at it. The big factor this week is how the offense builds on what they were able to do against the Titans. A prime opportunity lingers against a Falcons defense that has allowed 11 touchdown passes and has forced only two turnovers in its first four outings.

Jets-Falcons isn’t the most attractive matchup for the British…well, they did give the world the Cats musical, which in turn led to the garish film adaptation, so consider this revenge…but it should be an interesting case of two desperate teams fighting for 2021 relevancy. For the Jets, it’s a prime opportunity to build the promises of growth and development.

There have already been so many signs of such progress…again, the defense stitched together by draft weekend Saturday pick-ups has been extraordinary…but now there’s an opportunity to post them in the most important stockpile of all: the win column. Putting together consecutive wins is vital in this stage. The sooner Saleh and Wilson get a winning streak off their respective rookie to-do lists, the better.

They did it! The Jets finally won a game and now travel overseas for their London game against the Atlanta Falcons.

Atlanta has pieced together two strong performances in a row. They won against the Giants and put up 30 points against the Washington Football Team last week. Cordarelle Patterson has looked like a superstar and the Falcons’ offense seems to be picking up momentum.

Meanwhile, the Jets have found some momentum as well. The offense looks to finally have found a rhythm, and their defense looks really good, coming off a performance where they only allowed two scores. If the Jets’ pass rush can replicate their performance from Sunday, or even half of that, they will cause disruptions for Matt Ryan.

On the offensive side of the ball, the Falcons defense has allowed more than 32 points three times this season. This is an opportunity to continue their momentum as long as the Jets continue to open up the playbook. I’m taking the Jets to win and travel home from London happy.

Mags’ Best of the Rest

Divisional redemption awaits the Rams on Thursday night, as they should take advantage of a Seahawks defense still looking for stability.

Who Covers: Rams
Who Wins: Rams

Denver’s (angry) defense, fresh off a respectable effort against Baltimore, facing off with a Ben Roethlisberger showing his age ultimately should trump the decision under center between Drew Lock and the injured Teddy Bridgewater.

Who Covers: Broncos
Who Wins: Broncos

Nothing’s come easy for the Vikings but they should be able to handle business against a reeling Lions squad.

Who Covers: Lions
Who Wins: Vikings

Joe Burrow and the Bengals are one of the more feel-good stories of the early stages of the season, but leave it to Aaron Rodgers to provide a healthy dose of reality.

Who Covers: Packers
Who Wins: Packers

Though the spotlight is removed, Tom Brady should be able to reestablish another lost AFC East tradition: beating up on the hapless Dolphins.

The publicized fall to Brady’s new comrades at least proved the Patriots are trending in the right direction and the evidence should be visible on the scoreboard against the woebegone Texans.

Coming off a shocking home loss to the Giants while Tampa Bay and Carolina start to inch away in the NFC South, New Orleans simply needs this game more than Washington’s division title defense does.

Who Covers: Saints
Who Wins: Saints

The new-look Panthers’ first response to adversity comes against a reeling Eagles defense that let up 461 yards to Kansas City last week.

Even if the Titans are forced to sit Brown and Jones again, they have much bigger issues if they can’t take down a Jacksonville dealing with Urban decay.

Who Covers: Titans
Who Wins: Titans

The promise of more Justin Fields will help the Bears in the long run, but growing pains lie on the immediate road ahead.

Who Covers: Raiders
Who Wins: Raiders

This battle of dowtrodden offenses on the rise should come down to the offensive faceoff, and it’s hard to deny that the Chargers have the edge there for the time being.

One thing’s for sure: a battle between the exhilarating Cowboys and the determined-to-prove something Giants provide fireworks that rivalry has been lacking in recent stagings, even if it’s a little much to ask New York to stop the rolling Dallas offense on the road.

Who Covers: Giants
Who Wins: Cowboys

The Cardinals aren’t going undefeated…no team in NFL history is ever doing that again…but their unbeaten streak should continue against a pleasantly surprising 49ers team that’s on the cusp of a quarterback controversy.

Who Covers: 49ers
Who Wins: Cardinals

The Bills have feasted on subpar competition, but now face one of the scariest challenges in football that hasn’t been seen in years: a Kansas City Chiefs team with something prove in the regular season.

Who Covers: Chiefs
Who Wins: Chiefs

Fresh off a win in Miami, the Colts could sneak back into the division race with Houston, San Francisco, Tennessee, the Jets, and Jacksonville all looming ahead, but asking them to steal a primetime road tilt from Lamar Jackson and Co. is a little too much to ask for.

Who Covers: Colts
Who Wins: Ravens