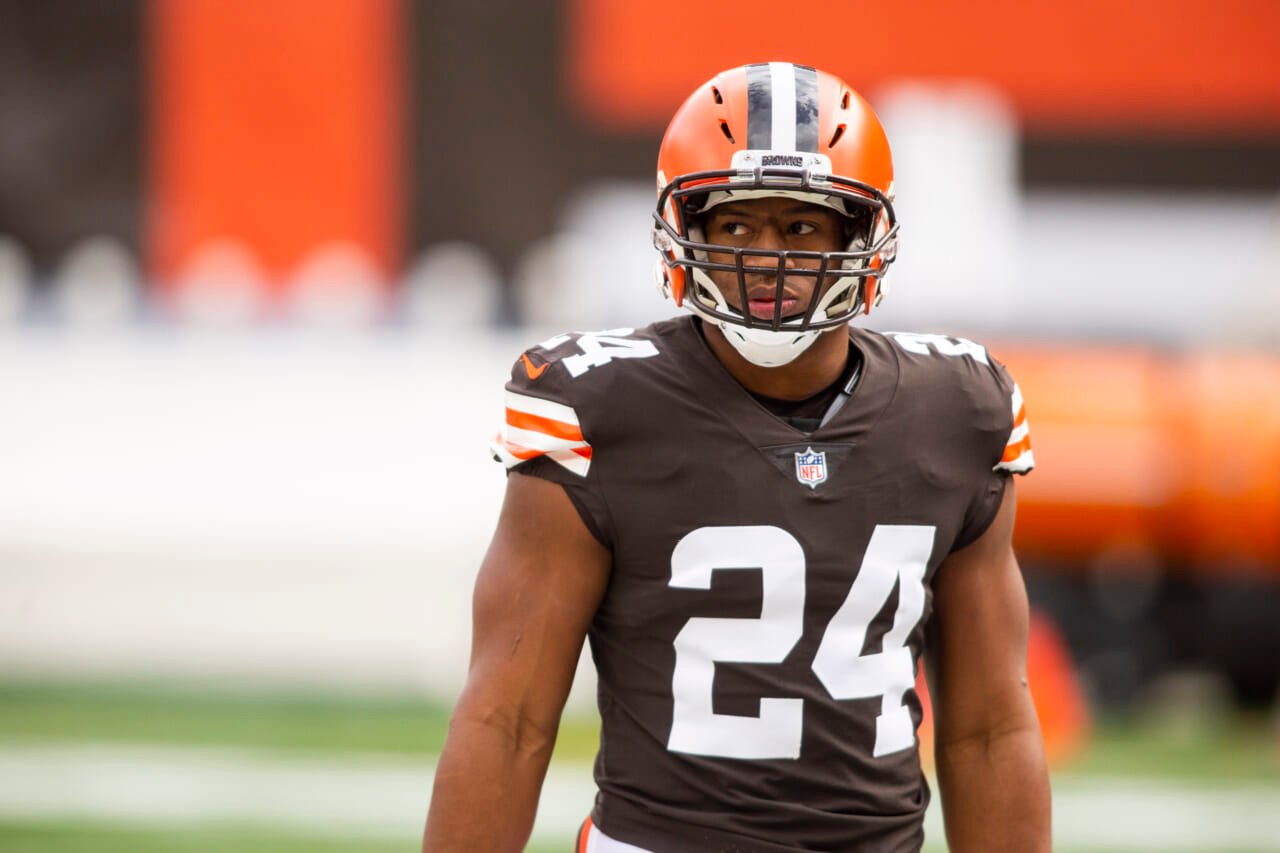 The New York Giants lost a crucial matchup with the Arizona Cardinals on Sunday. This loss moved the Giants down to second place in the NFC East as the Washington Football Team came out victorious against the San Fransisco 49ers. It is a tight race to the finish line for the top teams in the NFC East. Every game left on the schedule should be treated as a playoff game.

This race to the playoffs makes the Giants’ primetime Week 15 matchup that much more important. New York will host the Cleveland Browns next Sunday night in a difficult matchup that will greatly affect the Giants’ chance of winning the division. Cleveland is coming off of an impressive Week 14 performance that saw them come up just short against reigning MVP Lamar Jackson and the Baltimore Ravens. The Browns put on a rushing clinic against Baltimore, as they have all season long. If the Giants want to come out victorious against the Browns, they need to slow down Cleveland’s rushing attack.

The Cleveland Browns have the best running back duo in the NFL. Nick Chubb and Kareem Hunt are two top-tier running backs running out of the same backfield. This has helped Cleveland create one of the best rushing offenses in the NFL this season.

The Cleveland Browns are third in the NFL in rushing yards per game at 156.2 yards, behind only the Baltimore Ravens and Tennessee Titans. The Browns have totaled 16 touchdowns on the ground this season.

After a 2019 season that saw running back Nick Chubb total 1494 rushing yards, 2020 has seen the running back have another excellent season. The Browns’ 2018 second-round pick has dealt with injuries this year and played in only 9 games, but he has performed as one of the best running backs in the NFL when on the field. Chubb is averaging 5.9 yards per attempt and 97.9 yards per game, totaling 881 rushing yards and a career-high 9 rushing touchdowns in 9 games.

Kareem Hunt has been just as impressive though, whether filling in as the full-time back while Chubb was injured or splitting the workload with his teammate in the backfield. Kareem Hunt is averaging 4.4 yards per attempt and 59.4 yards per game as Cleveland’s secondary running back. Hunt has also provided the Browns with solid receiving ability out of the backfield, totaling 252 receiving yards and 5 receiving touchdowns, matching his total of 5 rushing touchdowns on the season.

The Browns’ running back duo has accounted for 19 of the team’s touchdowns this season. Cleveland’s offense runs through those two backs. If the Giants want to get back to their winning ways on Sunday, they need to slow down Cleveland’s rushing attack.