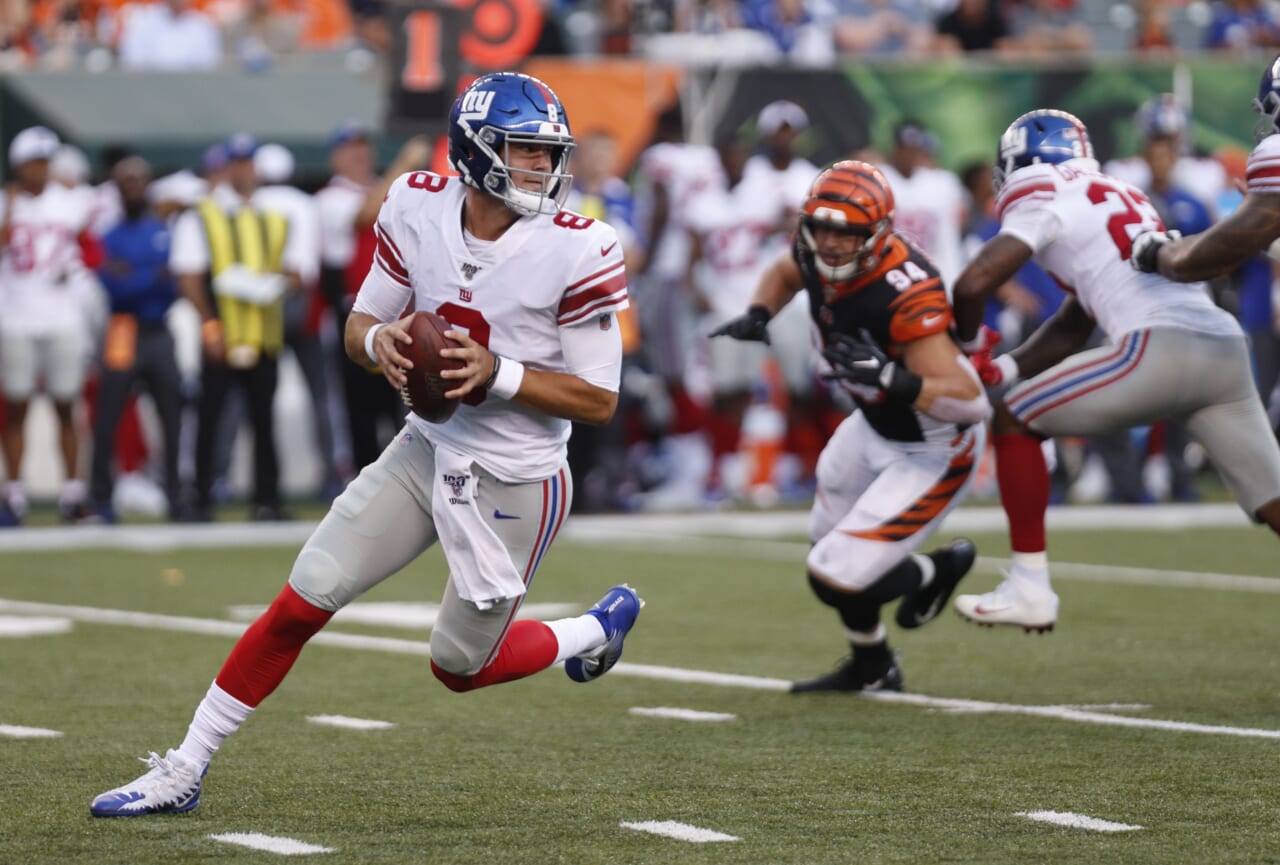 The New York Giants are fresh off of a bye week, ready to face off against the Cincinnati Bengals in Week 12. This is a critical game for the 3-7 Giants who sit one game back from first place in the NFC East. New York is still flying high off of their clutch victories against their rival Football Team and Eagles in Weeks 9 and 10, but need to continue their winning streak to stay alive in the playoff race.

The Cincinnati Bengals are 2-7-1 and lost last week to Washington. But for Cincinnati, it feelsN like they lost twice in one week. Not only did they fail to come out on top against Washington, but they also lost star rookie quarterback Joe Burrow to a season-ending injury. This means the Giants will face the Bengals and their backup quarterback Brandon Allen on Sunday.

This is the Giants’ most winnable game left on their schedule until Week 17. New York is in a prime position to pick up a momentum-building victory in Week 12 against a Bengals team starting a backup quarterback and possessing one of the worst defenses in the NFL.

Who do the Giants have left?

After the Giants’ Week 12 matchup with the Cincinnati Bengals, they will enter a four-week period where they play some of the best teams in the NFL. The Giants will travel to Seattle in Week 13 to play the Super Bowl-contending Seahawks. Then, New York will host the Arizona Cardinals, another certain playoff team that could be a darkhorse Super Bowl candidate.

After facing off with those two NFC West teams, the Giants will face off against two more AFC North teams. In Week 15, the Giants will host the 7-3, red hot Cleveland Browns. Cleveland has looked like a legitimate playoff contender the last couple of weeks and is heating up for a playoff run. Then, in Week 16, the Giants are going to be on the road again as they play the Baltimore Ravens. The Ravens are a team that has struggled at times this season, but they are still 6-4 and playoff contenders. Entering the season, Baltimore was a Super Bowl contender.

That is four weeks of playoff teams for the Giants after this Bengals matchup. Getting one last win before facing these four superior squads is crucial for the Giants. Furthermore, beating a bruised and battered Bengals team is necessary for the 3-7 Giants. This will be their last favorable matchup until they play the imploding Cowboys in Week 17. Now is the time to really prove that the Giants are better than their record indicates. 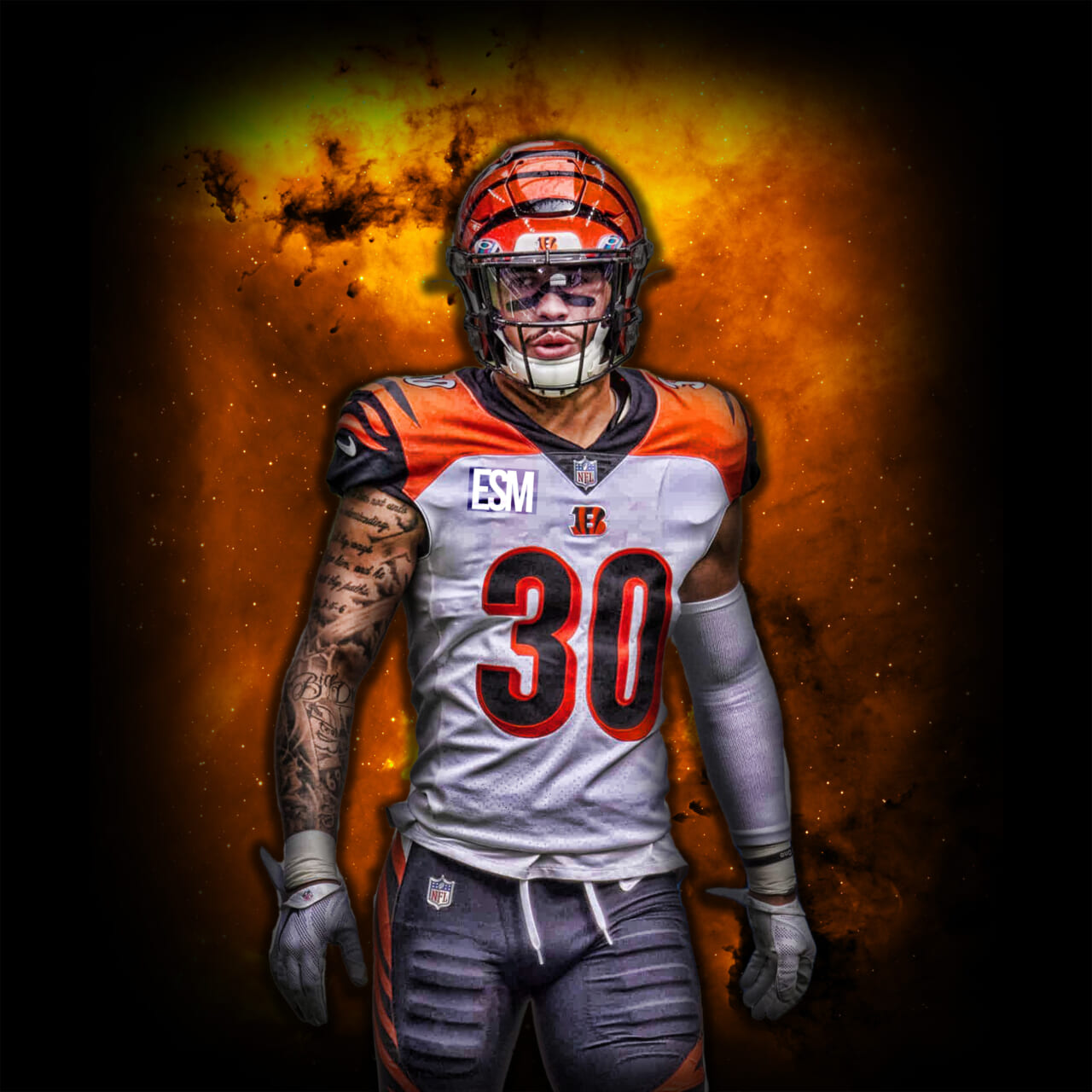 The New York Giants are once again entering a “must-win” scenario in Week 12. After seeing their divisional landscape change drastically over the last two weeks, the Giants find themselves in the middle of a four-way race to win the NFC East. This could be the year that the Giants make their first playoff appearance since 2016, but they are going to have to pick up some clutch wins before the season’s end if they want to make that pipe dream a reality.

That road to the playoffs starts this week in Cincinnati. The Giants will take on the Joe Burrow-less Bengals after resting in their Week 11 bye. The Bengals lost Burrow in a loss to the Washington Football Team. Washington is now on a two-game win streak after beating Cincinnati last week and Dallas this week on Thanksgiving. Washington looks red hot, but, luckily, the Giants went 2-0 against the Football Team this season and have a tiebreaker over them in the playoff race because of that.

So after losing to Washington and watching their first-overall draft selection go down with a season-ending injury, the Bengals find themselves at rock bottom. Their offense looked pitiful without Burrow in the lineup last week. The Giants need to win this game to improve their record to 4-7, tie for first place in the division, and stay in the playoff race.

The Bengals’ offense might not leave the Giants with too much to worry about. Joe Burrow and Joe Mixon are out and possibly even Giovanni Bernard. But the Bengals’ defense, on the other hand, could cause some problems for the Giants’ offense. One player, in particular, stands out on Cincinnati’s defense: Jessie Bates III. Bates is having a career year and looks like one of the best safeties in the NFL. Bates could slow down a Giants offense that has begun to pick up the pace in recent weeks.

Cincinnati Bengals third-year safety Jessie Bates has been a problem for opposing offenses in 2020. Bates is currently the highest-graded safety in the NFL according to Pro Football Focus as he is having a breakout career year.

Through ten games this season, Bates has been dominant on the backend for Cincy. Jessie has recorded 68 combined tackles, including 2 tackles for loss. But Bates’s run support is not what makes him so special. Jessie Bates is an ace in coverage and has shut down opposing passing attacks on a weekly basis.

Jessie Bates is a rangy safety that shuts down deep passing attacks:

The New York Giants might need to go with a more conservative passing game plan on Sunday as they look to avoid putting the ball in a situation where Jessie Bates III can make a play.