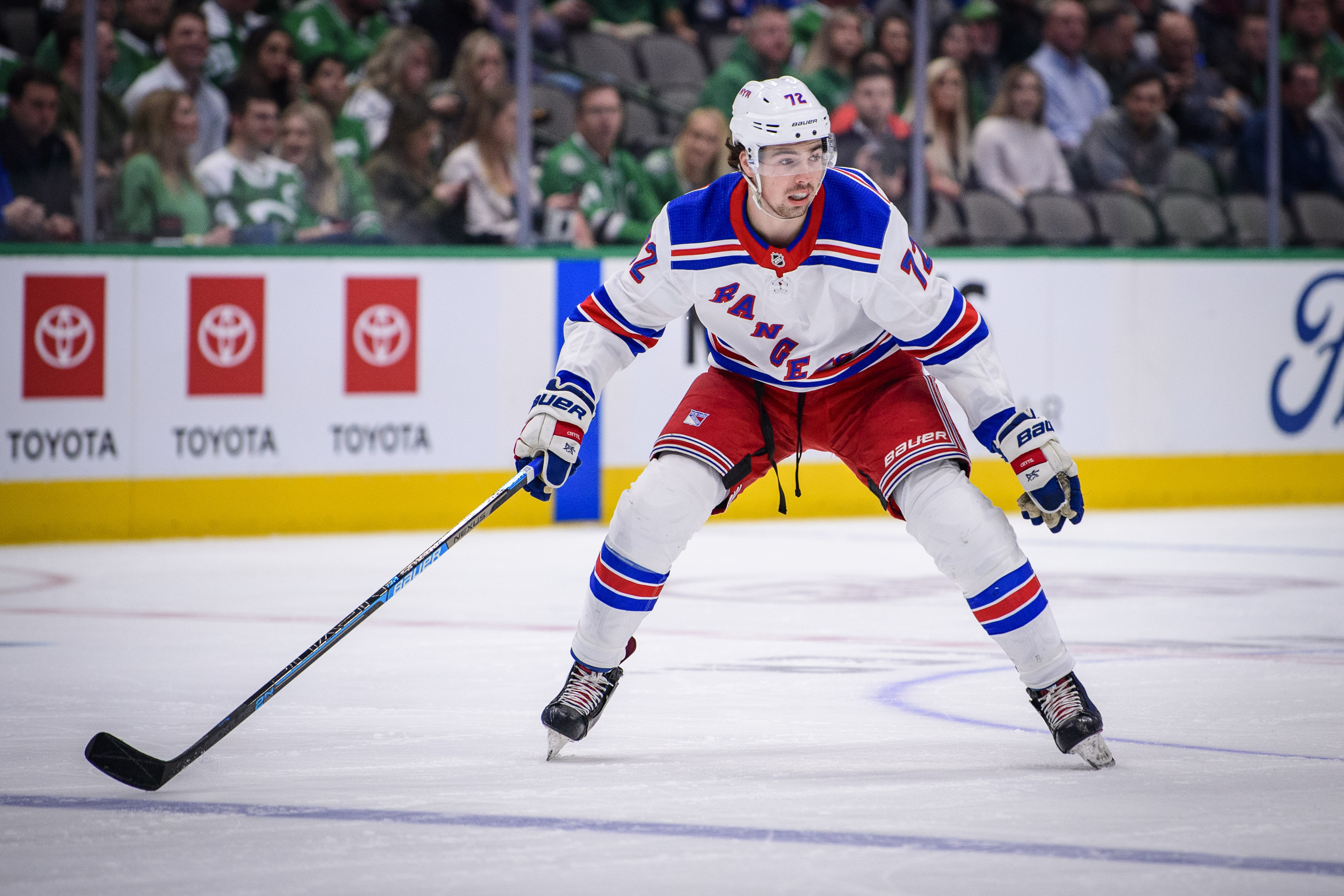 The New York Rangers have one of the most talented, young teams in the National Hockey League. Big-name players such as Igor Shesterkin, Kaapo Kakko, Adam Fox, and Alexis Lafrenière have garnered more media coverage than most veterans – and rightfully so. Shesterkin was outstanding in the first NHL games of his career last season, sporting a 10-2 record and a .932 save percentage. Kakko was the No. 2 overall pick in 2019, and in his rookie year, he tallied 23 points. Fox racked up 42 points last season, tied for the fourth-most among rookies. Lafrenière, to put it simply, is the most highly touted prospect in years. Each of them are huge pieces of the Rangers’ future, but there’s another young guy who hasn’t gotten the attention he deserves – 2017 first-round pick Filip Chytil.

Chytil has been on the third line for each of the Rangers’ four games this year, and with each of those games has come improvement. He’s currently riding a three-game point streak, including a goal in two straight. His goal on Friday night against Pittsburgh was nothing short of spectacular, as he flexed his magnificent stick-handling to tie the game at 1-1 in the second.

The Rangers should be ecstatic that the center on their third line is able to make a play like that. Depth is a vital aspect of a successful hockey team, and Chytil provides that.

His Chemistry With Kakko and Di Giuseppe:

Head Coach David Quinn has struggled mightily this season to find the best line combinations for his team. He is yet to send out an identical lineup card for two consecutive games. But luckily for him, it appears his third line is ready to be set in stone. In three games for the New York Rangers, the line of Phillip Di Giuseppe on the left, Chytil at center, and Kakko on the right has an impressive +4 scoring differential. That is the best plus/minus of any line combo on the team this year.

It’s clear that Chytil is benefitting from his new linemates, but just as impressively, Kakko is finally starting to look like the player he was supposed to be when he was drafted in June 2019. He looks significantly more confident on the ice now than when he was playing alongside Artemi Panarin and Ryan Strome earlier this season. That’s not a knock on Panarin or Strome, but it’s clear as day.

The fluidity of the sequence above is beautiful. Chytil senses Di Gieuseppe to his right, and Kakko knows he’ll be getting a clean pass to try a one-timer. Textbook hockey. The chemistry between the three is striking.

His Continued Growth Over The Years:

Since playing his first game in 2018, Chytil has done nothing but develop. It took him 15 fewer games in 2019-2020 to notch the same number of points (23) he had in 2018-2019. His efficiency improved as well, scoring three more goals on 19 fewer shots. Now in his third full season on Broadway, the 21-year-old is playing the best hockey of his life – and he’s only going to get better. It’s time Filip Chytil gets the respect and praise he deserves.