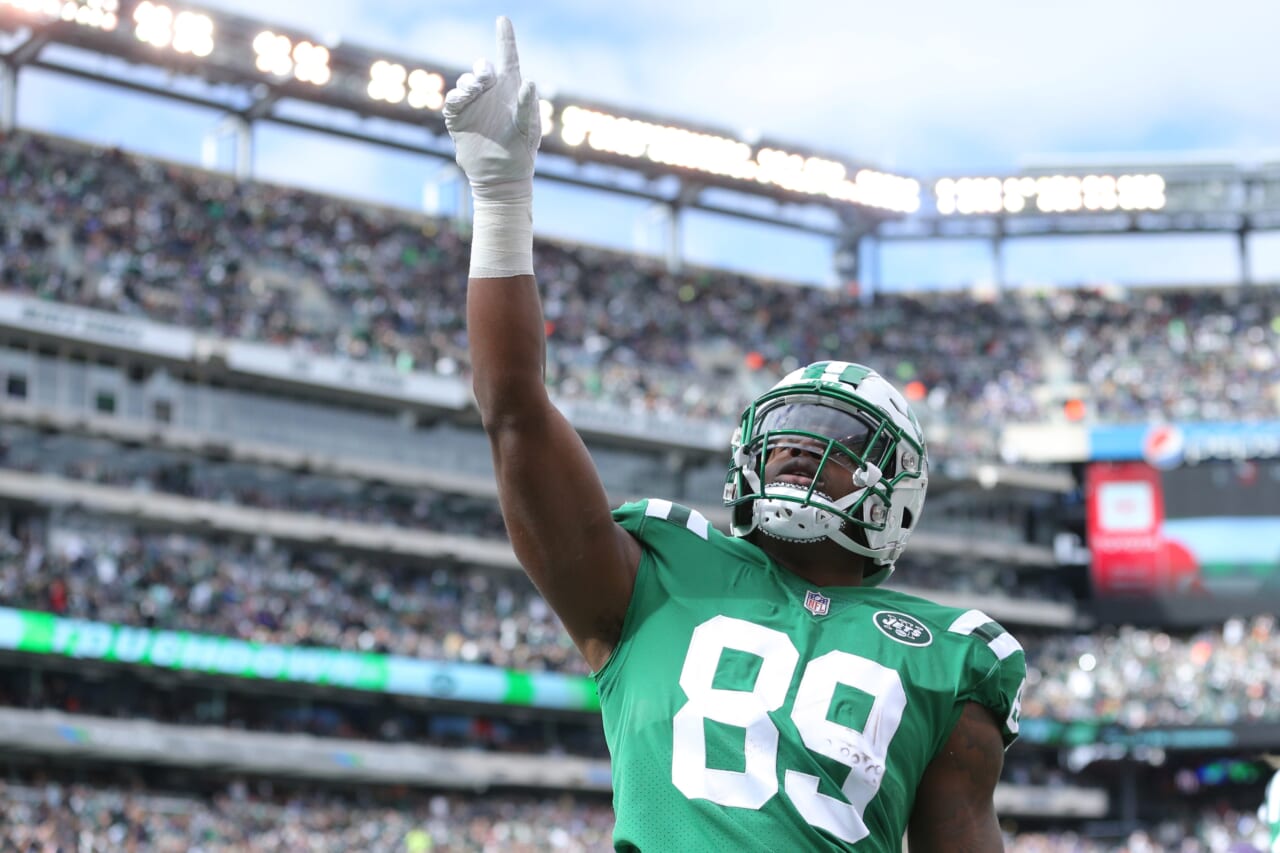 With the Jets gearing up to face off against a stout New England Patriots team on Monday night, they’re also preparing to welcome back one of their best offensive weapons, tight end, Chris Herndon.

Darnold salivated over the idea of gaining back his security blanket, stating:

â€œRight now weâ€™re just missing Chris, once all the guys are back together, I think weâ€™re unstoppable as an offense or we can be,â€ Darnold said after Thursday’s practice. â€œItâ€™s up to us how we execute or how well we go out there and play.

â€œItâ€™s really up to us how many points we score, I think. I think weâ€™re capable of scoring so many points. Our offensive line, too, they played well the last game, with the way weâ€™ve been running the ball and the way theyâ€™ve been protecting, I think skyâ€™s the limit for us.â€

The Jets undoubtedly have the talent to tack on the second and third, but it comes down to Darnold and if he can carry the momentum into Monday night.

What have the New York Jets been missing in Herndon?

The top tight end for the Jets amassed 502 yards and four touchdowns in 2018 over 12 games started. He’s not only a red-zone target for Darnold, but it was only his rookie season, and working out the kinks in his game was a priority. Going into his sophomore campaign with experience and chemistry with Darnold should make him a deadly option moving forward.