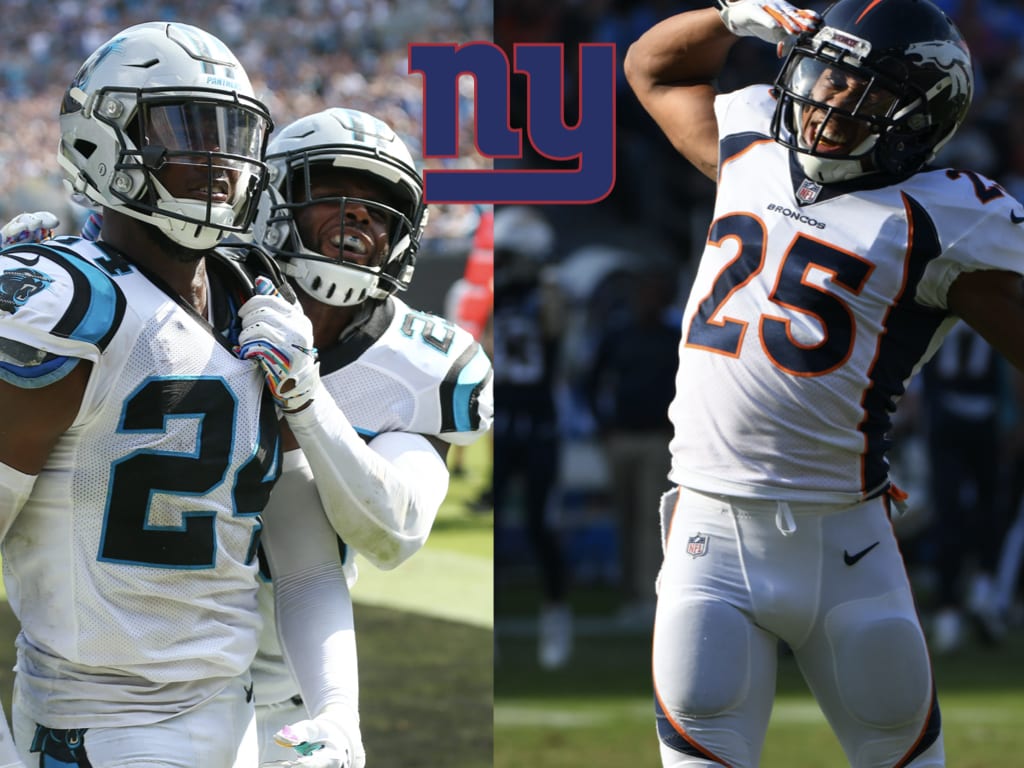 The top corner in free agency is none other than Dallas Cowboys’ Byron Jones. Anytime the New York Giants can steal one of Dallas’ top defensive playmakers away, it’s considered a massive success.

Jones is the top cornerback available on the market, and the Giants will have to drop a pretty penny on him if they wish to land him (likely north of $16 million per season). His statistical output doesn’t raise any eyebrows, but that’s mostly due to opposing quarterbacks staying away from his side of the field.

Considering Jones is just 27-years-old, investing big-money in him is justifiable, especially with the Giants lacking a shutdown corner on defense.

What if the New York Giants miss out on Byron Jones:

Two options intrigue me if the Giants are forced to inquire about alternative cornerbacks in free agency. Former Carolina Panther, James Bradberry, and Broncos’ Chris Harris.

Bradberry is a talented cover corner who’s versed in shadowing No. 1 receivers, but his biggest downfall is his tackling efficiency. Boasting an inflated 12.1% missed tackle rate compared to Byron Jones’ 2.1%, he’s a liability after the catch at times, but his numbers in coverage are impressive.

The 27-years-old only allowed a 59.8% completion percentage in 2019, recording three interceptions and 12 passes defended. He’s a cheaper option than Jones in free agency by a large margin, but a reliable backup plan if the Giants have no other choice.

Alternatively, they can seek assistance through Chris Harris, who’s entering the latter portion of his career at 31-years-old. Signing Harris to a two-year deal would maximize his value until he ultimately succumbs to age degradation. I like this move more-so than Bradberry given his experience and veteran mentality – he might cost the Giants around $13-14 million per season. Still, a two-year deal isn’t detrimental to their future cap holdings.

Other options include Logan Ryan, Bradley Roby, and Jimmy Smith as boundary-corners. The Giants need to pursue Jones aggressively, but the two names listed above represent decent alternatives. 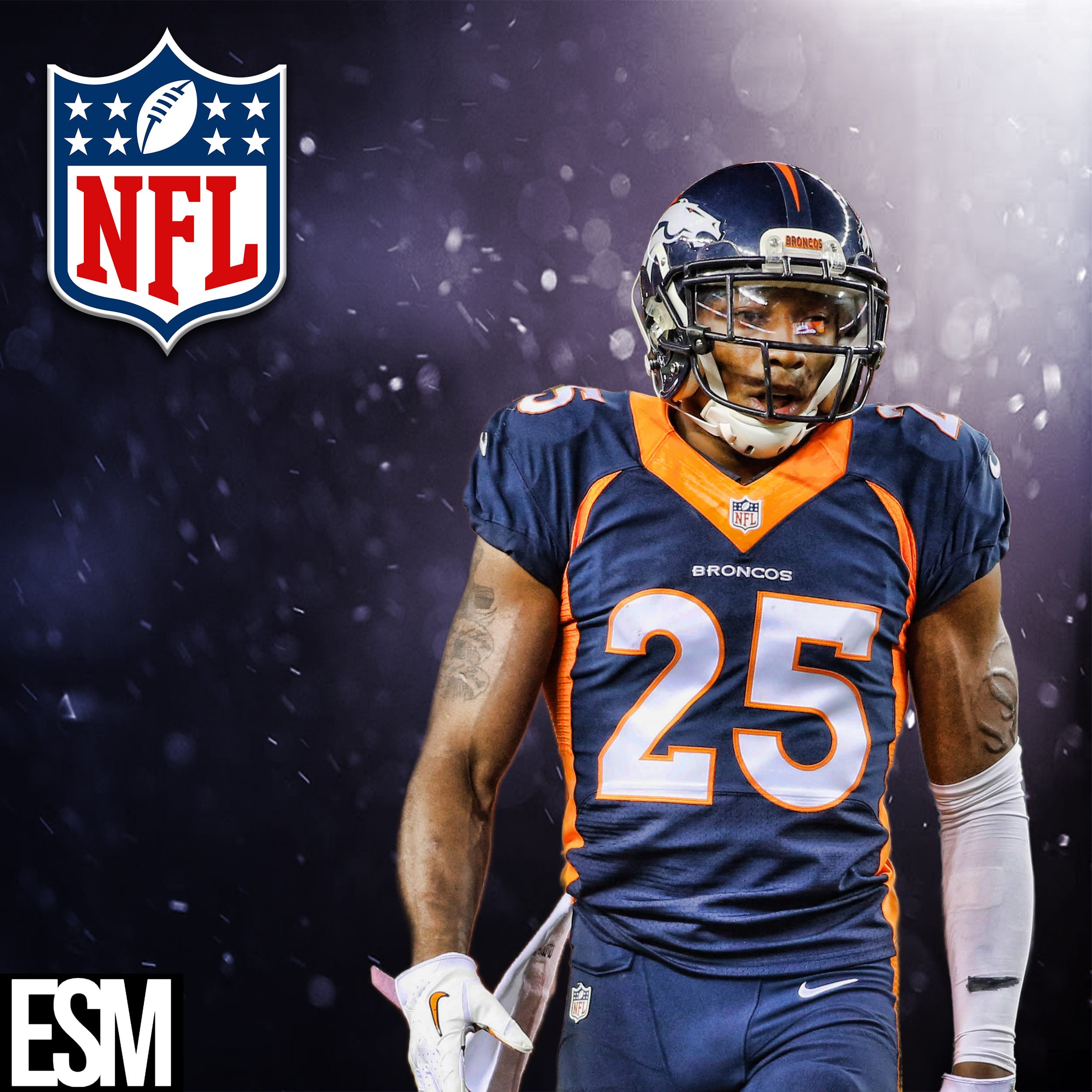 The 2020 offseason will see a multitude of elite players hit the open market. A long list of talented quarterbacks will be available: Drew Brees, Tom Brady, and Ryan Tannehill to name a few. This year’s group of free-agent pass-rushers is also strong as 2019’s sack leader Shaquil Barrett is about to hit the open market. The New York Giants will definitely dip their toes in that water, whether they pursue Barrett, Clowney, or Ngakoue. But the Giants should distribute their money in the secondary, too.

Currently, the New York Giants have $69 million in cap space. After they make their roster cuts, they should have upwards of $80 million. This gives New York the ability to spend whatever they want on whoever they want. They will need to pursue the younger talent in order to acquire some building blocks to keep around long-term. But there are talented veteran options for the Giants to consider as well. Chris Harris Jr. is one of the best cornerbacks in the NFL. Despite him being 30-years old with nine years of experience, Harris Jr. should be near the top of the Giants’ list of free-agent targets.

Chris Harris Jr. has been one of the best cornerbacks in the NFL over the years. He has spent all nine of his NFL seasons with the Denver Broncos and has only missed 5 games in his career. Chris Harris has been to four Pro Bowls and was a First-Team All-Pro in 2016.

The reason Chris Harris Jr. is such a great fit for the Giants is that he is a slot cornerback. The Giants’ slot cornerbacks over the past few seasons have struggled intensely. Grant Haley was benched in 2019 for Corey Ballentine who did not look impressive either. Signing Chris Harris Jr. would take that position of weakness and instantly turn it into one of the team’s strongest positions with Harris, one of the position’s most talented players.

Chris Harris Jr. did seem to take a step back in 2019. He was not the same elite player he always has been. But this was his first season playing primarily as an outside cornerback. Harris is good enough outside, but he is exceptional in the slot. He has the coverage ability to plays both man and zone coverage from the slot. He is a truly versatile player that can transform a defense and take an opponent’s receiver out of the game. 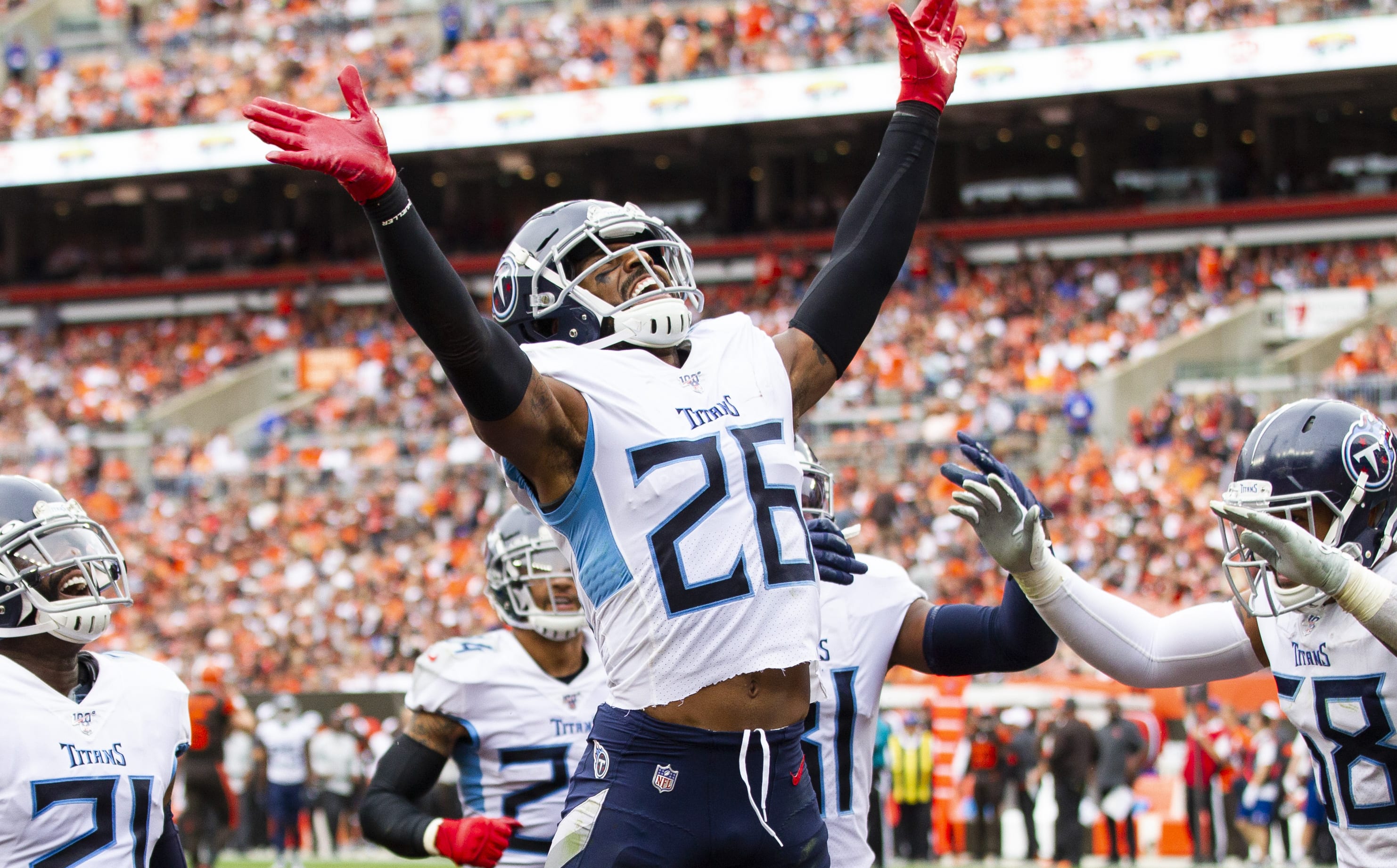 With the New York Giants waiving veteran cornerback Janoris Jenkins on Friday morning after sending a profound Tweet to a fan and refusing to apologize for his use of “slang,” a gaping hole in the secondary has formed.

Jenkins was the No. 1 corner for the Giants and has been relatively consistent since his addition in 2016. Several problematical actions this season and during a tumultuous 2017 campaign (Ben McAdoo era) have finally led to his exclusion from a rebuild that’s bleeding at the seams.

General manager Dave Gettleman has made focusing on their youth a priority, considering the lack of success the team has had over the past two seasons. Now, heading into 2020, Gettleman must find a way to supplement the loss of Jenkins, as throwing DeAndre Baker into the fire is not a preferred scenario.

Here are three cornerbacks the New York Giants can invest in:

Harris is one of the better corners in the NFL, racking up 46 tackles and one interception over 13 games this season. This year, however, has been downward trending, as he currently has a 70.2 overall grade, per PFF. In 2018, he racked up three interceptions, and 10 passes defended, far surpassing his numbers from the current campaign.

Considering his unproductive 2019 season, the Giants might be able to secure him on a salary-cap friendly deal. As friendly as a quality cornerback can be.

At just 29-years-old, Logan Ryan is a stellar option for the Giants in free agency. His 94 tackles, four sacks, and seven QB hits make him a multi-faceted corner than can be a threat at corner. Factor in his four interceptions and two forced fumbles and the Giants are looking at one of the best all-around corners in football, but it will take a lot of money to lure him to a defense littered with youth and inexperience.

I estimate a player of Ryan’s abilities will earn upwards of $15 million per season, but the Giants have the cap-space to spare.

The oldest of the trio, Smith, is another quality player on a great defense led by Ravens’ Don Martindale. Smith has missed six games this year and is graded a smidge below Chris Harris at 70.1.

However, he has been a force in the secondary for quite some time and might be a great value pickup for the Giants, considering his experience and leadership. He’s the type of player that elevates his teammates, something Janoris Jenkins was void of during his tenure with the Giants.

The days of Smith being a lockdown corner might be over, but he’s a capable player that can supplement Jenkins’ departure.