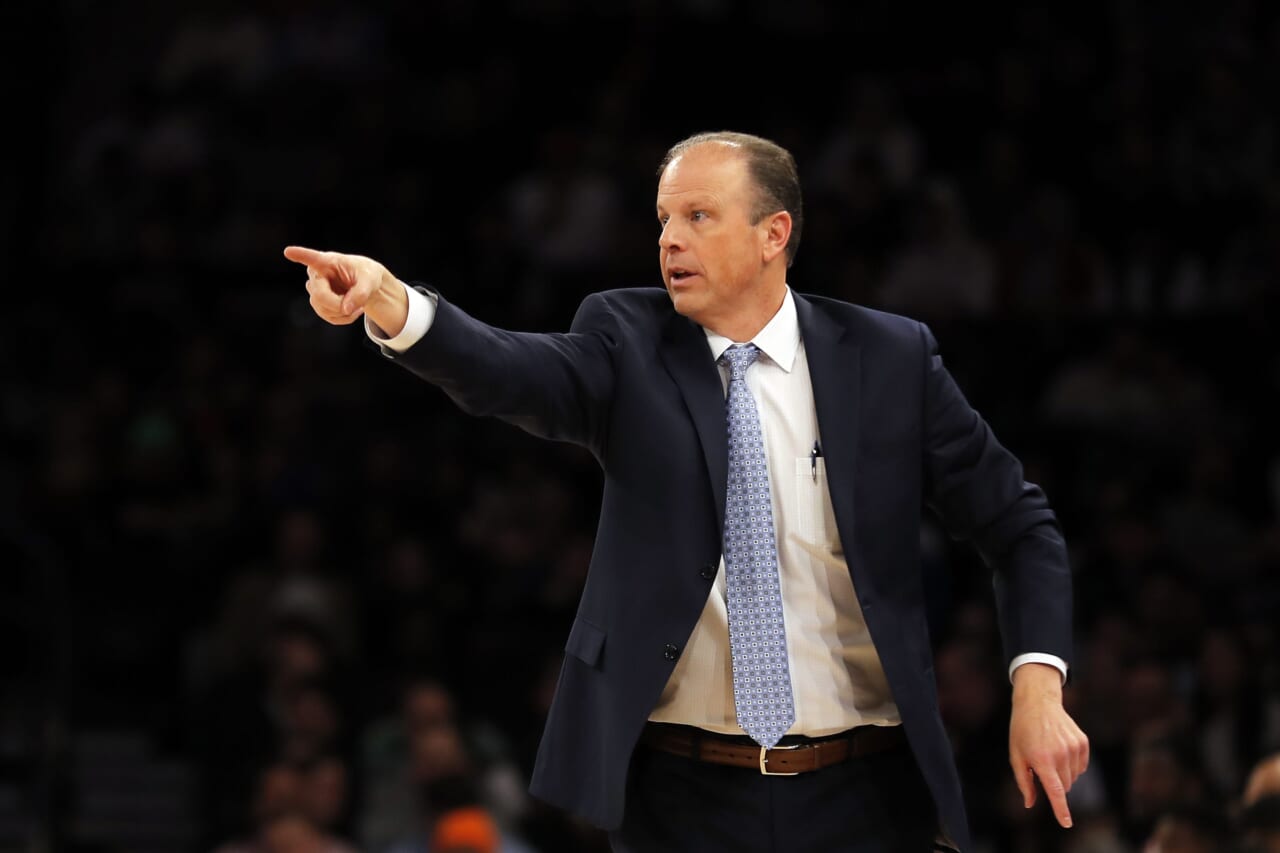 Charlie Ward mentioned he had Jeff Van Gundy on his Chalk Talk With Charlie Ward series about a week ago. Ward states:

“He’s itching to get back in, but of course he wants the right situation. I know that he said he has turned down some jobs and he hadn’t been able to get some jobs that he really wants which he thought would be a good situation for him. I don’t know if the Knicks right now are in a position to have a guy like him because of their roster and I know there has been talks about one of his understudies, Coach Tom Thibodeau. So I think at this point it’s hard when you don’t have the stability in any organization I don’t care what organization it is, you got to have stability if you want to be successful long term’.

‘He understands what it takes to be successful and right know the stability piece is not in place for a guy like him”.

Ward then states his support for Mike Miller:

Coach Miller came in and did a great job of rallying the troops and at least making them respectable every game. For the most part they were competing close to winning and he could be the next Jeff Van Gundy.