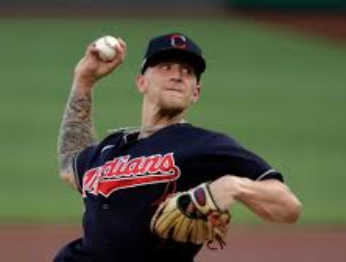 If there is anything we know about New York Yankees general manager Brian Cashman, he often works in secret and comes up with such surprising dark horses in moves to improve the team. For example, when fans wanted him to target Manny Machado or Bryce Harper, he instead went after a relative unknown in DJ LeMahieu of the Colorado Rockies, and we all know how that turned out.

We all know that all his picks haven’t been good, Jacoby Ellsbury comes to mind, but more often than not,, Cashman chooses well. In this strange offseason,, after losing tons of money this season and owner Hal Steinbrenner wanting to stay under the luxury tax threshold, Cashman will have to be very creative.Â  Here are a few under the radar players he could target.

The New York Yankees are familiar with Smith, he started his major league career with the Yankees in 2017 after being drafted 14th in 2013. He went 0-1 in nine games, two as a starter.Â  The Miami Marlins unexpectedly traded for Starling Marte on Aug. 31, and Smith went on to have a very solid September for a D-Backs. He went 0-0 in three starts withÂ  a low ERA of 2.45.

Smith continues to look like someone who should outperform his surface numbers thanks to the swing-and-miss data, and heâ€™d be a great fit for a No. 4 starter in the Bronx. He does give up the homer, 33 in 2019 with the Marlins but he also strikes out a lost of players with his fastball and sweeping curve ball.

The Yankees have worked with Derek Jeter of the Marlins before successfully which might make general manager Brian Cashman take a look at Pablo Lopez. Lopez has been around for while, he was drafted by the Seattle Mariners in 2012. In 2013 he went 7-1 with an ERA of 2.57 in 12 starts. After spending time in the minors he was traded to the Miami Marlins in 2017.

LÃ³pez was promoted to the major leagues on June 30, 2018, and he made his MLB debut that same day as the starting pitcher vs the New York Mets. He pitched six innings in which he gave up two runs on six hits while walking one and striking out five, earning the win as Miami defeated the Mets 5-2. In 2019 he was 5-8 with an ERA of 5.09. His 2020 performance was better at 6-4 and an ERA of 3.61. Lopez has a fastball the maxes out at about 97mph, a curve and changeup. He would be a solid 4th or 5th pitcher in the Yankee rotation.

Zach Plesac of the Indians

While the New York Yankees are on the phone with the Cleveland Indians seeing how much they will require for the services of Francisco Lindor, they ought to drop the name of Zach Plesac.Â  As Triston McKenzie has emerged as yetÂ anotherÂ excellent young option for the Indians, they might be will to let go Plesac.

Many saw Plesac as a target for Brian Cashman at this year’s trade deadline, but Cashman ended up doing nothing before the trade deadline. Plesac had an excellent 2020 season with the Indians going 4-2 with an ERA of 2.28 in eight starts. That is similar to the performance of Yankee ace Gerrit Cole. The difference between the two is that Plesac could come to the Yankees at 1/10 of the cost.

Whatever the New York Yankees do this offseason we know that they will be penny-pinching after owner Hal Steinbrenner announced that he wanted to stay under the luxury tax threshold. All three of these pitchers would be good pitchers for the Yankees in the middle of the rotation and would come to the Yankees economically.

He spoke with @jonmorosi afterwards. pic.twitter.com/spQ374Cx82