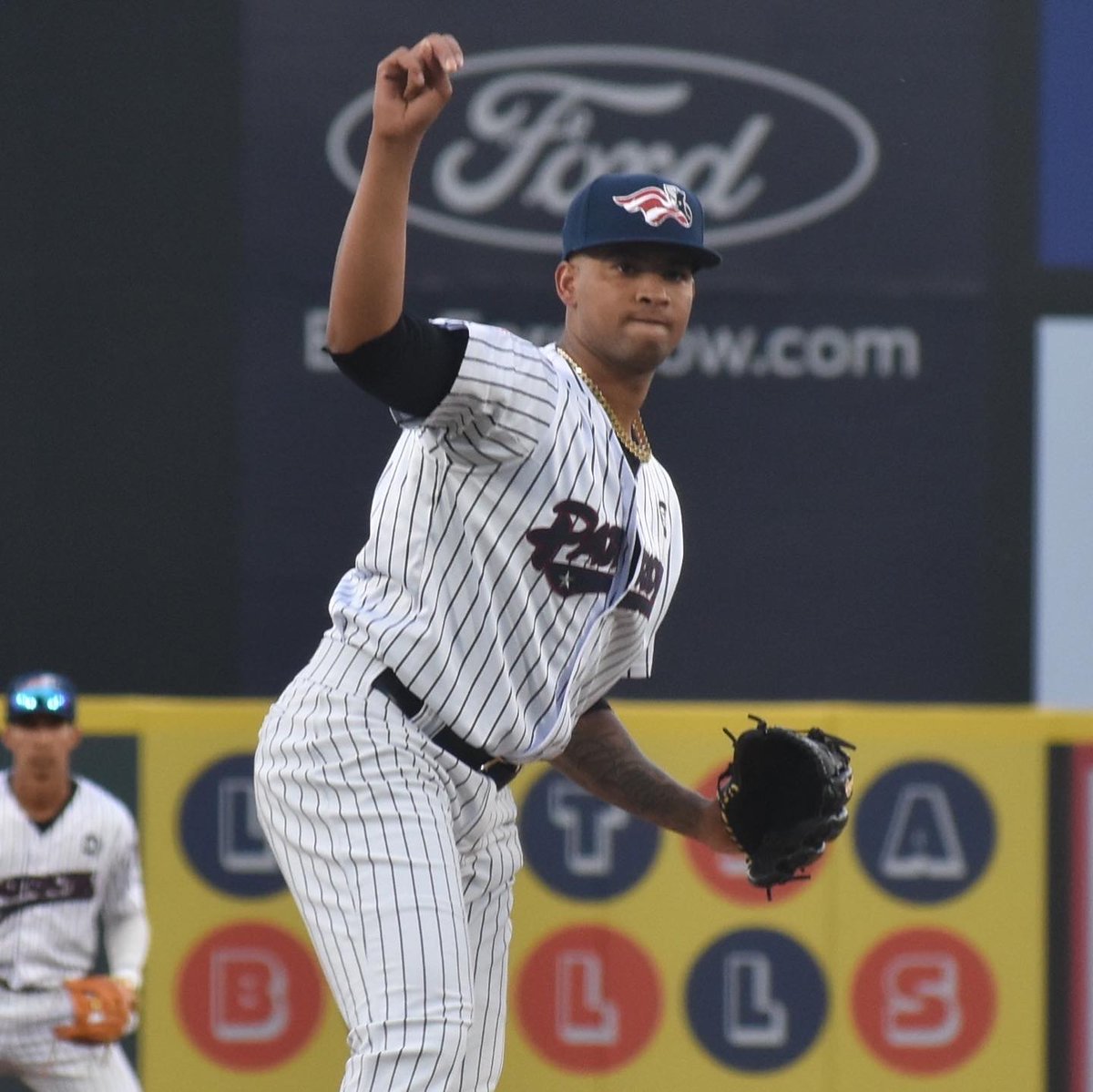 After losing game one to the Baltimore Orioles and finding that ace Gerrit Cole tested positive for the coronavirus, another blow beset the Yankees with a second Yankee starter testing positive Jordan Montgomery has now been named as the newest addition to the Covid list. Pitching tonight for the Yankees was Luis Gil (Heel) in his major league debut. The Yankees needed to win this game tonight to have any chance at taking the series from the Baltimore Orioles. The Yankees blew out the Orioles 13-1.

In the first inning, Gil took the mound in his debut and flew out Cedric Mullins. Ramon Urias struck out. Ryan Mountcastle reached on a collision with Rizzo. Anthony Santander flew out to Judge in right to end the half and a good first inning for Gil. At the bottom, DJ LeMahieu ground out. Anthony Rizzo flew out to right. Aaron Judge flew out as the Yankees were retired in order. No score.

At the second, Anthony Santander led off against Gil, and he flew out to center. Austin Hays flew out to Torres. Pedro Severino went down looking as Gil had a 1-2-3 inning. At the bottom, Giancarlo Stanton flew out to center. Joey Gallo went down on strikes. Gary Sanchez got a base hit to right-center. Gleyber Torres got an RBI double that split the centerfielders scoring Sanchez from first. Rougie Odor ground out to second, but the Yankees took the lead in the game. New York Yankees 1 Orioles 0.

Maikel Franco led off the third inning by grounding out to short. Pat Valaika ground out to LeMahieu at second. Mullins struck out swinging for another 1-2-3 inning for Gil. At the bottom, Greg Allen led off for the Yankees and was hit by a pitch and went to first. LeMahieu had an RBI double that split the outfielders, with Allen scoring for the second Yankee run. Rizzo doubled, scoring LeMahieu for the third Yankees run, Judge singled to left. With men on the corners and no outs singled, Stanton drove in Rizzo for the four-run Yankee lead. Gallo went down on strikes. Sanchez doubled to the left-field wall, scoring Judge for the inning’s fifth run, knocking out Wells. Torres faced the new O’s pitcher Adam Plutko flew out to center, but Stanton scored for the sixth run off the inning. Odor struck out swinging, but the Yankees brought nine runners to the base scoring six runs. New York Yankees 6 Orioles 0.

In the fourth inning, Urias popped out to Rizzo. Mountcastle ground out to third. Santander singled to center. Hays singled to right. DJ Stewart died. In the Yankees, half Yankees Stanton homered to drive in three runs for the Yankees. Yankees 9 Orioles 0. It was Stanton’s 17th home run of the season.

The fifth and sixth inning was scoreless for both the Yankees and the Orioles. Luis Gil finished his debut night after the sixth inning, giving up just 4 hits while striking out six Orioles in his scoreless New York Yankee debut. His last pitch of the inning was a strikeout. Gil only walked one Oriole in the game.

At the top of the seventh, Stewart stuck out. Severino struck out. Franco doubled down the left-field line. Valaika struck out. Stephen Ridings had three strikeouts in his relief debut.  At the bottom, Stanton ground out. Gallo flew out to center. Sanchez ground out to end the inning. New York Yankees 9 Orioles 0.

The top of the Orioles lineup led off the eighth inning. Mullins against Brody Koener making his debut singled to center. Urias ground out to Wade at third. Mountcastle got an RBI double to let the Oriole on the board. Ryan McKenna ground out. Hays ground out, and Stewart flew out to end the half. At the bottom, Gleyber Torres led off against Shaun Anderson and singled to left field. Odor singled to right. Grey Allen flew out to the warning track in right. Tyler Wade men on the corners and one out hit a double down the right-field line to score Torres and Odor for the Yankee 10 run lead. Wade, on a passed ball, advanced to third base. Rizzo, who was 2 for 4, ground out to second as Wade scored. Judge homered for a solo shot to the short porch in right. Stanton flew out to center, but the Yankees picked up another four runs. New York Yankees 13 Orioles 1.

At the top of the ninth inning and last licks for the Baltimore Orioles, Severino faced Koener still in the game and popped out to Odor. Franco was hit by a pitch and took first. Valaika hit into a double play to end the game as the Yankees bounced back with 13 runs. The final Score was the New York Yankees 13 and the Baltimore Orioles 1. The winning pitcher was Luis Gil, and the loser was Alexander Wells.