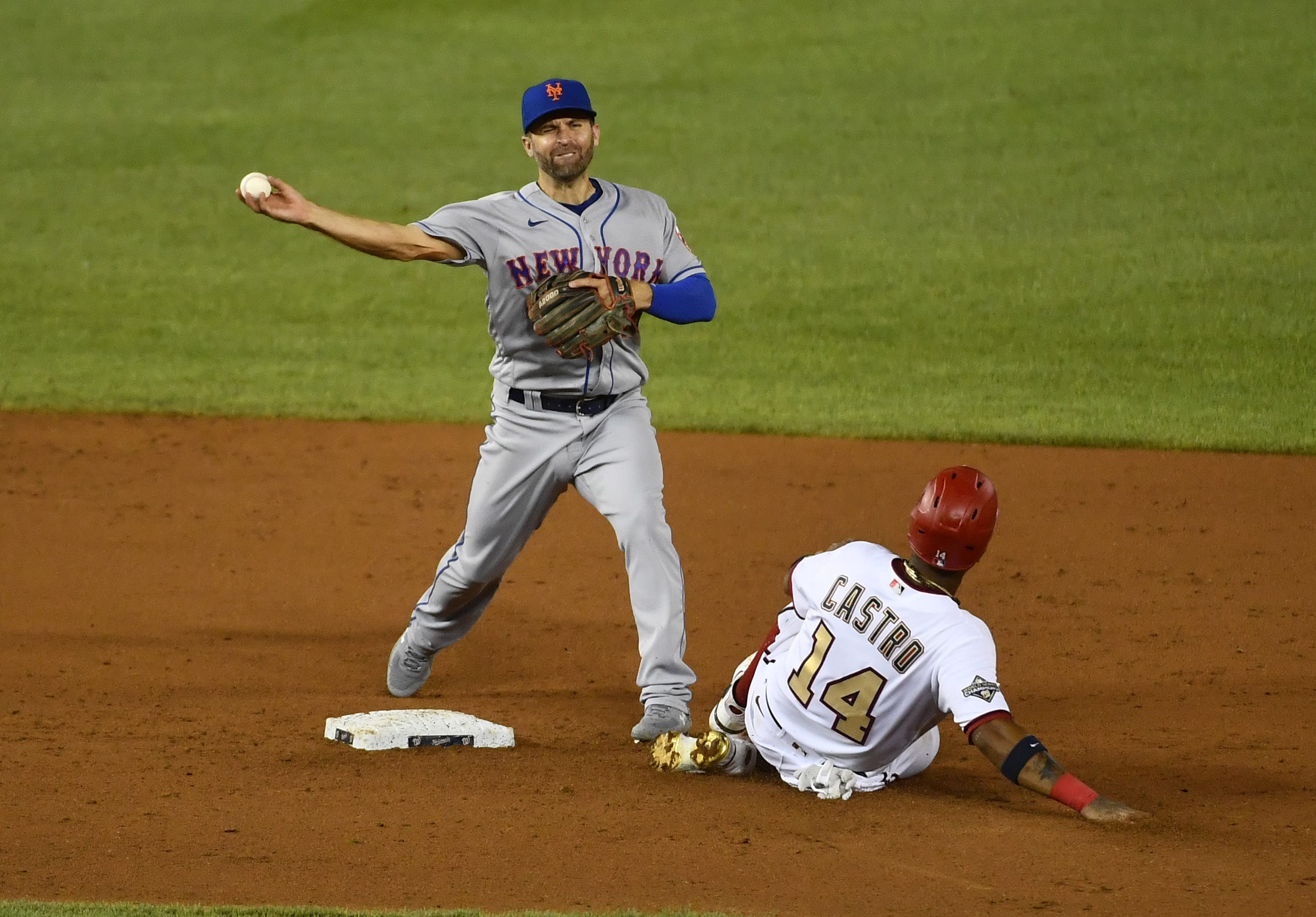 The New York Mets thought they added a solid depth piece when they brought in 2020 World Series champion Brian Dozier. The veteran second baseman was fresh off six consecutive 20 home runs seasons and remained a legitimate power threat. Unfortunately, Dozier struggled to find consistency at the plate along with consistent playing time and was released a month after he was signed.

More Brian Dozier, on wrestling with the decision to play this season before ultimately signing with the Mets: pic.twitter.com/QBXS5JGJhC

Dozier was a member of the San Diego Padres from Spring Training through his release in the middle of summer camp. After 11 days of toying with the idea of playing in the 2020 campaign, he decided to join the Mets right before the season.

The surprising emergence of Andres Gimenez and Luis Guillorme severely limited Dozier’s opportunities to play against right-handed pitching. All but two of Dozier’s plate appearances came against left-handed pitchers, but even then, it was hard to slot him in the lineup.

Dozier only started four of seven games over a two week period and only recorded two hits. Both hits were singles, and it was clear that he was struggling with transitioning into a bench role. It was the first time Dozier would not play in at least three-quarters of the season since his rookie season back in 2012. He also netted -2 defensive runs saved in the small sample size he played at second base.

The Mets released Dozier on August 23, and no other team picked him up for the rest of the season. It was shocking considering his past track record and his career .441 slugging percentage. As a worst-case scenario, Dozier will likely get spring training invites for 2021. There should still be plenty of value in his bat, despite the low batting average that comes with it.

Overall: 20 (40), Could still be a useful player on a good team. Just needs consistent at-bats. 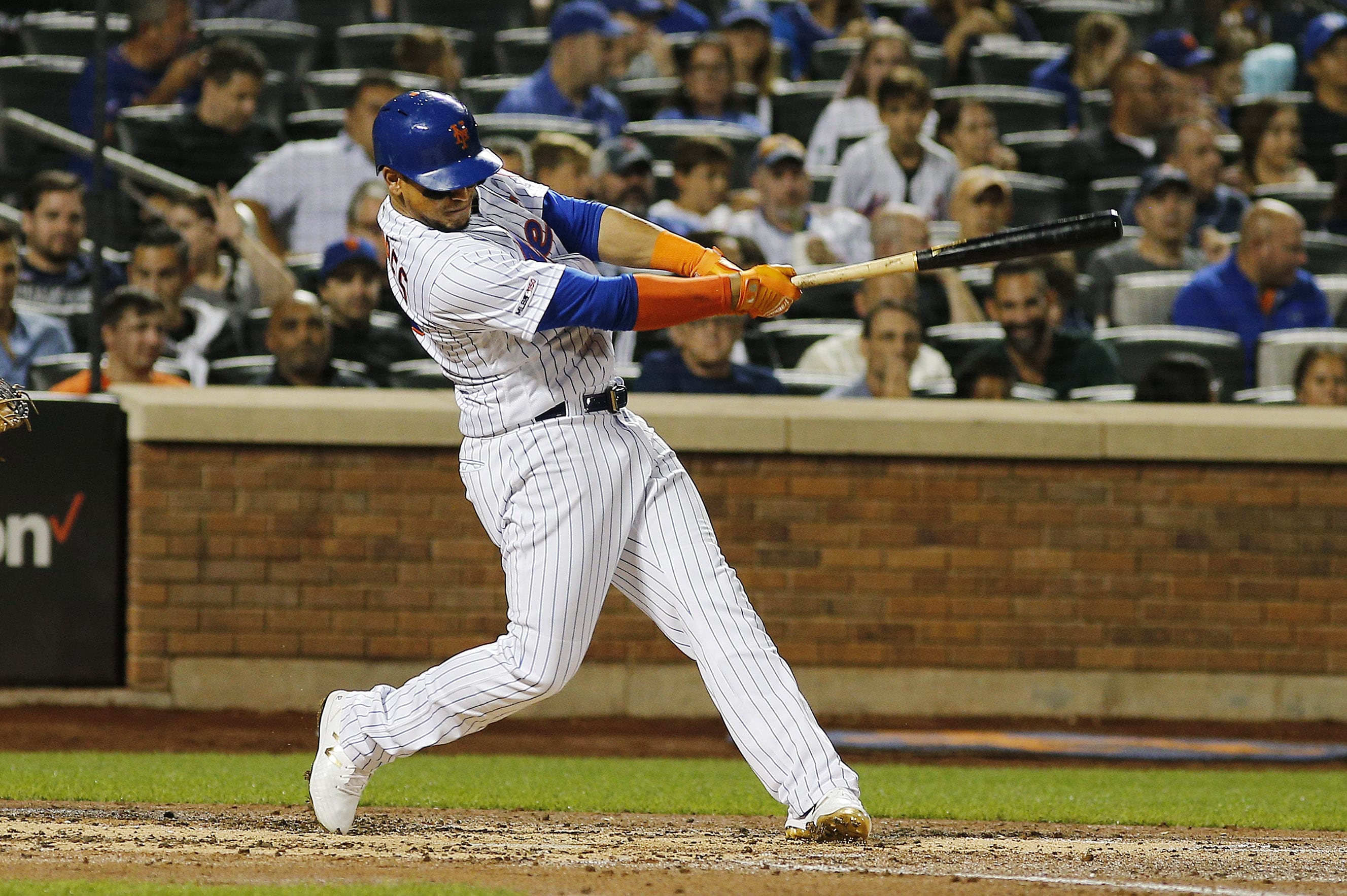 The New York Mets continue to add veterans to their player pool as injuries are slowly taking over the roster. Former Met Juan Lagares and 2019 World Champion Brian Dozier sign minor league deals with the Mets to add more depth to their roster. They release Gordon Beckham and Melky Cabrera to make room in the player pool.

Neither Brian Dozier nor Juan Lagares are considerations for the Mets' Opening Day roster. They signed under the expectation that they will begin the season at the team's alternate training site in Brooklyn.

Veteran depth, with 15 seasons of big league experience between them.

Though neither player is going to make the opening day roster, the quality depth is needed. Lagares opted out of his San Diego Padres deal and is an insurance policy for Jake Marisnick, who is dealing with hamstring tightness. The only difference between them is Marisnick brings a little more in the power department. Both players are defensive wizards in the outfield, and Lagares has plenty of experience filling in for injured Mets.

When Jed Lowrie went on the Injured List, once again, the Mets lack any backup infielders with power. Dozier has at least 20 home runs in six straight seasons and hit a career-high 42 in 2016. He struggled in Spring Training with the Padres and opted out of his deal, like Lagares. The Mets will likely start the season with Luis Guillorme as the back up middle infielder, but if they need more with the bat, Dozier should get the call first.

Both players are productive depth pieces, and now their only concerns are with their pitching. They still need more quality depth there, especially with Marcus Stroman questionable for the opening series.