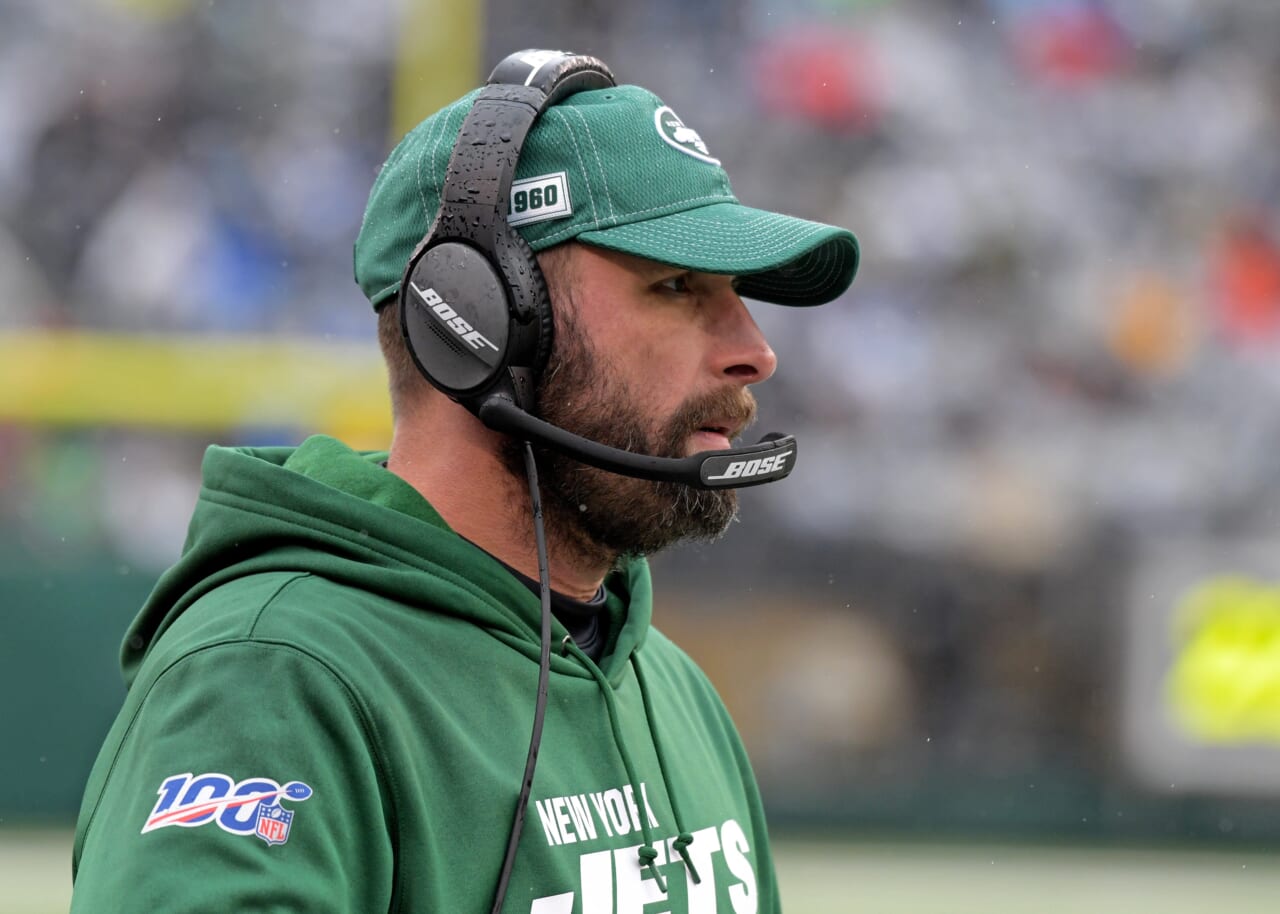 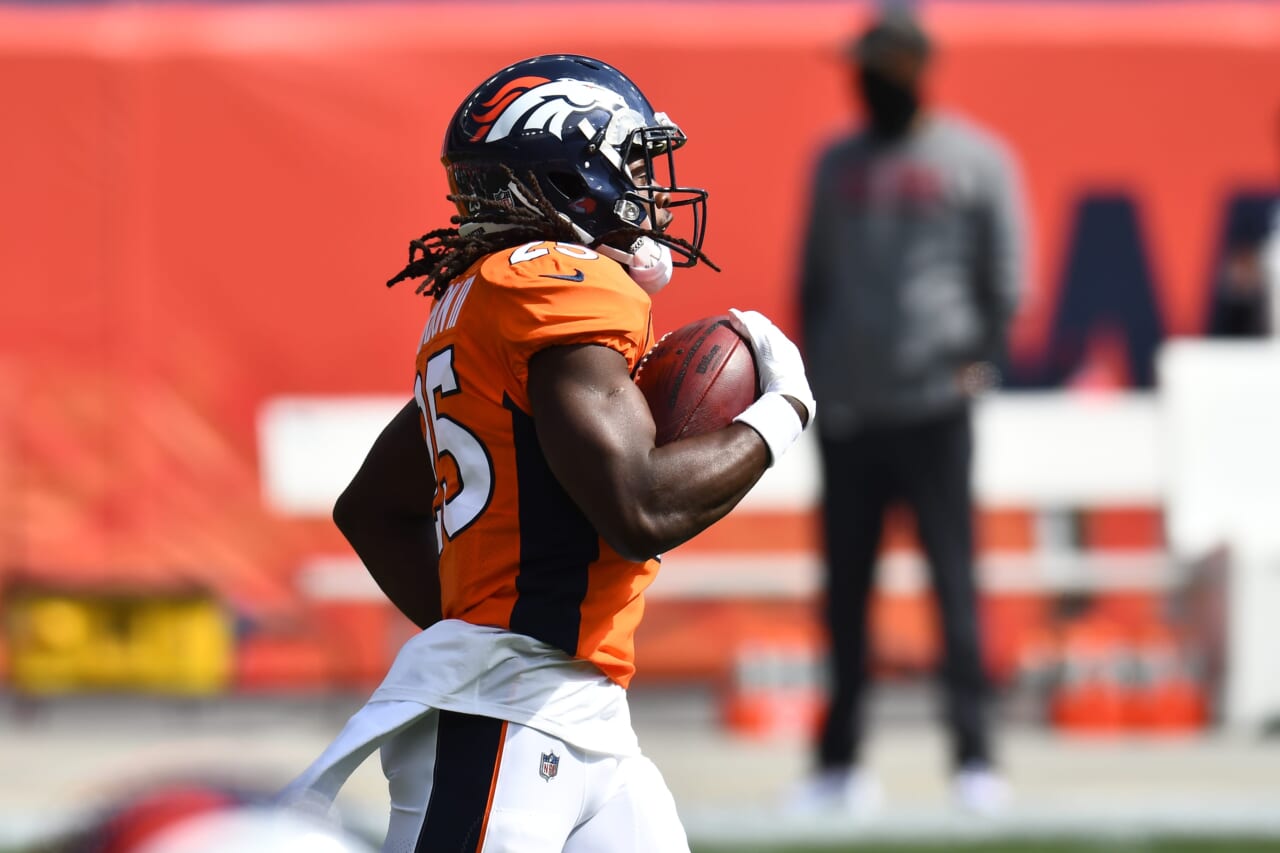 The New York Jets have an opportunity in primetime to earn their first win against the likewise-reeling Denver Broncos.

Thursday night will show just how badly the American public missed football, as two winless squads prepare to do battle in primetime.

The embattled New York Jets (0-3) return to MetLife Stadium on Thursday, seeking to end a streak of brutality against an equally woebegone Denver Broncos squad. New York and Denver (0-3) account for a quarter of the eight winless teams left in the NFL after three weeks.

Back at home, the Jets have been crushed by a combined 47-point margin over the last two weeks. The latest defeat was a 36-7 shellacking at the hands of the Indianapolis Colts last Sunday at Lucas Oil Stadium. Their lone score was a 16-yard touchdown pass from Sam Darnold to Braxton Berrios in the first quarter, shortly before the Colts opened up a barrage on 29 unanswered points. Darnold threw three interceptions during the afternoon, two of which were returned for touchdowns.

Meanwhile, Denver has failed to live up to preseason expectations as an AFC darkhorse, partially due to injuries that have decimated the top of the depth chart. The Broncos likewise fell to 0-3 on the road last weekend, dropping a 28-10 decision in Tampa Bay. Missing franchise quarterback Drew Lock, the Broncos made a change at quarterback in the late stages of the defeat, sitting Jeff Driskel for Brett Rypien, the nephew of former Super Bowl MVP Mark. Rypien is expected to make the first start of his NFL career on Thursday night.

Thursday’s game will serve as a reunion for former bearers of orange Connor McGovern and Joe Flacco. McGovern played his first four seasons with the Broncos after joining them as a fifth-round pick in 2016, while Flacco started eight games in Denver last season.

This will be the 38th meeting between the Jets and Broncos, a series that dates back to the days of the American Football League. Denver leads the get-togethers by a 20-16-1 tally, but the Jets won the last one 34-16, also at MetLife Stadium. Isaiah Crowell ran for a Jets single-game record 219 yards on a mere 15 carries, the biggest chunk of that coming from a 77-yard touchdown sprint that opened New York scoring. Denver had won the prior three meetings, including a 31-17 win in East Rutherford in 2014.

Ironically, the Jets and Broncos have squared off with matching 0-3 records before. Seven months after their meeting in the AFC Championship Game (a 23-10 Denver win), the loss of starting quarterbacks from that showdown brought about hard times in each locale. John Elway retired after riding off into the victorious sunset in Super Bowl XXXIII, while the Jets lost Vinny Testaverde in a Week 1 loss to New England at Giants Stadium. The rematch at Mile High Stadium matched Rick Mirer and Brian Griese.

Girdiron ugliness ensued, with Mirer, Griese, and another Denver thrower, Bubby Brister, uniting for seven interceptions. Victor Green and Marcus Coleman had two each for the Jets, who erased a 13-7 deficit in the fourth quarter on a two-yard scoring rush by Curtis Martin. Mirer provided insurance on a 16-yard touchdown pass to Dedric Ward, while Coleman’s turnovers against Brister, each coming within the final four minutes, sealed the deal in a 21-13 Jets victory.

â€œItâ€™s wasted energy for me. Itâ€™s not going to help me at all. All I can do is make sure I get our guys in the right headspace to go out there on Thursday and play well.â€–Jets head coach Adam Gase on rumors his job could be in jeopardy, per the Associated Press

â€œI think no matter who weâ€™re playing right now, we definitely need a win…thatâ€™s the main focus. The focus for me is just to try to get better these next two days. Weâ€™re not going to get a lot of reps full speed with the guys. Itâ€™s about the mental reps and making sure Iâ€™m dialed in on protections and things like that.â€–Broncos QB Brett Rypien on Thursday’s game, per Field Level Media

On paper, going up against Rypien, an undrafted college hero from Boise State making his first career NFL start seems simple enough. But, as they probably should’ve figured out by now, the Jets are in no position to take any opponent lightly, no matter his experience and resume.

The pass rush is coming off a tough weekend in Indianapolis, struggling to attack Phillip Rivers while dealing with the Colts’ experienced blocking unit. Facing the far younger, far more agile Rypien will be a change of pace, one the Jets must make as uncomfortable as possible for the debuting thrower.

However, this challenge could yet present a positive opportunity. Over the past couple of dreary defeats, it’s clear that the defense is also part of the Jets’ endless list of issues. Opening weekend’s lapses were understandable…the unit spent over 40 minutes in the field during Week 1 against Buffalo…but no one has been immune from football shortcomings in New York.

There have been plenty of individual silver linings. Marcus Maye had a strong debut as the leader of the secondary against the Bills. Quinnen Williams had his first multi-sack showing in the first game at MetLife. But it’s time to build some consistency. Going up against an inexperienced offensive leader…one who won’t have weapons like Courtland Sutton at his disposal…would be a strong way to do so. Williams can do his part in making Rypien miss his days as a collegiate Bronco by turning up the blitz.

The Jets Will Win If…

They take advantage of a team in more dire straights than they are.

Unlike the Jets, Denver had preseason accolades thrust upon them, energized by a strong conclusion to 2019 (7-5 after an 0-4 start, including a 4-1 stretch to end it). Injuries to several crucial starters (Lock, Sutton, Von Miller, A.J. Bouye, Jurrell Casey) and general inconsistencies have give way to a brutal start.

The playoffs are an afterthought, even after only three games, but the early de facto elimination grants them a macabre gift: the ability to play with little consequence and generally little to lose. They have to play like that, though. Barring a long to-go situation, there’s probably no reason to punt once the Jets get past their 40. Kicking field goals down 24-3 isn’t the way to do it either. There’s a rare opportunity here through the most morbid of must-wins, one that could potentially save the job of Adam Gase or several others. It’s a dire situation, but the Jets can feel a little bit better about the way things of gone if they take advantage.

The Broncos Will Win If…

They treat the Jets as they would any other opponent.

Each of the NFL’s 31 other teams can probably look at their situation and, no matter how dire it is, remark “at least we’re not the Jets”. But Denver is winless as well and are in no position to underestimate or disregard any opponents. It’s easy, perhaps, to let your guard down when one watches the New York film and sees lost efforts against San Francisco’s de facto second unit and a Colts team whose ceiling likely looms on wild card weekend.

One way to do that is not rely entirely on Rypien to win the game. Their matchup against Tampa Bay saw he and Driskel unite for 39 passes while Melvin Gordon received only eight carries. If Gordon is joined by Phillip Lindsay, the Broncos can rely on veteran rushing to help them get through a difficult primetime situation.

Thursday’s game is perhaps the perfect storm for many in the Jets organization. While things are disappointing from a statistical standpoint in Denver, the Jets are in a position where a loss could lead to a sweeping change, one only exacerbated by the facts that they’re facing an equally desperate squad, haven’t played with anything resembling competitiveness over the first trio, and have ten days to prepare under a potential interim boss.

Desperation will be the name of the game on Thursday night, which will likely see strong ratings if only through nihilistic curiosity and internet meme potential (comparisons have already been drawn to the erratic presidential debate seen on Tuesday). At this moment, the Jets fit the description better. Denver, even with a plethora of medical woes, can still hang their helmets on the fact they’re relatively satisfied with their core. Time will tell how that desperation fuels New York in the future, but it well could be the key to temporary solace on Thursday.

Any given Sunday comes three days early. The Jets may be in dire straight, but dooming them to 0-16 is just a little too harsh.