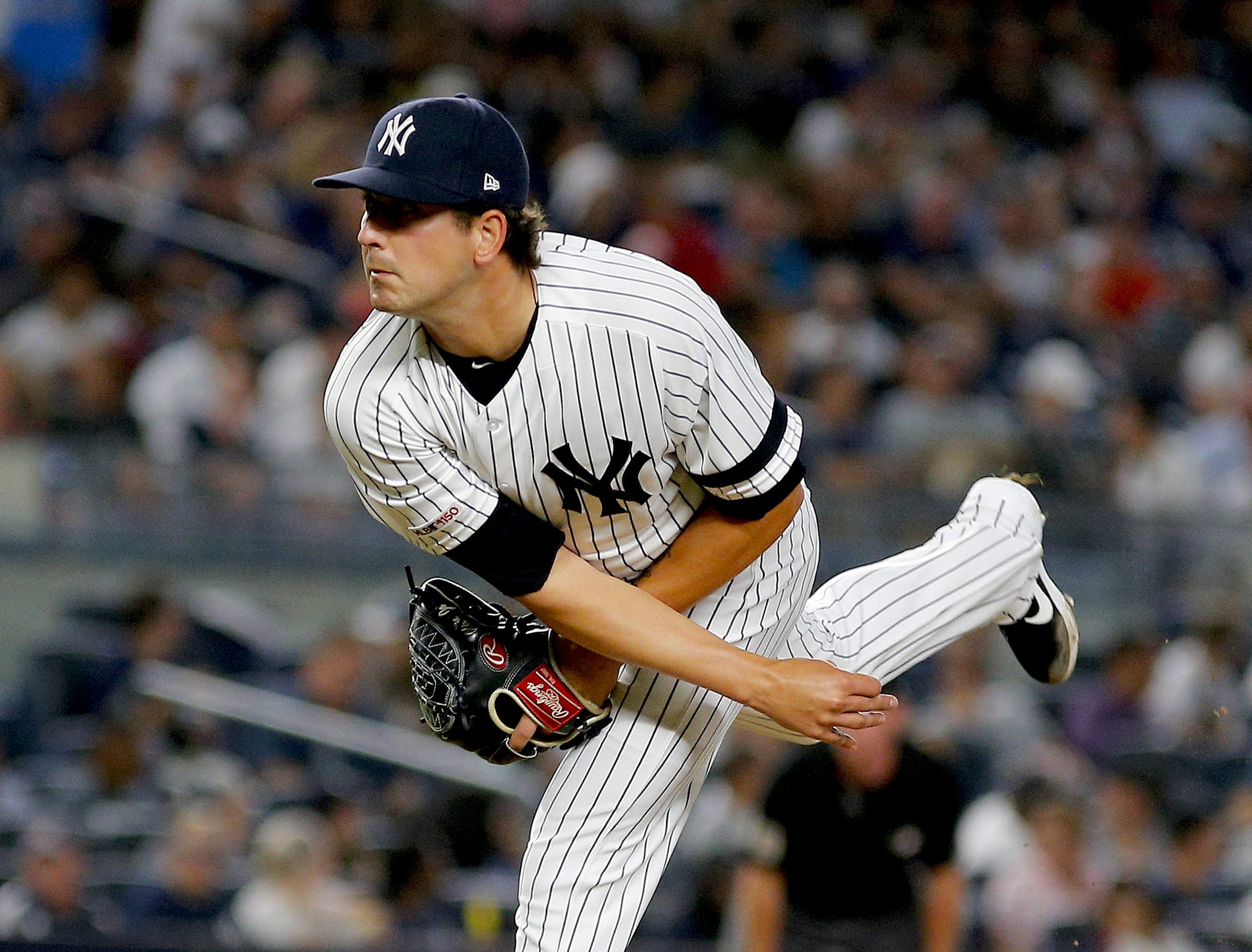 The New York Yankees called up Brady Lail from triple-A Scranton/Wilkes-Barre RailRiders for Monday night’s matchup against the Baltimore Orioles. Lail had previously spent eight years in the Yankee organization before he got the promotion.

After joining the New York Yankees following the series against the Toronto Blue Jays, Lail said, “It’s crazy. It’s an honor, but I’ve played with a bunch of these guys throughout the minor leagues. Walking in here and seeing all the smiles and hugs makes me fit right at home”

In his debut Monday night, Lail pitched 2.2 innings where he allowed three earned runs on a home run. This year in triple-A, Lail posted a 3.97 ERA in seven appearances. In 11 innings pitched, he’s allowed eight hits while fanning 11 (Baseball Reference). With his whole family in attendance, Lail recorded his first two major league strikeouts against the Orioles.

Brady Lail gets his first career strikeout in front of his family. pic.twitter.com/IIInkS98yU

The 25-year-old-right-hander flashed a low-90s fastball with a changeup and spinner at around 86-88mph. Being up eight runs, all he had to do was throw strikes – which he did. He kept hitters off-balance with his changeup and his two-seam fastball.

The New York Yankees drafted Lail in the 18th round of the 2012 MLB draft. Drafted out of high school, Lail began his professional career in rookie ball where he would spend the next eight years working his way up to pitching in the Bronx.

With 17 Yankee players currently on the injured list, fans will most likely see a bunch of other minor league arms getting their shot this season. Another big name in triple-A is Deivi Gracia whos been talked about ever since the trade deadline.