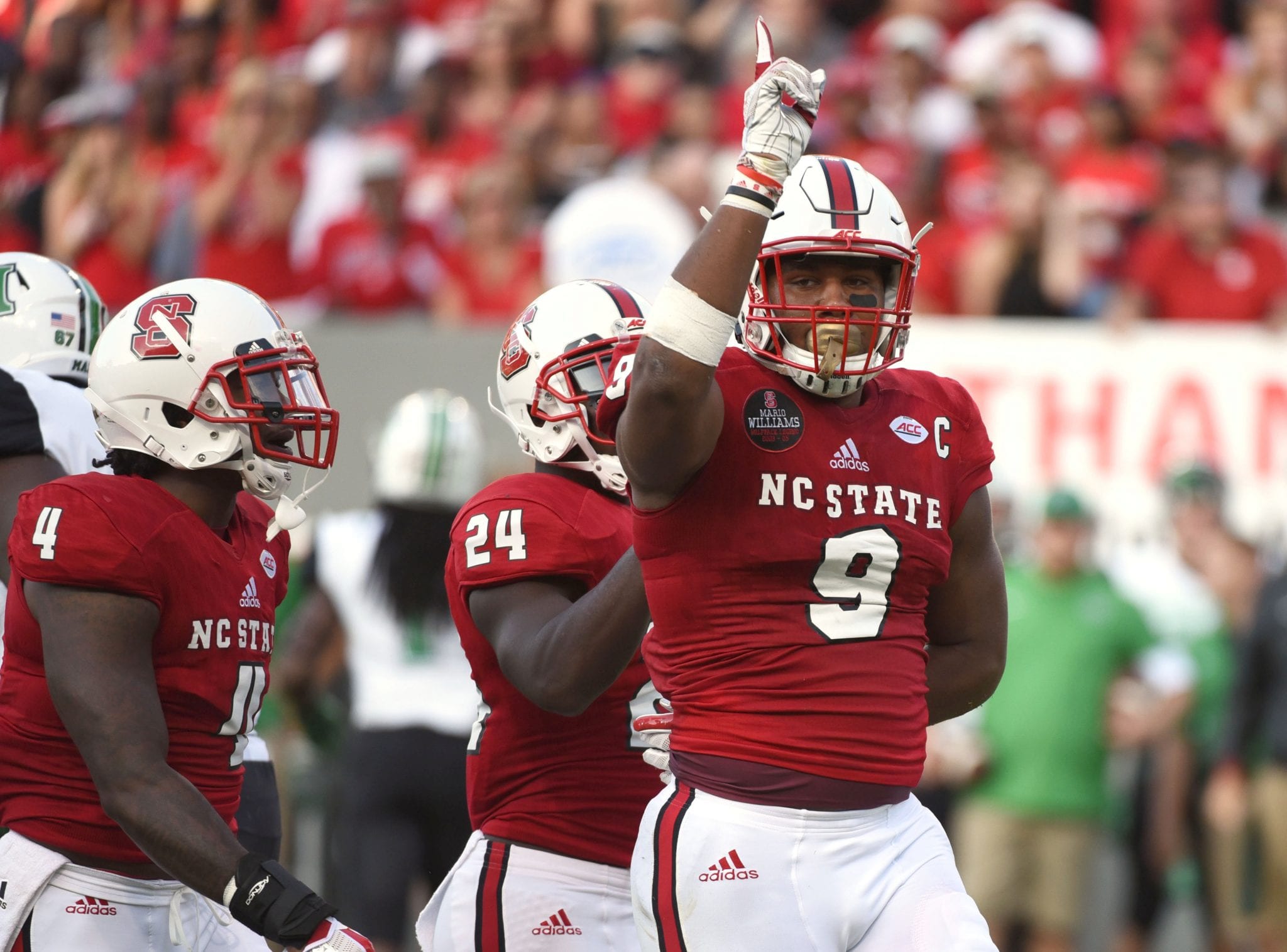 Here we go guys, let’s delve into New York Giants’ first-round target Bradley Chubb and what makes him so great.

Analyzing his impact on the field and breaking down his skill set will give us a solid idea of what he can offer to a team that traded away tenured edge rusher Jason Pierre-Paul.

To start things off, take a look at this complication of all of Chubb’s sacks from 2017:

You will see that a majority of his sacks come from his speed around the edge and attack the opposing quarterback in his drop back. Against NFL talent, this approach will be far less effective. One of the most interest things to point out is that Chubb has a superb swim move on the inside.

His ability to utilize his speed to beat the tackle on the edge and then dive back in to the inside is a professional skill. This requires immense strength and agility. Chubb’s 6-foot-4  frame and 269-pounds of power only aids his skill-set and contributed towards his tangibles.

One thing that Chubb struggles with is hip movement and lower body control. He tends to get lazy with his legs and can often be stood up by athletic tackles. He uses his upper body to compensate for his lack of power from his torso and hips.

In this clip you can see his superior vision, agility and tackling ability. He immediately bounces to the inside, locates the runner, and makes the tackle flawlessly.

To attest to Chubb’s lower body weakness, this clip with show you how powerful his arms and upper body are, while his legs seem to be lagging behind. Against professional talent this ‘will’ be an issue.

His primary strength is his violent hands and ability to wreck havoc on an offensive lineman at the point of attack. His ability to disrupt the hand placement of linemen really stands out when being compared to other quality edge rushers.

For comparisons sake, let’s look at him side-by-side with JPP:

What will Jason Pierre-Paul (@UDWJPP) bring to the @Buccaneers' defense? 👀

When we look at Pierre-Paul, we instantly recognize his motor and persistence as a pass rusher. He will chase running backs 50 yards down field if need be, which is what separates him from the rest. His arm strength and speed are comparable to Chubb, while his lower body contains more power, which has been refined over the years.

With a year or two of development, Chubb could be one of the most dominant defensive lineman in the league.

The most enticing aspect of the NC State edge rusher is his versatility. He would fit perfectly in a James Bettcher defense. The Giants are likely to adapt to a hybrid form of the 3-4 defense. Chubb’s quickness could see him stand up on the edge or even act as a de-facto linebacker.

Utilizing him in the trenches would be a field day for Bettcher, who will be overseeing a defensive line with talent on every corner.

The New York Giants just traded veteran defensive end, Jason Pierre-Paul to Tampa Bay. This move clears up a lot of cap space for the team, but also creates a need at pass rusher. Having the second overall pick in the draft makes Bradley Chubb a real possibility for the Giants to draft him. 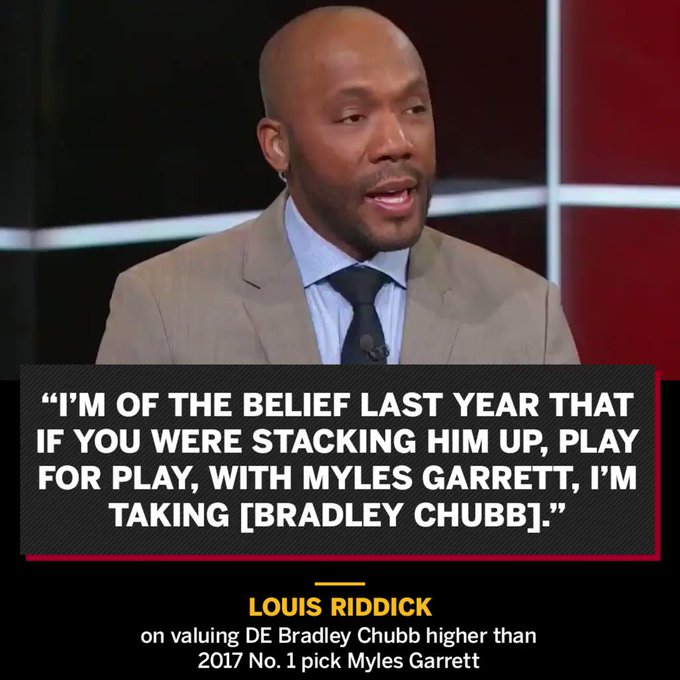 Chubb had a very decorated career at N.C. State, finishing his senior year with first time All-American and first-time All-ACC honors. He has shown flashes to be the full package in a defensive end and could be the most talented pass rusher coming out of the draft in years.

He has the size and athletic ability necessary for the position at the NFL level. Has shown versatility to set the edge and shoot gaps in the run game, rush the passer, and can even drop into coverage from time to time. He is relentless in his attack and has fantastic body control.

His aggression can hurt him at times, as he tends to play top heavy and lose body control. He needs to work on his initial hand placement and technique. Balance and pad level can be inconsistent at times.

Bradley Chubb is a natural talent at defensive end, a day one starter that will be good for a long time. Though he is more of a natural 4-3 DE, he may not fit the scheme of the Giants new defense, he may not be a talent the Giants cannot pass up at number two.