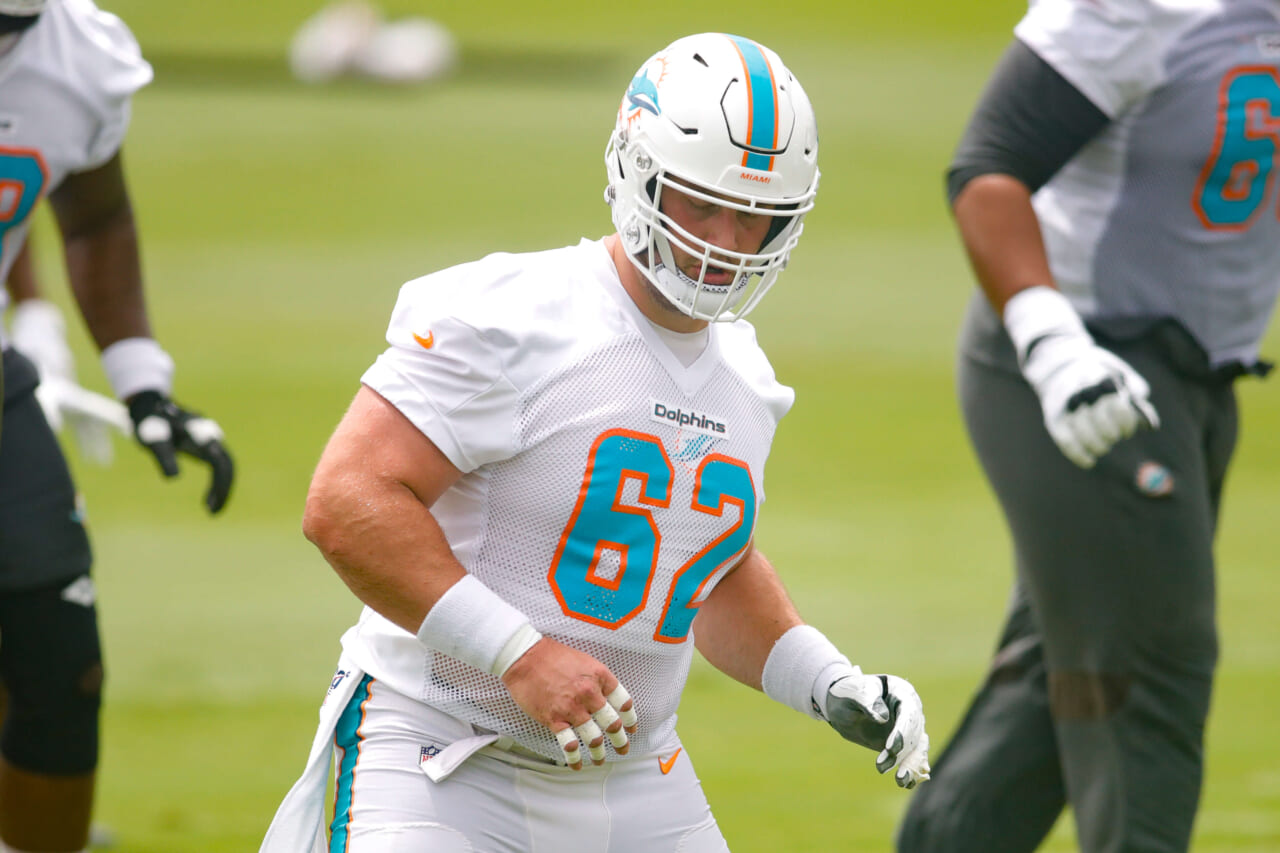 The New York Giants need all the offensive line support they can get, especially with roster cuts due on Tuesday at 4 PM. As the Giants begin to filter out their 53-man roster, it is likely they retain nine offensive linemen, but I wouldnâ€™t guarantee their spots until waiver claims go through.

The Giants have already begun making moves to upgrade the depth on the OL, trading defensive linemen BJ Hill to the Cincinnati Bengals in return for versatile center Billy Price. The Giants also included a seventh-round conditional pick in the deal.

Price, however, is an experienced NFL player, spending the last three years with Cincinnati. Having played left guard, center, and right guard, Price can move around the line if need be, but his best position is center.

By no means is Price considered an above-average player, but he can fill a necessary role if injuries or inconsistencies arise, which the Giants already have in the trenches prior to Week 1 of the regular season. It is possible a change of scenery could spur improvement for Billy, who is a former first-round pick out of Ohio State. The 25-year-old is still young and has solid, tangible traits but simply falters in the fundamentals category.

The New York Giants should consider Matt Skura as a waiver claim:

However, there is another option that hit the market late on Monday that could be of interest for the Giants. The Miami Dolphins released Matt Skura, a 6’3″, 313 pounds center, formally of the Duke Blue Devils. Having been drafted in 2016, Skura could very well know Daniel Jones. As a former undrafted free agent, Skura spent his first four seasons with the Baltimore Ravens before latching on with the Miami Dolphins in 2020. Last year, Skura allowed just one sack and 10 pressures over 661 snaps.

Skura enjoyed a few solid performances to start the 2020 season against Cleveland, Houston, and Kansas City but was mainly inconsistent throughout the campaign. He’s played a total of 3,304 snaps in his career, giving up five sacks and 67 pressures. The majority of his time has been spent at center but played right guard during his rookie campaign in Baltimore back in 2017.

As an experienced lineman, Skura is only 28 years old, offering another younger solution. Considering how weak the Giants’ depth in the trenches is, the backend of the unit could be interchangeable in the coming days, despite roster cuts. 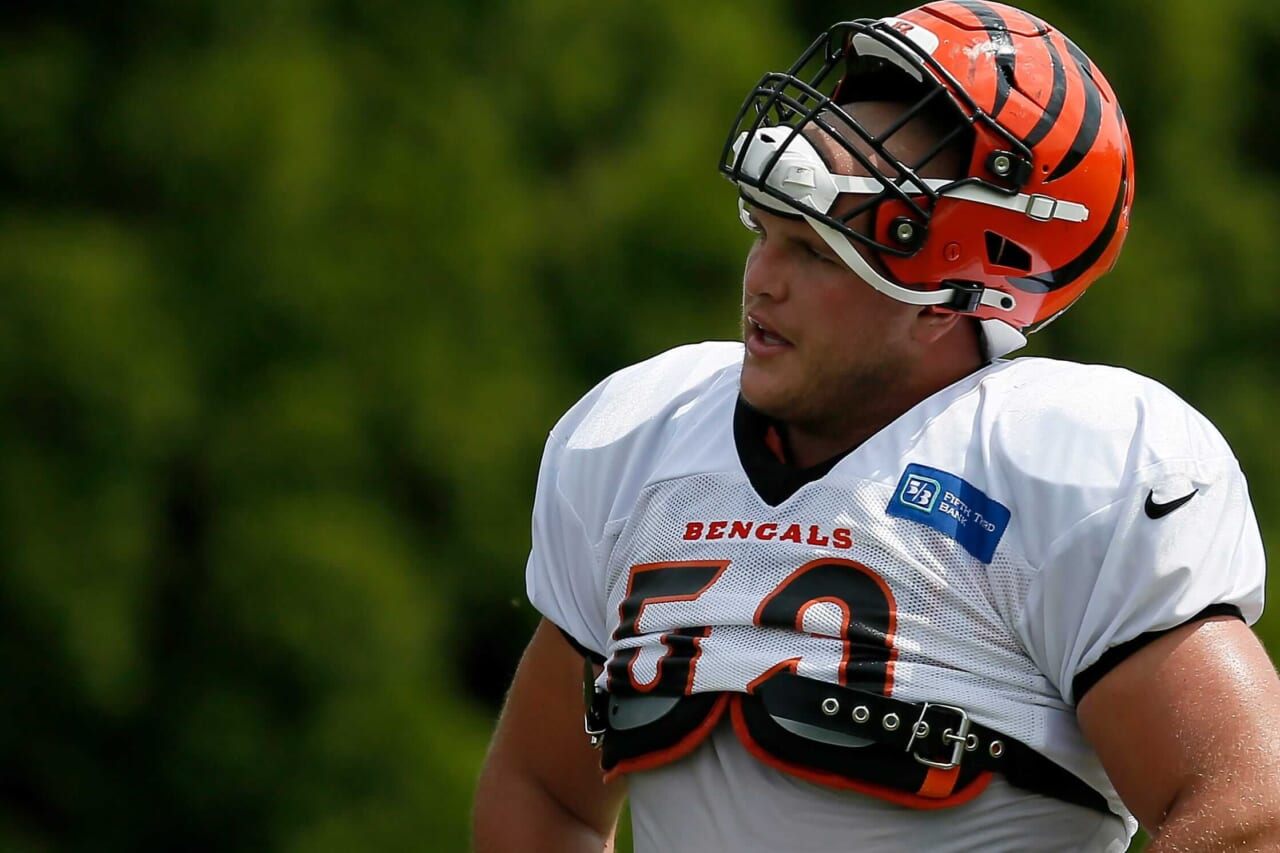 Oddly, the New York Giants sat interior defense of lineman BJ Hill on Sunday against the New England Patriots in the team’s final preseason game. Hill, who has been a productive pass rusher for the Giants the past few years was traded on Monday afternoon to the Cincinnati Bengals for former first-round pick, Billy price.

Price, who has 1,354 offensive snaps to his name, has struggled since being drafted in 2018. He posted a 29.4 pass-blocking grade, per PFF last season. He has given up five sacks, 31 hurries, and 41 pressures in his career, but has the versatility to play at left guard, center, and right guard.

Billy Price has played in 1,354 snaps over 3 years with 5 sacks to his name. He's had his fair share of struggles but is a good pickup for the Giants as an experienced player who can play at left guard, center, and right guard.

More versatility for the Giants, I like the move!

This gives the Giants a bit more versatility in how they construct their lineup in the trenches. For example, if Shane Lemieux were struggling at left guard, the Giants can either kick Nick Gates to that position or put Price in. It will take him some time to get acclimated with the Giants’ offensive scheme, but his ability to play multiple spots is beneficial. He earned his best grades during his 2018 rookie season playing specifically at center, so he might prefer to stay at that spot rather than shift around to the guard positions.’

Overall, the Giants had plenty of depth and talent on the defensive side in the trenches, but their OL has been spotty all offseason, and adding more talent was a necessity. 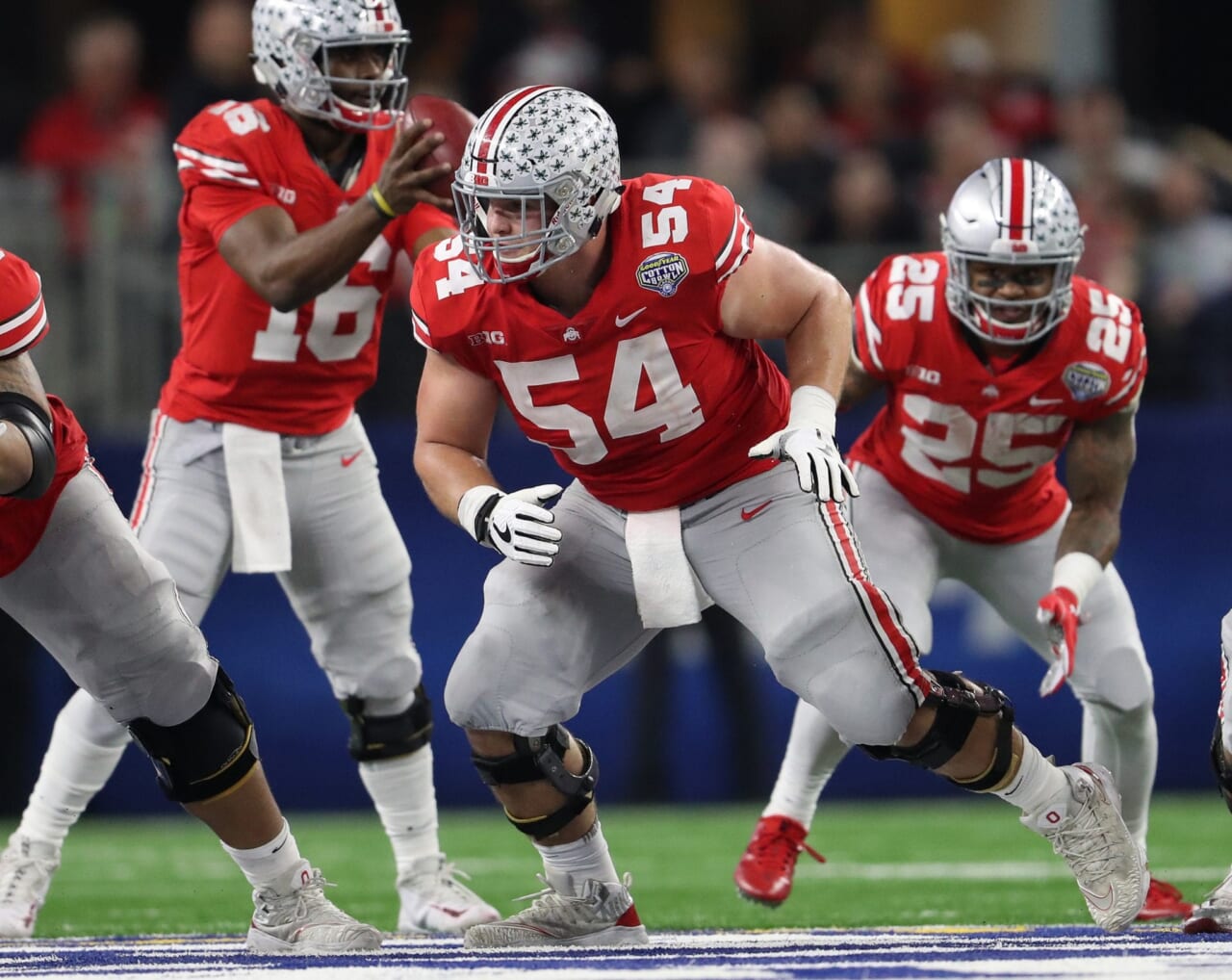 Offensive lineman Billy Price is one of the most intriguing prospects entering the NFL this year. The New York Giants are still keen on addressing their offensive line this offseason, and Price could fit the bill in the second-third round.

Price played center and guard in college, but when playing guard, his Ohio State team won the National Championship (2014). He started 15 games (three at left guard and 12 at right). This bodes well for the Giants who are search of a solid right guard to complement their new signings: Nate Solder and Patrick Omameh.

For the Buckeyes, Price started in 55 consecutive games to end his college career, which attests to his durability as a player. Despite the fact that the lineman tore his pec at the NFL combine which required surgery, his talent is obvious and should return to full health by the time training camp rolls around.

#OhioState Offensive Lineman Billy Price suffered a partially torn pectoral muscle yesterday while competing in the bench press at the #NFLCombine. Earlier today he talked about his diagnosis and what his mindset is now. pic.twitter.com/FoTTbKHEXy

Price has immense strength at the point of attack, and his explosiveness off the line is unparalleled. He always reaches the point of attack first and plays with extraordinary quickness. He has very quick arms/hands and can stab at interior defensive lineman to throw them off balance. His core strength and balance is a huge plus making him one of the most dynamic lineman int he draft.

Really nice counter by Hurst to work a secondary plan of attack, but his LB gets bodied into him by Billy Price pic.twitter.com/H2fAGkpD9t

He often is caught biting too much and doesn’t have the patience to sit back and let his opponent come to him. He lunges and finds him self off balance and easily beat by fast lineman. His footwork is a little shady and must be worked on at the professional level. He needs to find balance with his play and become more of an intelligent player, rather than a physical one.

Price should be able to hand NFL power right away. His strength and power are a great attribute, and if he can piece together the rest of his game he should develop nicely at the next level.