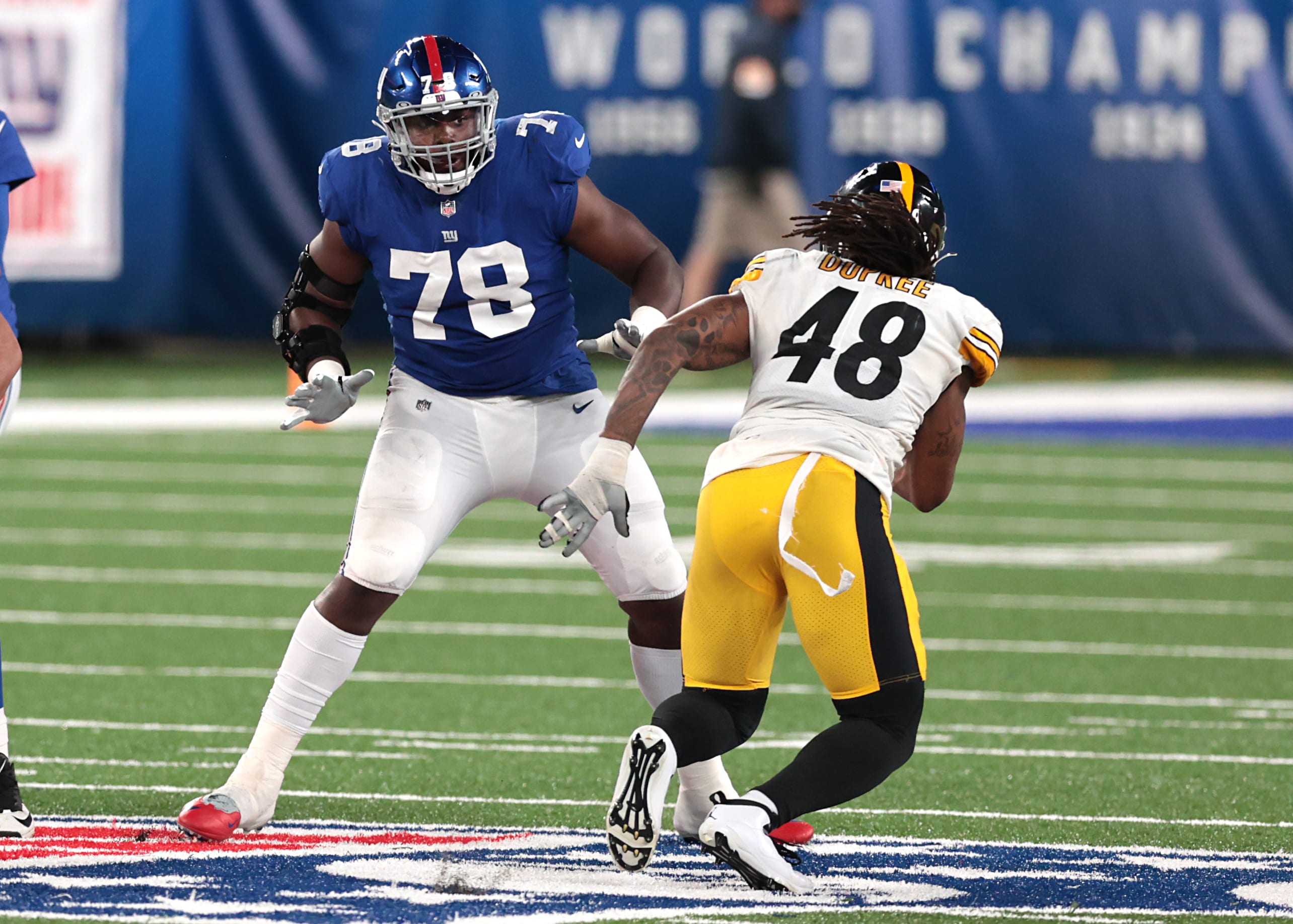 Gettleman actually started out under Polian working as a scout, long before he’d worked his way into Carolina as his first General Manager job. And, ahead of the NFL Draft, Polian has some predictions about which way his former scout might lean when it comes to making the Giants’ selection at number eleven.

According to Polian, the offensive line is the biggest need for the franchise right now. And if they don’t address that, the spending spree this offseason won’t amount to much. That, of course, isn’t an unreasonable take. The Giants did not have a good offensive line last year, and we saw real impacts from it when Daniel Jones was often sacked and suffered from injuries as a result.

“Unless they get that solved, the weapons won’t mean a thing. They have got to protect him, and they’ve got to be able to block for the run. That’s job one. And I suspect they’ll address it in the draft,” Polian said about Daniel Jones and the offensive line on Colin Cowherd’s podcast.

The Giants spent a top five pick on the line last time out but they’re still waiting on Andrew Thomas to develop into the player they expected. They’ll have room to potentially take another lineman high up this offseason, due to addressing other needs through a big free agency.

The Giants have a large amount of freedom thanks to filling other spots with free agents. And while it’s far from a flashy pick like further adding to the passing attack, it doesn’t seem unlikely that they’ll go in the direction Polian predicted and try to add another piece to their struggling line.