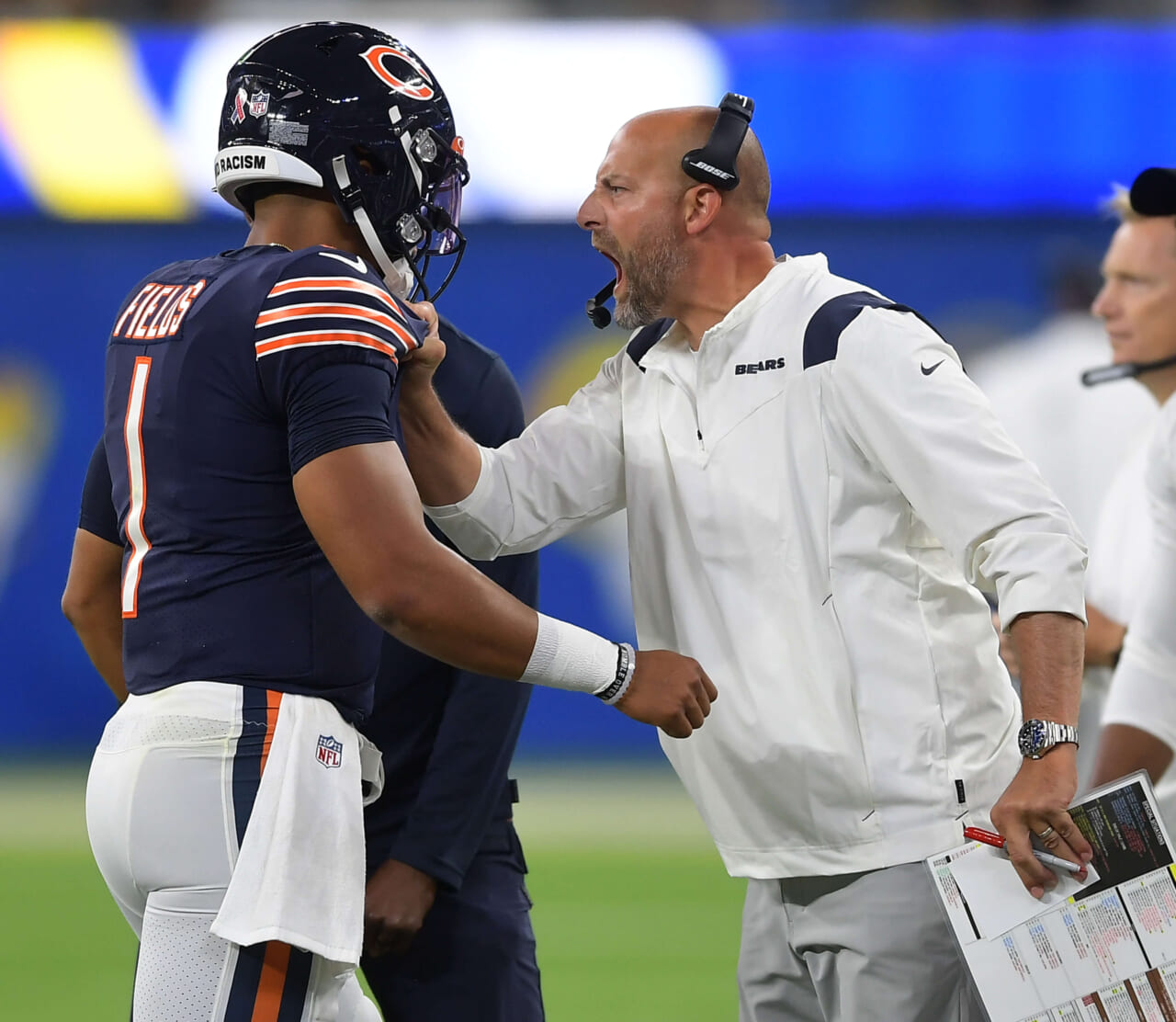 When the Chicago Bears take the field against the Las Vegas Raiders on Sunday afternoon, quarterback Justin Fields will make his third consecutive start while offensive coordinator Bill Lazor is expected to call plays for the second straight game. Week 4 against the Detroit Lions at home proved that Lazor could be an effective playcaller that could produce efficiently.

While the fear is that Nagy takes over playcalling once again, Fields endorsed Lazor on Wednesday afternoon, citing Lazor’s ability to be an effective playcaller while focusing on the game.

“He calls plays in practice, so I’m just used to hearing his voice,” Fields said via the Bears official YouTube Channel. “Pretty much, like I said, he doesn’t have to worry about the defense, he doesn’t have to worry about special teams. He’s just up in the box overlooking the field and stuff like that so he’s definitely in a calmer setting. That’s kind of his personality, he’s kind of calm and kind of laid back, so I definitely like that about Bill.”

While Fields still respects head coach Matt Nagy, reading between the lines, it’s become clear that Fields seemingly prefers to have Lazor calling plays, rather than Nagy.Â For many, the belief is that Nagy can still be a good head coach, however, not a good playcaller. 2021 needs to be all about Fields development and part of that development needs to be a solid playcaller in place for Chicago’s coaching staff to fully evaluate Fields as a rookie.

The Bears game plan last week was catered to Fields’ strengths while also putting Fields in a position to succeed. There were multiple times where the Bears trotted out 12 and 13 personnel packages, going max protection, giving Fields an opportunity to push the ball downfield, connecting with wide receivers Darnell Mooney and Allen Robinson.

Fields endorsing Lazor could mean the winds of change are ready to sweep the Windy City, which could rejuvenate the Bears as the 2021 regular season continues to heat up.