The New York Jets made the mandated cutdown to 85 players on Tuesday through three waivings and an IR placement.

Dwumfour had a solid showing in the Jets’ preseason victory over the New York Giants on Saturday night. The undrafted rookie out of Rutgers recovered a red zone fumble forced by fellow freshman Hamsah Nasirildeen and later united with another first-year, Jonathan Marshall, for a sack at the end of the first half. However, he was unable to make an impact in the latter stages after leaving the game due to a calf injury.

Jackson played six games with the Jets over the past two seasons, earning two tackles in that span. He entered the league as a sixth-round pick of the Giants in 2014.

Walter spent a good portion of Saturday’s second half in the Jets’ backfield. The former XFL participant and San Francisco practice squad representative lost three yards on four carries (fumbling one that was recovered by Corey Levin) though he jumped on a Mike White fumble and later gained a first down on an eight-yard aerial hookup with James Morgan, one that was granted an extra yard for a new set of downs through head coach Robert Saleh’s first unofficial challenge.

The wait continues for Clark’s NFL debut, as he did not dress in any regular season games after the Jets chose him in the fourth round of 2020’s virtual draft. Clark suffered a scary injury during August 3’s practice, one that was diagnosed as a spinal cord contusion. Despite his placement on the IR, the Charlotte alum is expected to make a full recovery.

New York (1-0) continues its preseason slate on Saturday night, as they head to Green Bay to battle the Packers in both joint practices and an exhibition contest (4:25 p.m. ET, WLNY/NFL Network). 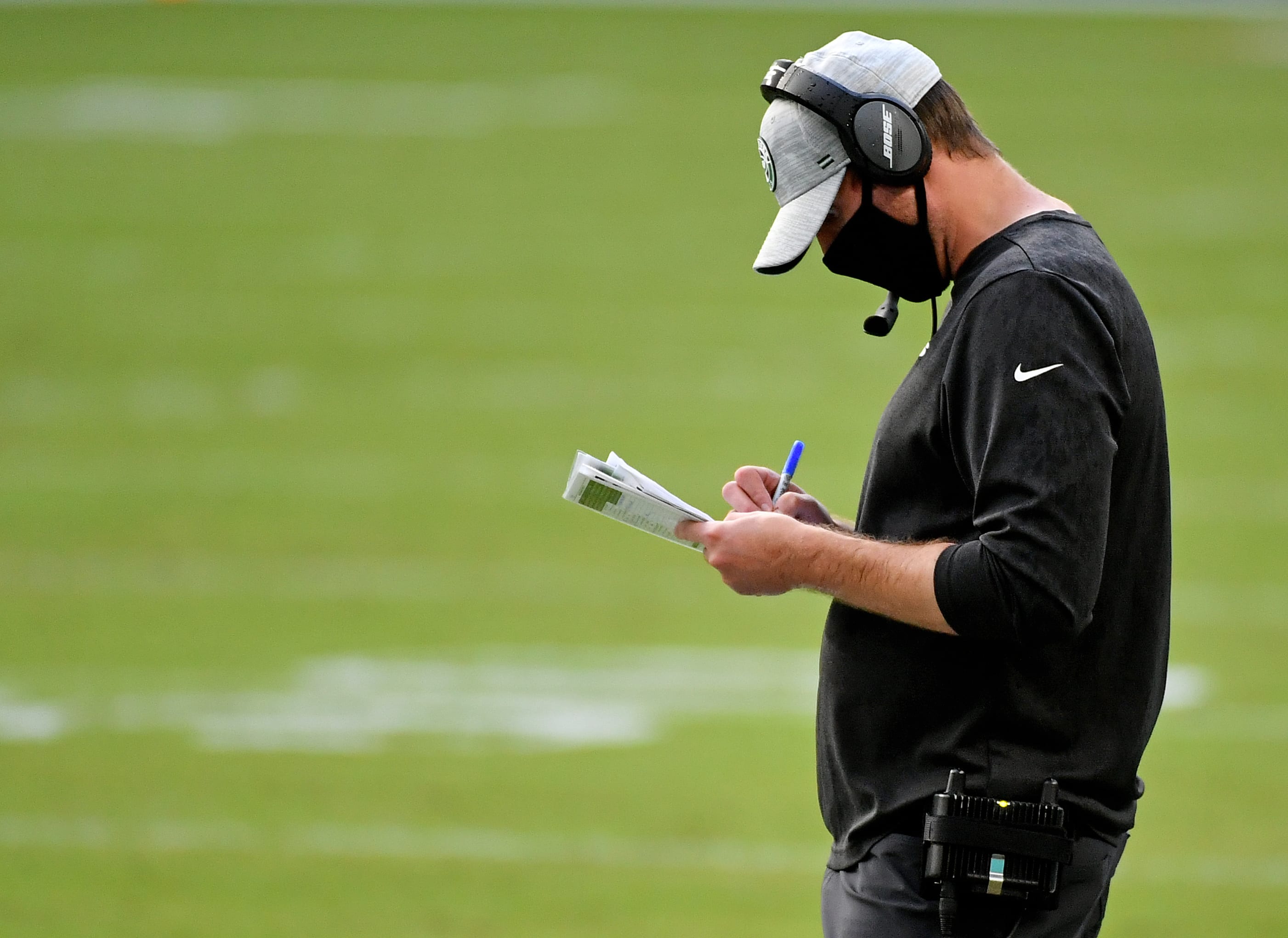 As the season nears its merciful end, Adam Gase and the New York Jets are running out of defenders due to injury.

In an ironically cruel sense of timing, Adam Gase and the New York Jets are in desperate need of help in the secondary as a matchup with Jamal Adams looms.

Gase had a dire outlook on his secondary’s injury situation, as he began his Friday statements by declaring that safeties Ashtyn Davis (foot) and Bennett Jackson (hamstring) will miss Sunday’s visit to Seattle (4:05 p.m. ET, CBS). Further ailments on the offensive line, including Greg Van Roten (toe) and injured-reserve listee Alex Lewis (non-football), had Gase joking that he was “looking for volunteers” to finish out the season.

“We have a plan as far as if we had anybody go down, we cross-trained multiple guys,” Gase said, per notes from the Jets. When it comes to the defense, Gase said “We do have two guys that have had some experience playing back there that are ready to go if we have any kind of injury.”

Marcus Maye and Matthias Farley are the only current safeties on the roster with NFL experience. Former Giants draft pick Corey Ballentine has mostly worked on special teams, while practice squad reps Saquan Hampton (a Rutgers alum) and Zane Davis could also be considered. First-year defender Elijah Campbell has also been called up to the active roster. Offensively, rookie draft pick Cameron Clark could take over for Van Roten, who has partaken in 93 percent of New York’s offensive snaps this season.

It sets up quite a conundrum for the Jets (0-12), who will be playing the first of four games under interim defensive coordinator Frank Bush on Sunday. Bush, formerly the team’s inside linebackers coach, is taking over for the ousted Gregg Williams, who was let go after a questionable defensive play call at the end of their latest loss, a 31-28 decision at the hands of the Las Vegas Raiders last weekend.

“These kids have always been resilient,” Bush said of his unit this week, per Jets notes. “One of the most unique things about our players is that, when they hit the field, they hit the field running. They come out with the right intent. The attitudes have always been good. I’m yet to see one day when they come out with a bad attitude and we have to push them to go. We just have to make sure they’re going in the right direction.”

Bush and his group did receive a bit of good news as they go into a dangerous matchup with a Seattle offense boasting the talents of Russell Wilson and DK Metcalf: Gase announced on Friday that he expects Bless Austin to return to the lineup alongside rookie Bryce Hall. Austin, another former Scarlet Knight from Piscataway, has struggled to gain momentum after a strong rookie season after spending time on injured reserve with a neck injury. He was activated this week alongside tight end and fellow sophomore Trevon Wesco. Lamar Jackson will serve as a reserve, should Austin make his start as anticipated. 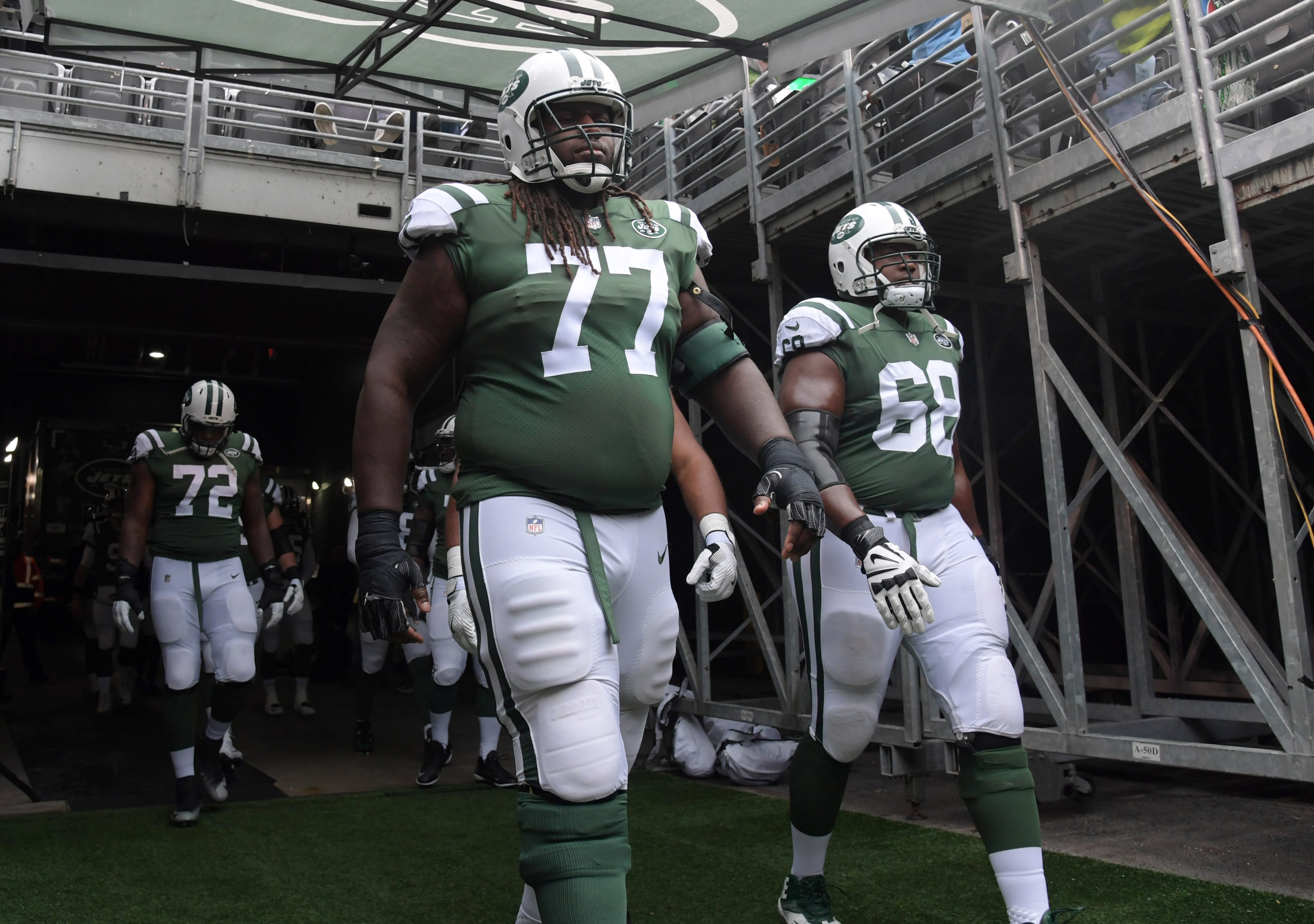 The next day on September 1st, 2019, the New York Jets claimed Jackson off of waivers, shortly waiving him and signing him to their practice squad.  Safety Bennett Jackson just may finally get his opportunity with the New York Jets.

Jackson is a versatile player having began his collegiate career at Notre Dame as a wide receiver on special teams.  The next year during spring practice, Jackson switched to defense and played cornerback.   He also was a track and field sprinter and high hurdler for Raritan High School.

A native of Hazlet, New Jersey, Jackson is a hometown boy through and through.  Jackson never forgets where he came from and always tries to give back to the place he was born and raise and the city that bred him.  Jackson has hosted football camps for local youth and has gone back to his middle school.   Jackson is constantly working and striving to be his best both on and off the field every single day.  Whether he is in the gym training or practicing, Jackson never backs down.

Through every struggle and adversity he has faced, Jackson has his head held high and chooses to see the positive in everything.  He is not afraid to step out of his comfort zone and makes the most out of every opportunity given.  Jackson has done really well in high school, college and preseason and has proven his abilities a depth and simply just needs the chance to show his abundant skills and talents. He refuses to be anything but successful which is why Jackson will surely be granted his well-deserved opportunity shortly.

On Saturday the New York Jets assembled their 53-man roster and they acquired some interesting pieces through waivers. The New York Jets enter the season with a roster that oozes talent but lacks depth. Expect at least two of the four pickups to play a big part on the Jets and contribute to a potentially great season of Jets football.

Bennett Jackson is a former 6th round pick of the New York Giants back in the 2014 NFL draft. Bennett has experience playing both cornerback and safety and provides depth and versatility for the Jets secondary. Bennett hasn’t played a regular-season game in his five-year career but has been solid in preseason.

The New York Jets have potentially found their new kicker for the 2019 season in Kaare Vedvik. The Norwegian native was released from the Minnesota Vikings weeks after being traded for a 5th round pick from the Baltimore Ravens. The New York Jets have expressed interest in Vedvik over the last two seasons, but they never were able to materialize a trade for him. Over the past two seasons, Vedvik has been a preseason standout and has garnered the attention of many executives around the league. Vedvik is also special because of his ability to be an effective punter as well. If Vedvik can kick for the New York Jets the same way he was in Baltimore the Jets will have found their kicker for the next couple of years.

John Franklin-Myers is a former 4th round pick of the Los Angeles Rams and special teams’ standout. JFM is defensive end who was arguably the Rams best special teams player last year. JFM has shown flashes of being a solid player in the league racking up 10 tackles and 2 sacks in 2018 as well as forcing a fumble against the New England Patriots in last years super bowl. JFM was a fan favorite in Los Angeles last year and won team rookie of the year.

Berrios is a former 6th round pick of the New England Patriots in 2018 who played wide receiver for the University of Miami. Berrios will be an essential part to the New York Jets this year as he will be their punt returner following the release od Greg Dortch. Berrios averaged 10.4 yards per return in college and has one return touchdown.