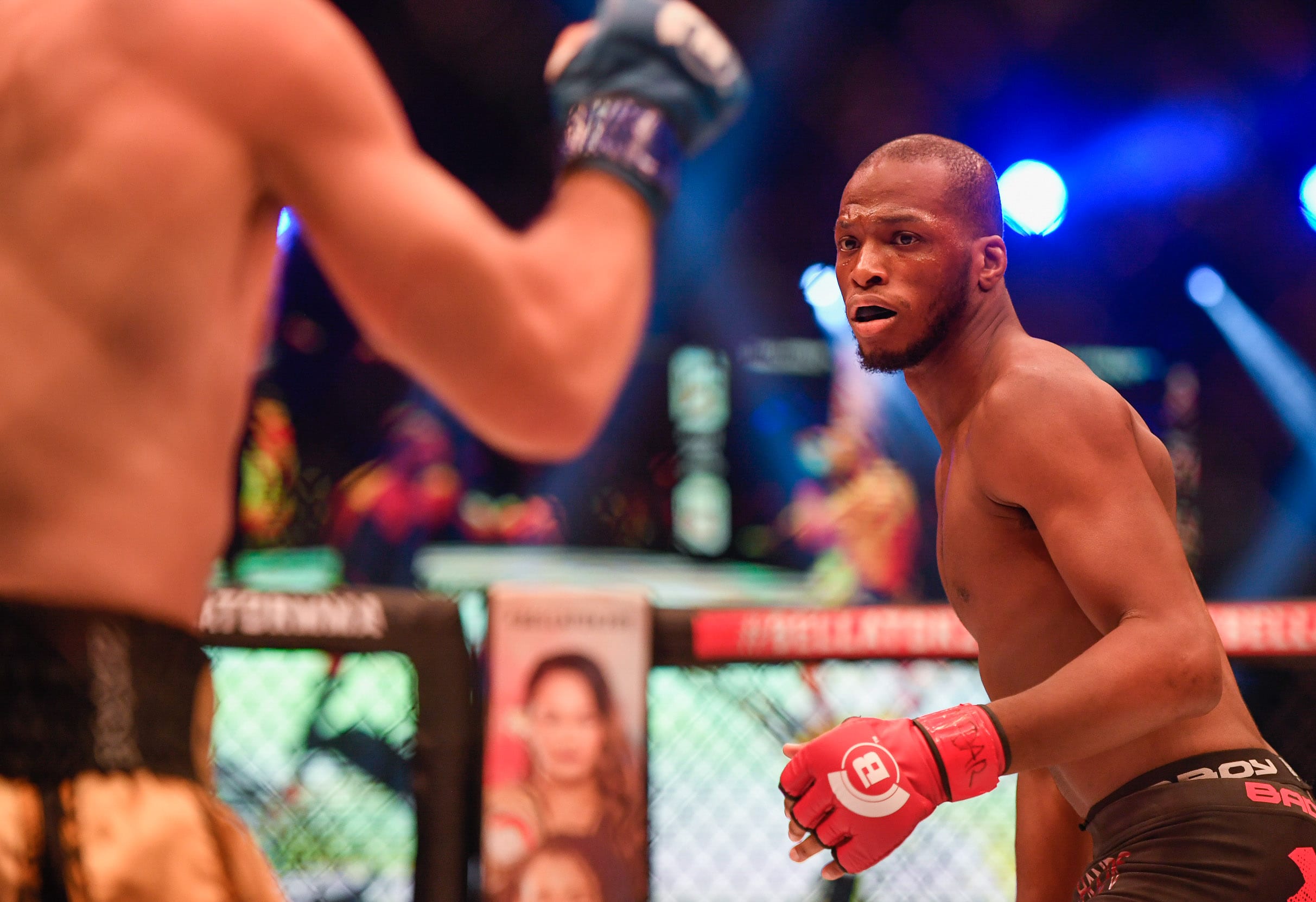 Yesterday, Bellator became the first major MMA promotion to host an event in France. MMA was just legalized in France early in 2020, but the pandemic through a wrench in the plans of all promotions who wanted to host events there.

After resuming action a couple of months ago, Bellator made it a priority to host an event in Paris. They were able to work out the logistics and put on some pretty good fights yesterday. The Bellator action came in waves.

The first wave of action came in the form of Bellator 248. That event was headlined by the catchweight matchup between Michael “Venom” Page (18-1) and Ross Houston (8-1, 1 NC). Page was looking to make a statement to try to get a rematch with Bellator champion, Douglas Lima.

The second wave of action featured the homecoming for French heavyweight, Cheick Kongo (30-11-2, 1 NC). Kongo fought in a rematch against Tim Johnson (15-6) who was looking to avenge his knockout loss to Kongo which happened back in 2018.

The first headliner featured a rather lackluster main event for Bellator. While there seemed to be so much promise in the MVP fight against Ross Houston, there was a lack of action. The first round started out really well for Houston.

Houston came right out and was able to land an early takedown. He was able to control Page for the majority of the first. The second round saw Page land a takedown of his own. He rode out the round landing a few shots from the top, but seemed content with just holding control.

In the final round, both men threw strikes from the outside. Neither fighter landed anything significant, but Page landed the majority of the shots. In the end, the first Bellator main event was given to Page. Following the win, I wouldn’t be shocked if Page got a rematch with Douglas Lima after winning his fourth in a row.

The second Bellator main event featured the heavyweight clash between Kongo and Johnson. Johnson was going to need to use his grappling to win the fight, and that is exactly what he did. In the first, he caught a Kongo kick and took the Frenchman down and controlled him.

The second round was much better for Kongo. He was able to use the clinch to land some good shots, but nothing serious landed. The final round saw a ton of clinch work, but Johnson held control for most of the round. Two of the judges gave the fight to Johnson earning him the split decision.

It was an exciting day for Bellator, but unfortunately the action failed to live up to the hype. Johnson won his third fight in a row this year and might be close to getting a Bellator heavyweight title match. Page is likely going to get a welterweight title fight after winning his fourth in a row.

Bellator officially confirms our report that they will be holding an event in Paris, France on Oct. 10. First major MMA show ever in France. Fans will be allowed to attend at Acor Arena. 5K max, I’m told.