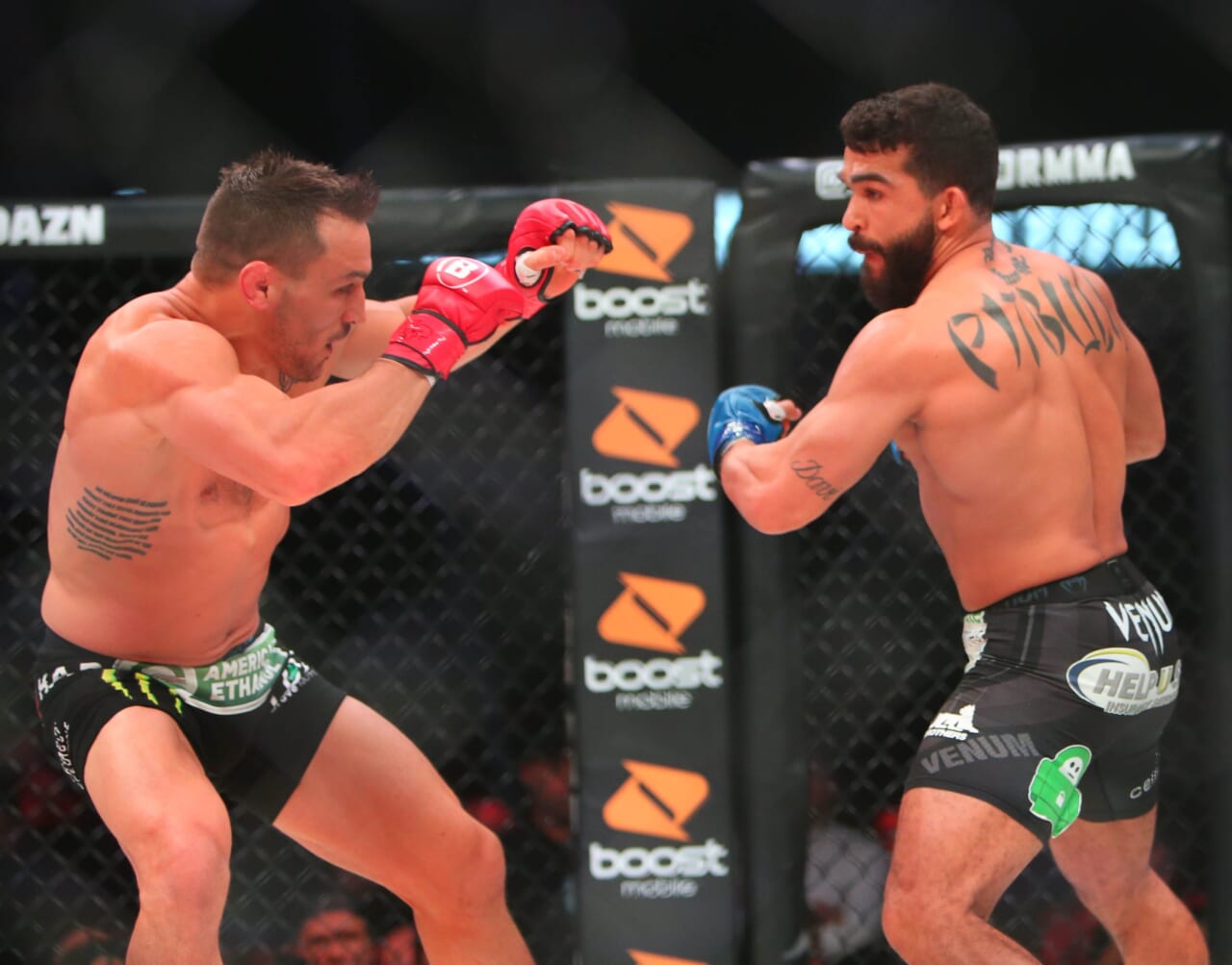 Bellator MMA is going to be making their return this month, and you can expect them to come out swinging with their events. Multiple reports are saying that a big time lightweight matchup is booked for their second event.

The much anticipated rematch between Michael Chandler (20-5) and Benson Henderson (28-8) is slated to headline Bellator‘s August 7th event.

For Chandler, this is the last fight on his current Bellator deal. Chandler wants to stay with the promotion, but he has alluded to his openness to the market.

Chandler comes into the rematch after knocking out Sidney Outlaw at Bellator 237 back in December. When Chandler first fought Henderson, Chandler took the fight by split decision.

The former UFC lightweight champion, Henderson, enters this rematch on a four fight winning streak in Bellator. Henderson didn’t get off to the best start in his Bellator career.

After jumping to the promotion, “Smooth” started just 1-3. After that rough start, Henderson rattled off those four consecutive wins including victories over Myles Jury and Adam Piccolotti.

This is a big fight for both men. For Henderson, a win could mean a title shot. For Chandler, a win is massive heading into free agency. Expect Bellator to build a pretty good card around this main event on August 7th.