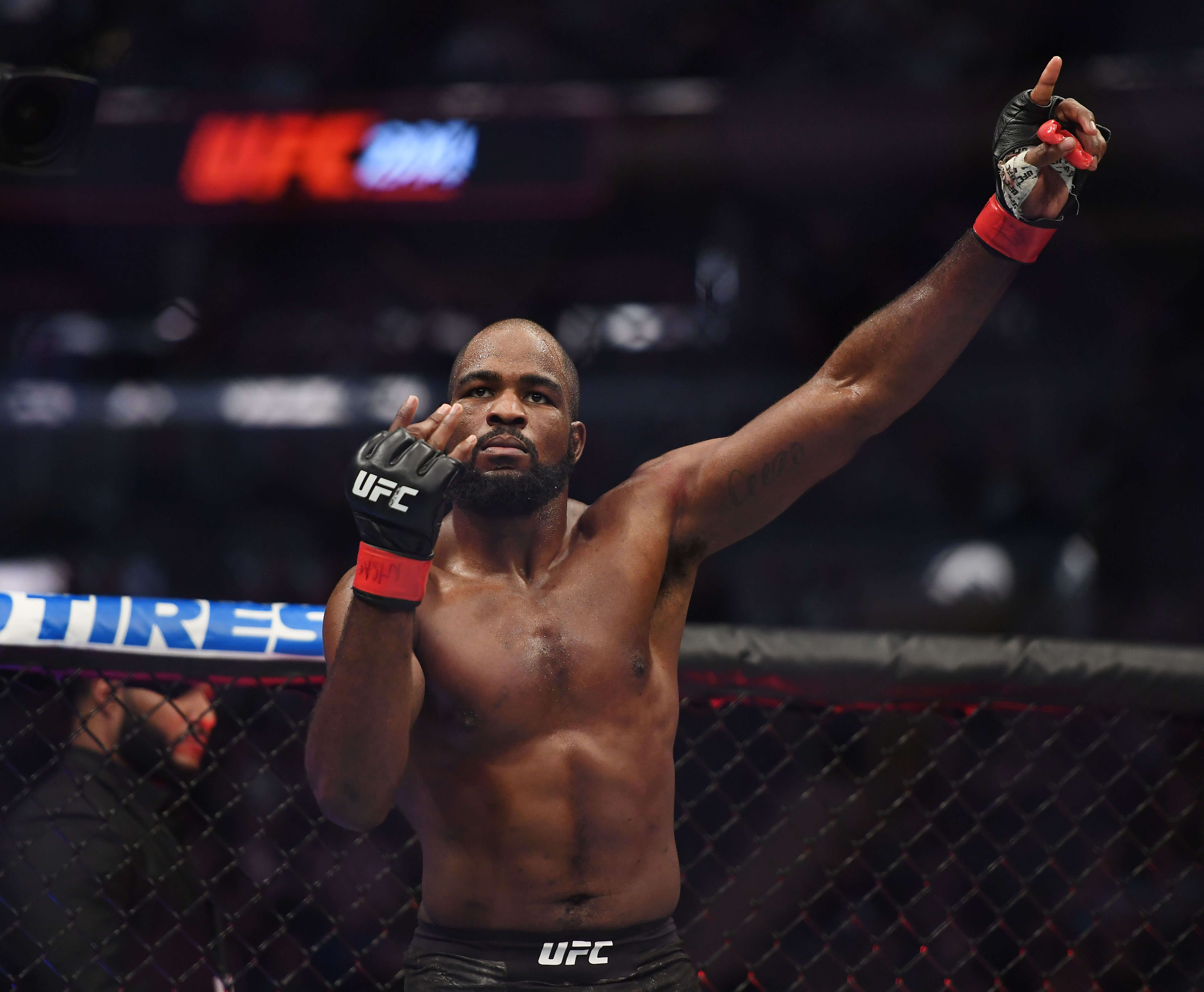 In the co-main event of Bellator 257, we will see another quarterfinal matchup in the Light Heavyweight Grand Prix. Corey Anderson (14-5) will be making his second Bellator appearance as he welcomes in Dovletdzhan Yagshimuradov (18-5-1).

Yagshimuradov is being looked at as a dark horse in this Bellator Grand Prix. He’s an unknown to most casual fans, but I can assure you, the guy has tremendous skill and he’s not going to be an easy out.

A native of Turkmenistan, Yagshimuradov is very well rounded. He has really good grappling, good striking, and decent power in his hands. When it comes to hand speed and power, he’s probably going to have the advantage at Bellator 257.

Coming into this Grand Prix, Yagshimuradov has won eight straight outside of the Bellator cage. His opponent tonight had an extremely interesting year last year.

When 2020 began, Corey Anderson looked like he was going to challenge for the UFC light heavyweight title. However, Anderson was knocked out badly by Jan Blachowicz in February which derailed those plans.

Still, Anderson was a top five light heavyweight in the UFC. However, when he asked for more money and the promotion said no, Anderson asked for his release. Once released, Bellator signed him immediately.

He made his debut last November at Bellator 251. Anderson got a layup in his first matchup as he took on former middleweight Melvin Manhoef. Corey Anderson used his dominant wrestling to get the fight to the ground and earn a TKO win in his Bellator debut.

However, it does show you just how much people think about Yagshimuradov. One thing that I think really plays into his advantage tonight is the way that he carries his hands.

Yagshimuradov carries his hands low which is usually not a good thing. However, when fighting a dominant wrestler like Corey Anderson, having his hands low could help him with defending the takedowns.

For Corey Anderson, the Bellator 257 game plan is what it always is for him. Use your striking just to close the distance and go for takedowns. If Anderson is able to land takedowns, he’s going to get a decision.

We’ve seen Anderson get knocked out and Yagshimuradov does have some pop in his hands. I would be shocked at all if Yagshimuradov catches him with something coming in. However, I’m going to go with the safe pick here and ride with Corey Anderson to use his wrestling to earn a decision. 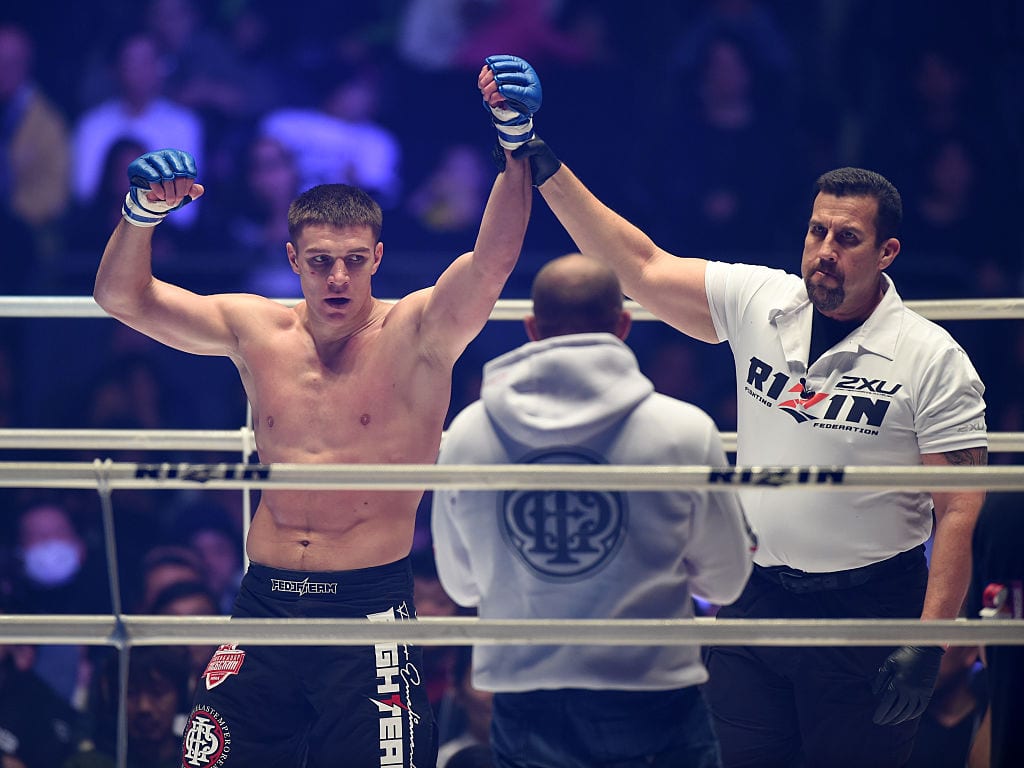 In the main event of Bellator 257, we will see another quarterfinal matchup in the Light Heavyweight Grand Prix. However, in this matchup, the light heavyweight title is on the line.

Bellator‘s light heavyweight champion Vadim Nemkov (12-2) takes on Phil Davis (22-5). This fight is a rematch from Bellator 209 back in 2018. That night, Nemkov was able to edge Davis by split decision.

Vadim Nemkov joined Bellator back in 2017 and he’s been perfect with the promotion. The Russian who trains under the great Fedor Emelianenko appears to be someone who can be a face for the promotion moving forward.

Since making his Bellator debut, Nemkov is a perfect 5-0 with only the Davis fight going the distance. Everything culminated for Nemkov at Bellator 244 when he stopped Ryan Bader to become the light heavyweight champion.

Phil Davis made the jump from the UFC to Bellator back in 2015. Since making that jump, Davis has gone 9-2 with his only losses coming to Nemkov and Ryan Bader. Both of those losses were split decision losses.

Heading into Bellator 257, Davis has now won three fights in a row. His last victory was a split decision over Lyoto Machida, but prior to that win, he had back-to-back TKO victories.

When it comes to tonight’s main event at Bellator 257, I think Phil Davis has the much tougher task. I believe Vadim Nemkov is the much better fighter on the feet which is where I think this fight will primarily take place.

Davis does have the wrestling skills to get the Bellator champion down, but Nemkov is an extremely good grappler as well. Even if Davis can land a takedown, I’m not convinced he can keep the Russian down.

With that, I think we will primarily see these two striking in the Bellator 257 main event. I love the kicks of Nemkov and I think he’s going to utilize those to his advantage. Phil Davis is a crafty striker so I’m expecting him to have his moments.

However, if Phil Davis wants to win tonight, he has to be active and push the pace. If he’s at all passive against Nemkov, this fight isn’t going to be close. Ultimately, I think that Nemkov is going to remain the Bellator light heavyweight champion tonight.