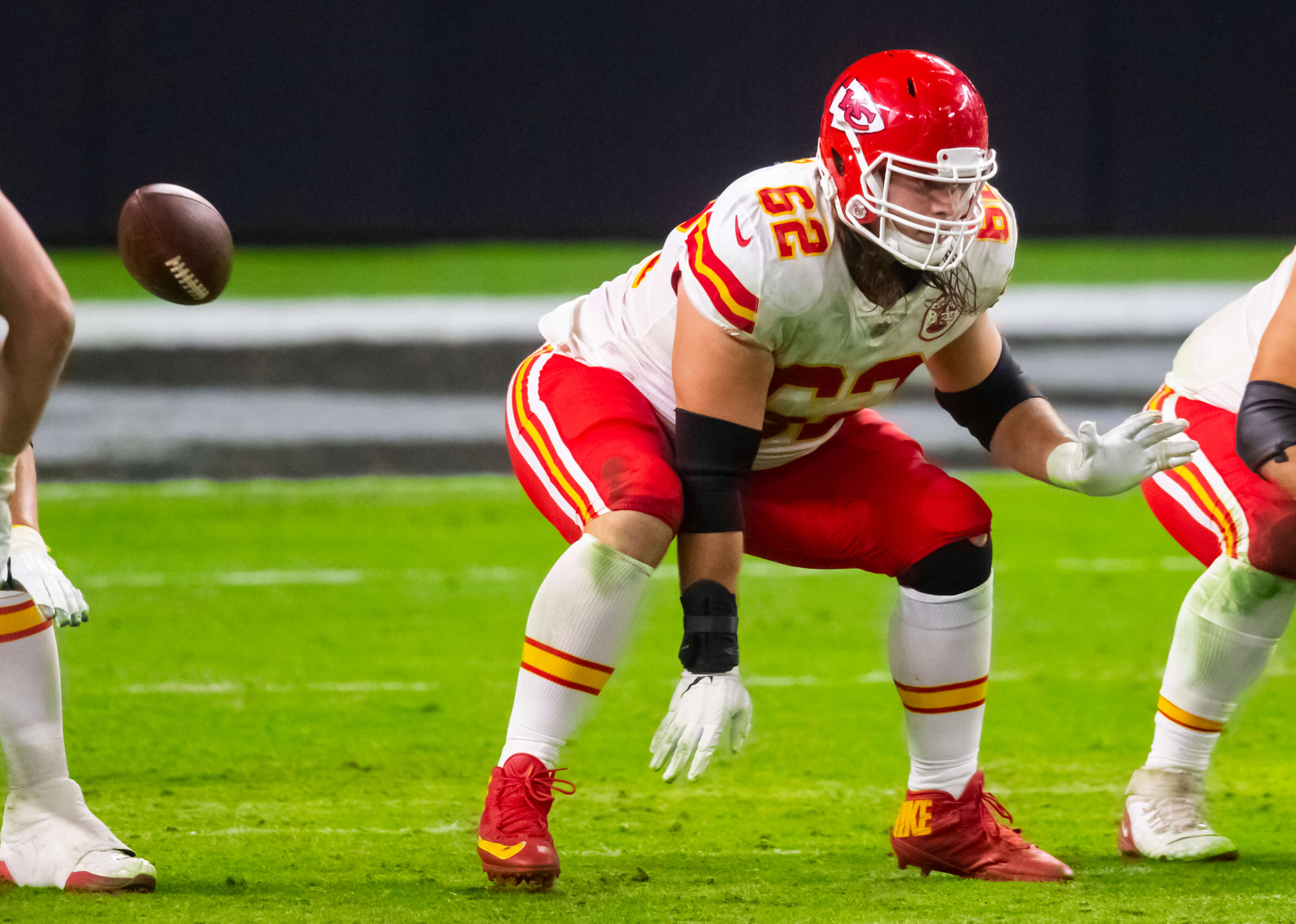 With injuries and retirement plaguing the New York Giants currently, investing more in their offensive line is a priority. Having no established players featuring in the trenches, quarterback Daniel Jones could be in for another tough season in 2021.

Last year, the Giants posted the league’s worst pass blocking unit, and instead of adding more talent, they allowed their best lineman to depart in free agency, cutting Kevin Zeitler to save cap space. The coaching staff is expecting their youth to take a significant step forward, including Andrew Thomas at left tackle, Matt Peart at right tackle, Shane Lemieux at left guard, and Will Hernandez at right guard.

However, Monday’s practice saw reserve lineman Jonotthan Harrison working on the side with trainers, indicating more issues in the depth department.

With that being said, the Giants might consider bringing in former Kansas City Chiefs Center Austin Reiter. After signing former Cowboy Joe Looney to fill a spot on the interior, he elected to retire, citing physical issues. The Giants have had four players retire in the last two weeks, including Lowney, Todd Davis, Kelvin Benjamin, and Zach Fulton. That makes adding depth pieces even more essential, which is why Reiter could come in to play.

Having won a Super Bowl with Kansas City, Reiter, a 6’5″, 300-pound veteran, could offer essential reserve talent in the interior. Having only played center during his career, Reiter would allow Nick Gates to cross-train at OG and supplement any issues. With injuries popping up spontaneously, having an adequate replacement for Hernandez and Lemieux is essential, especially with Fulton retiring.

Signing Reiter on a one-year deal could be beneficial, especially considering his pass blocking grades. Per PFF, Reiter landed a 77.7 pass-blocking grade last season but underwhelmed as of run-blocker. The Giants have indicated their interest in interior linemen, but Reiter’s strict center value doesn’t offer much diversity in his game, which could lead the team in a different direction.

A few alternatives include David DeCastro, Nick Easton, and James Carpenter. DeCastro would be an ideal fit, but he’s mulling retirement.

With the New York Giants experiencing an injury scare with potential starting left guard Shane Lemieux this past week, it became clear they could use more depth in the trenches. Current starting center Nick Gates is expected to earn reps at guard during training camp, which could open the door for a potential move if the Giants find a solid supplement to snap the football.

According to Jeremy Fowler of ESPN, the Giants and several other teams are looking to bring in center Austin Reiter for a visit.

Giants are bringing in FA Austin Reiter for a visit, who plays center. Having started 2 years with Kansas City, could be a solid fit, would give Nick Gates the opportunity to compete at guard too!

On Saturday, the Giants decided to bring in Reiter to gauge his fit as a potential free-agent signing. Having waited the entire off-season to sign with a new team, Reiter is finally drawing interest as a former starter for the Chiefs, having won a Super Bowl.

This past season with Kansas City, Reiter earned a 79.2 overall pass-blocking grade, allowing three sacks and 11 pressures on the season over 1250 offensive snaps, per PFF. In comparison, Gates earned a 71.5 overall pass-blocking grade, allowing one sack and nine pressures over just 291 snaps. There’s no question that Reiter is a more proven commodity in the interior, and if the Giants are able to scoop him up, it would allow gates to compete with Lemieux at left guard.

The Chiefs decided they would upgrade the position after seeing Reiter reach his pro ceiling, but he’s more than capable of starting for an alternative team. He is far more efficient as a pass blocker than run blocker, something the Giants will note. However, protecting Daniel Jones is the priority, and having a refined player to help in that category is essential.

With reserve center Jonotthan Harrison currently injured, Reiter would be a welcomed addition but could push for Harrison’s spot on the roster.