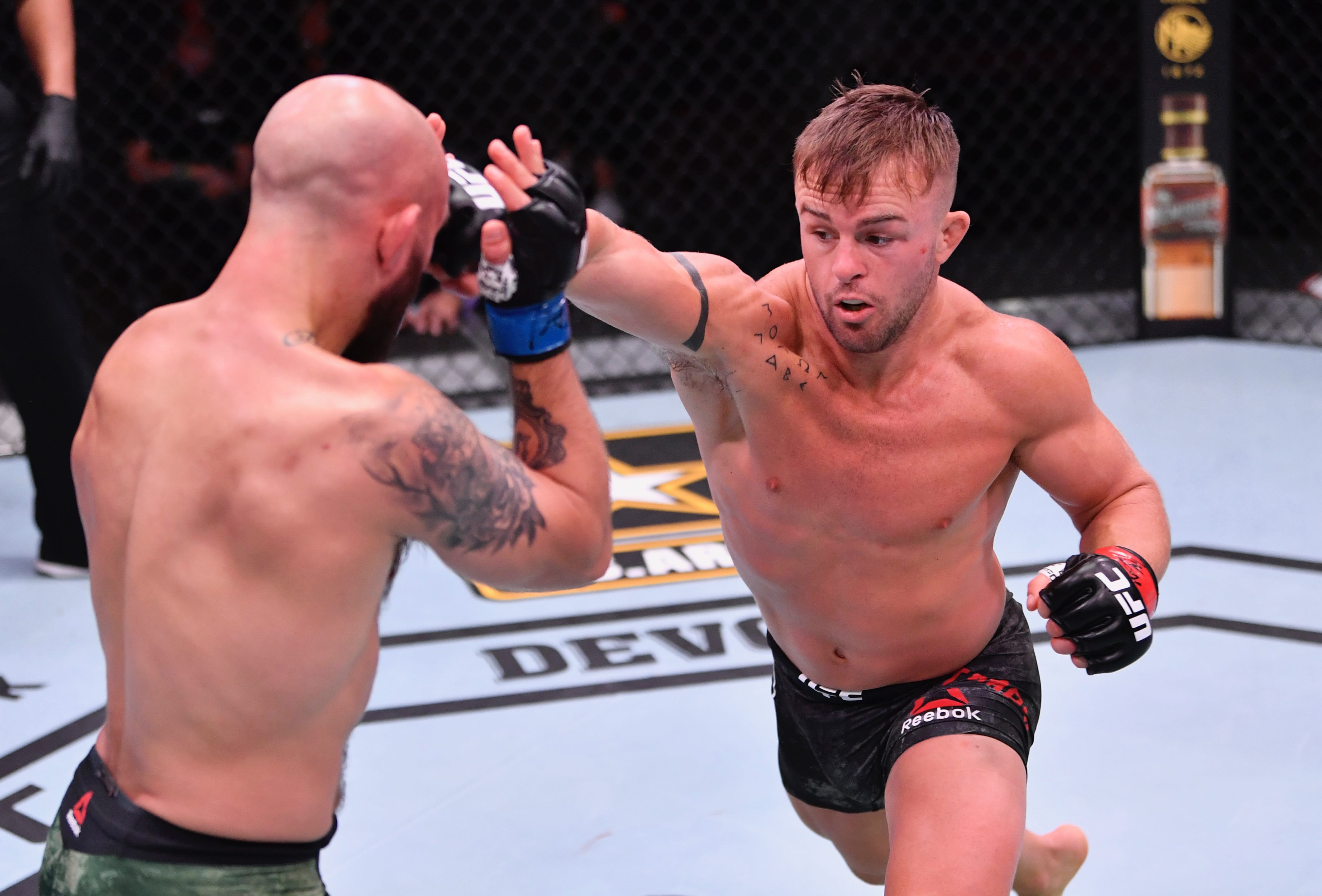 UFC Vegas 18 has seen a switch up for this Saturday night. Originally, Cody Stamann (19-3-1) was set to take on Andre Ewell (17-6) this Saturday, however, that fight has been called off after Ewell tested positive for COVID-19.

The UFC worked quickly and found Stamann a replacement. Stamann will take on UFC newcomer, Askar Askar (11-1) this Saturday night. The news was first reported by Bloody Canvas. Askar last competed at LFA 92 back in October where he won a decision.

For Askar, he’s taking his shot, but it’s a steep mountain to climb on Saturday night. Stamann is one of the best in the promotion and that’s a lot to take on with just under a week’s notice. However, taking this fight will do nothing but earn him praise with the promotion.

Entering 2020, Askar Askar was undefeated. However, back in February he suffered his first career loss when he was knocked out by Saidyokub Kakhramonov in the first round. As mentioned, he bounced back to defeat Kevin Wirth in October.

Cody Stamann will make the walk on Saturday as the thirteenth ranked bantamweight in the UFC. Since making his debut with the promotion back in 2017, the only men to have defeated him are near the top of the division.

Stamann has a 5-2-1 record in the UFC after eight fights. However, the two losses came against Aljamain Sterling and Jimmie Rivera while the draw came against Song Yadong. All ranked bantamweights in the UFC.

The last we saw Stamann was when he took on Jimmie Rivera on Fight Island. Stamann had just fought a month prior to that and defeated Brian Kelleher. He was looking to capitalize on the momentum, but ultimately dropped a decision to Rivera.

Now, Stamann will look to get back on track with a win over Askar. It’s a risky fight to take for Stamann considering it’s such short notice against someone who’s never been in the UFC. I would expect a heavy dose of wrestling on Saturday night from The Spartan.