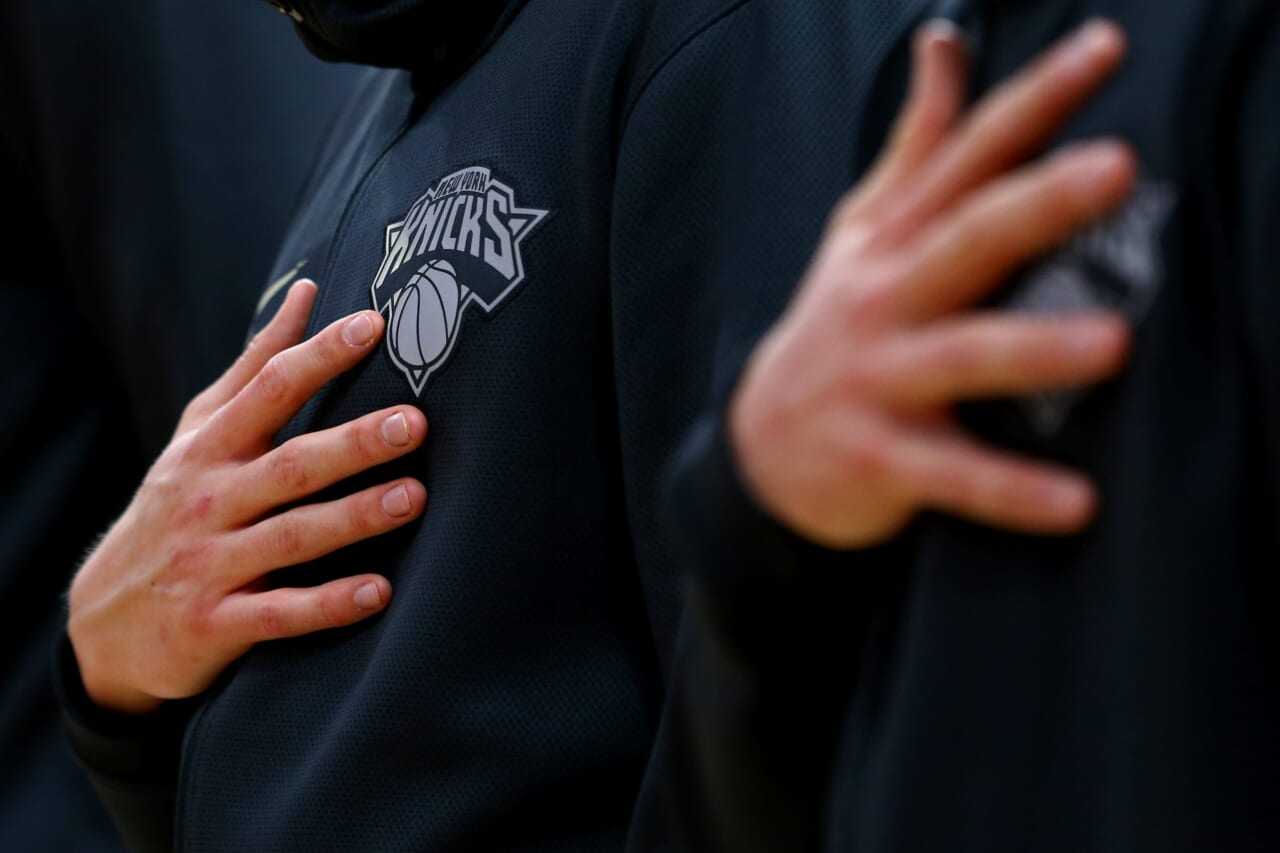 Presidential candidate Andrew Yang has been very open about the New York Knicks.Â  He said that the current state of the Knicks is their ‘darkest times’.Â  However, if one was paying attention to what the team is doing, fans can see the future is bright.

Yang was a Knicks fans until the struggles became too much for him.Â  He jumped ship and is, allegedly, now a Brooklyn Nets fan.Â  Only die-hards know what fans have been through on this long journey as a Knicks fan.

Times have most certainly been darker.Â  It appears he was not paying close attention to the Isiah Thomas years.

Just because the Knicks missed out on all big name free agents this summer does not mean that they are in basketball purgatory.Â  At first glance, some fans might have overreacted and rightfully so.Â  But, when you break down the moves they have made, there is light at the end of the tunnel.

When was the last time Knicks fans can say they have a promising young core?Â  Or, that they own 7 1st-round draft picks in next 5 years?Â  Never.Â  Even last year, when they had the league’s worst record, they had one of the youngest roster’s.Â  That does not mean much, but it is a good start.

The Knicks have also drafted well since Scott Perry has become the general manager.Â  They are finally trying to develop their players instead of giving up on them after a few seasons.Â  The Kings were also in a dark place until Perry took over, and they too are on the come-up.

The Knicks are set up to succeed in the future.Â  It may not be this season, but the ball is rolling.Â  The team has tried numerous ‘quick fixes’ and they almost always back fire.Â  Except for 2012-13, their last playoff appearance.

No one said that being a Knicks fan was easy.Â  It is the most frustrating thing in the world.Â  Fans have been begging for a winning product and this is how they get there.Â  Breaking it down, building from the bottom up.Â  For once, things are different.

Yes, some big name free agents would have helped, but the Knicks have a different feel to them for a change.Â  They have put a young core in place to succeed and grow as one.Â  Being a Knicks fan is difficult, but there is finally some light on the horizon. 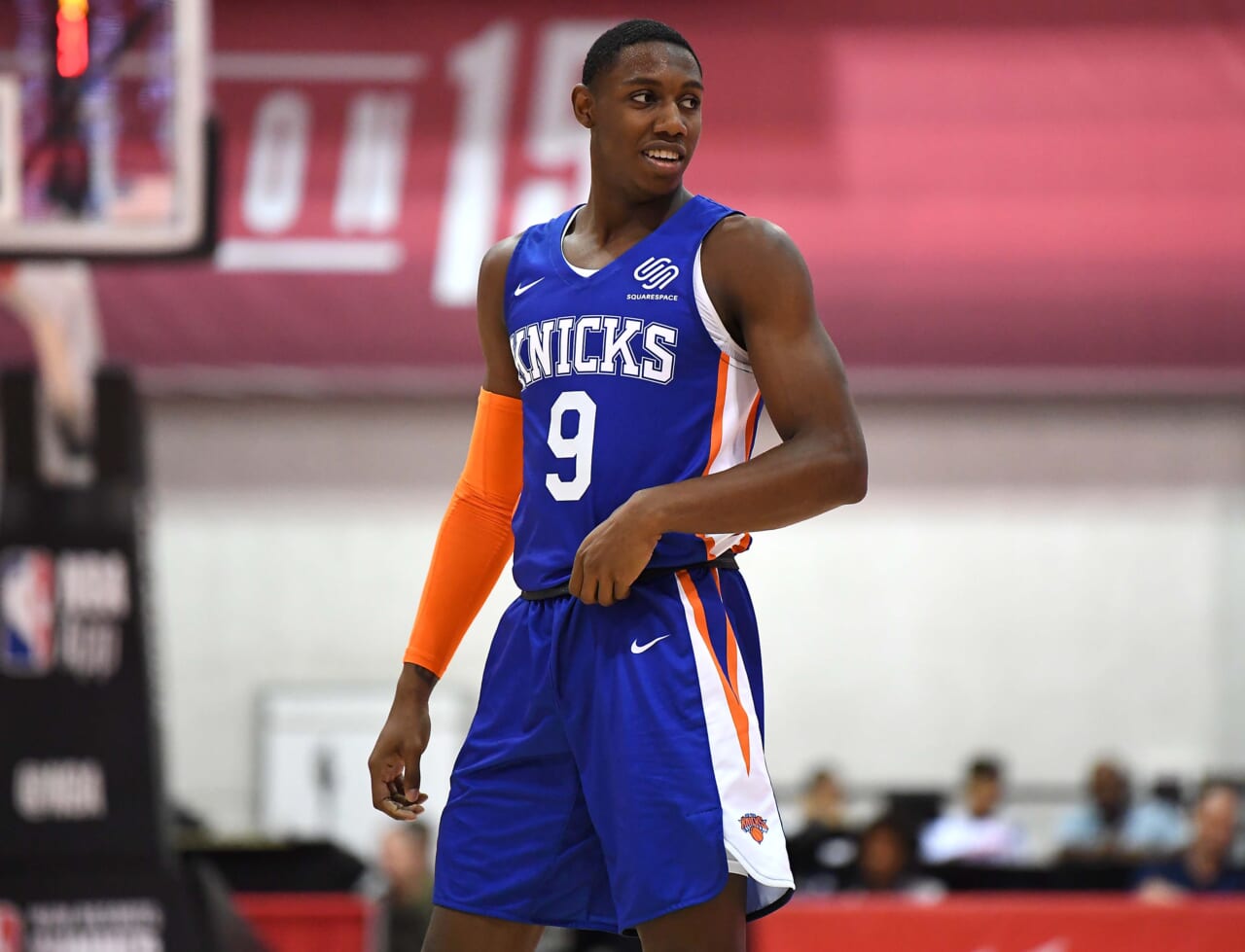 These days, everyone is taking shots at the New York Knicks.Â  Sportscasters, podcasters, analysts and now politicians.

Presidential candidate Andrew Yang gave his opinion on the Knicks off-season moves.Â  He said that the players the Knicks added â€œoverpaid role players.â€Â  While this may be true, and he may be correct, we simply do not know how these “role players” will gel under David Fizdale, so stick to politics for now.

Even Sportscenter has to get their two-cents in regarding the Knicks.

They asked 20 NBA executives and scouts about this off-season. One of the questions Sportscenter asked was, â€œWhat was the worst off-season move of the summer?â€

Six out of the 20 selected the â€˜Knicks off-seasonâ€™ has the worst off-season move.

While they are not wrong, the Knicks had a better off-season then people think.

The Knicks did sign a lot of power forwards, not entirely ideal.Â  But, they did add youth and on good contracts, with all consisting of a second or third-year team option.Â  On top of that, they brought in good veteran presence, Marcus Morris and Taj Gibson, to mentor the youth.

However, one of the new signings, Reggie Bullock, will not earn his Knicks contract until he returns from his back injury. The time table for his return is six months, currently.

It seems like everyone is riping on the New York Knicks, and rightfully so.Â  They were supposed to have a giant off-season with signing free agents and that fell through.Â  Just because the Knicks did not get superstar players does mean that they had an awful free agency.

Scott Perry is putting the Knicks in a position to be successful in the future with youth and quality veterans.Â  The Sacramento Kings seem to be in a better position moving forward then they were a few years ago.Â  Letâ€™s hope Perry is doing the same with the Knicks.