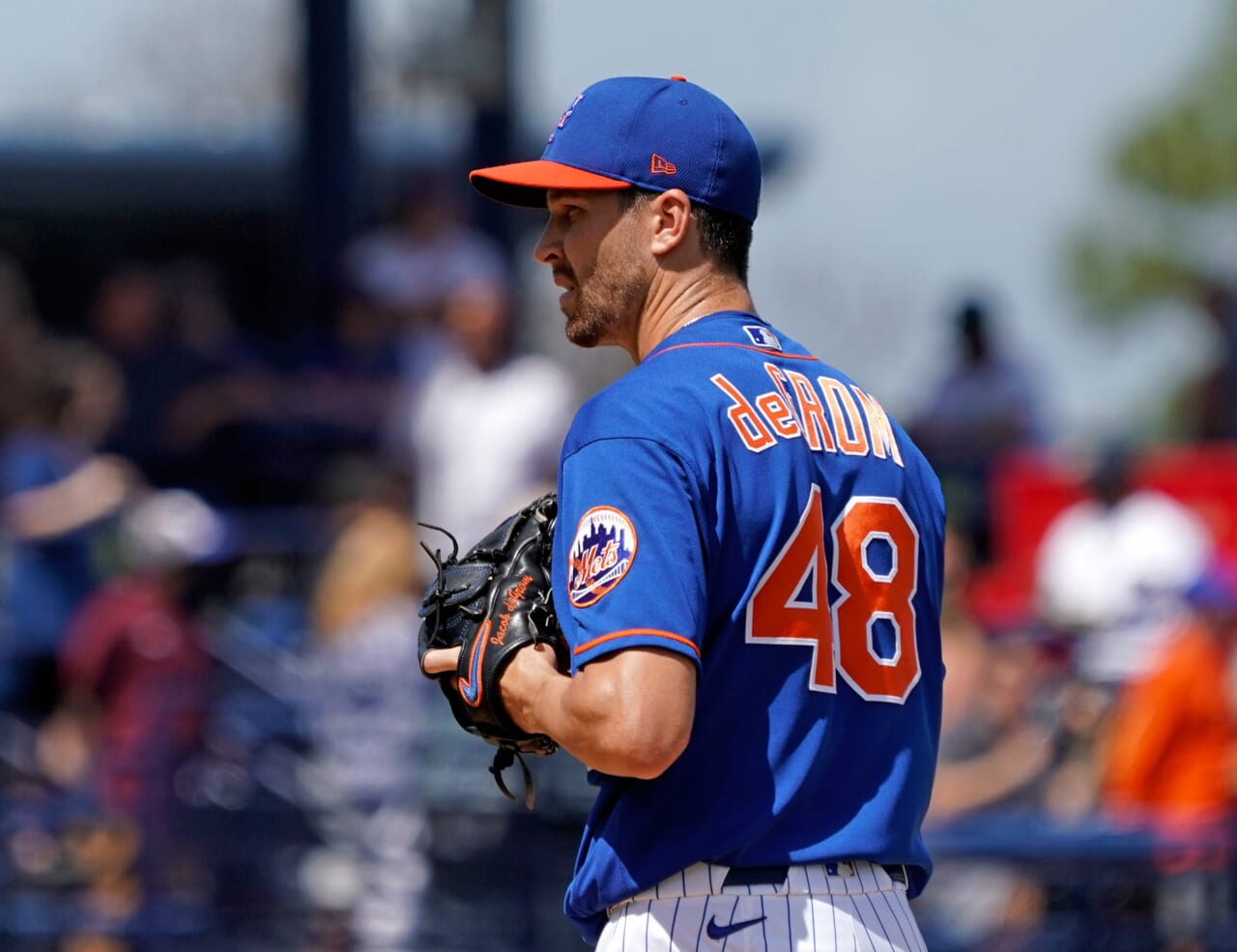 The New York Mets needed an amazing start from Jacob deGrom to keep their postseason hopes alive, but he was only average on Saturday. In game one of the doubleheader, the Washington Nationals won 4-3 and took game two 5-3 against the struggling Rick Porcello. It became the fourth consecutive season that the Mets missed the playoffs.

Jacob deGrom on the Mets missing the postseason: â€œEight teams go and we didnâ€™t make it. Thatâ€™s pretty frustrating."

Jacob deGrom came out firing bullets in the first inning. He hit 102 mph with his fastball, the fastest pitch of his career, and tying the fastest pitch of the season. deGrom ran into trouble from the third inning on, as he lost command, allowing a run in each of the final three innings he pitched. While striking out 10, his ERA went up to 2.38 and knocked out his chances of winning the Cy Young.

The Mets offense got to Max Scherzer early with a two-run home run from Wilson Ramos and a solo homer from Amed Rosario. Unfortunately, the Mets offense went dead late in the game as they left the lead run at third with one out in the sixth inning. Back-to-back strikeouts killed the rally and were followed by the Nationals taking the lead in the bottom half of the inning.

The Mets also lost Andres Gimenez to an oblique injury, which caused Rosario to enter the game. Dominic Smith also suffered a crushing blow, running face-first into the left-field fence. It allowed Andrew Stevenson to round the bases for an inside the park home run for his second homer of the game.

Rick Porcello towed the rubber for a meaningless game two of the doubleheader. He could not replicate the success from his last start allowing five runs over three innings. All the Nationals runs came in the third inning, as ten men went to the plate.

After the game, Porcello was disappointed in his poor season. He likely will not remain with the Mets for next season, and it is hard to see him landing with another contender in 2021. Porcello was not the only disappointed Mets starter as deGrom also voiced his frustrations with the underachieving Mets.

The Mets offense struggled outside of Pete Alonso. He hit a line-drive home run, which added to a good rebound day at the plate. Alonso showed better discipline at the plate and emphasized hitting the ball hard instead of just hitting it in the air.

Seth Lugo gets the final start of the season as he faces off against Austin Voth. Game 60 starts at 3:05 p.m. ET from Nationals Park as the Mets hope to avoid last place.