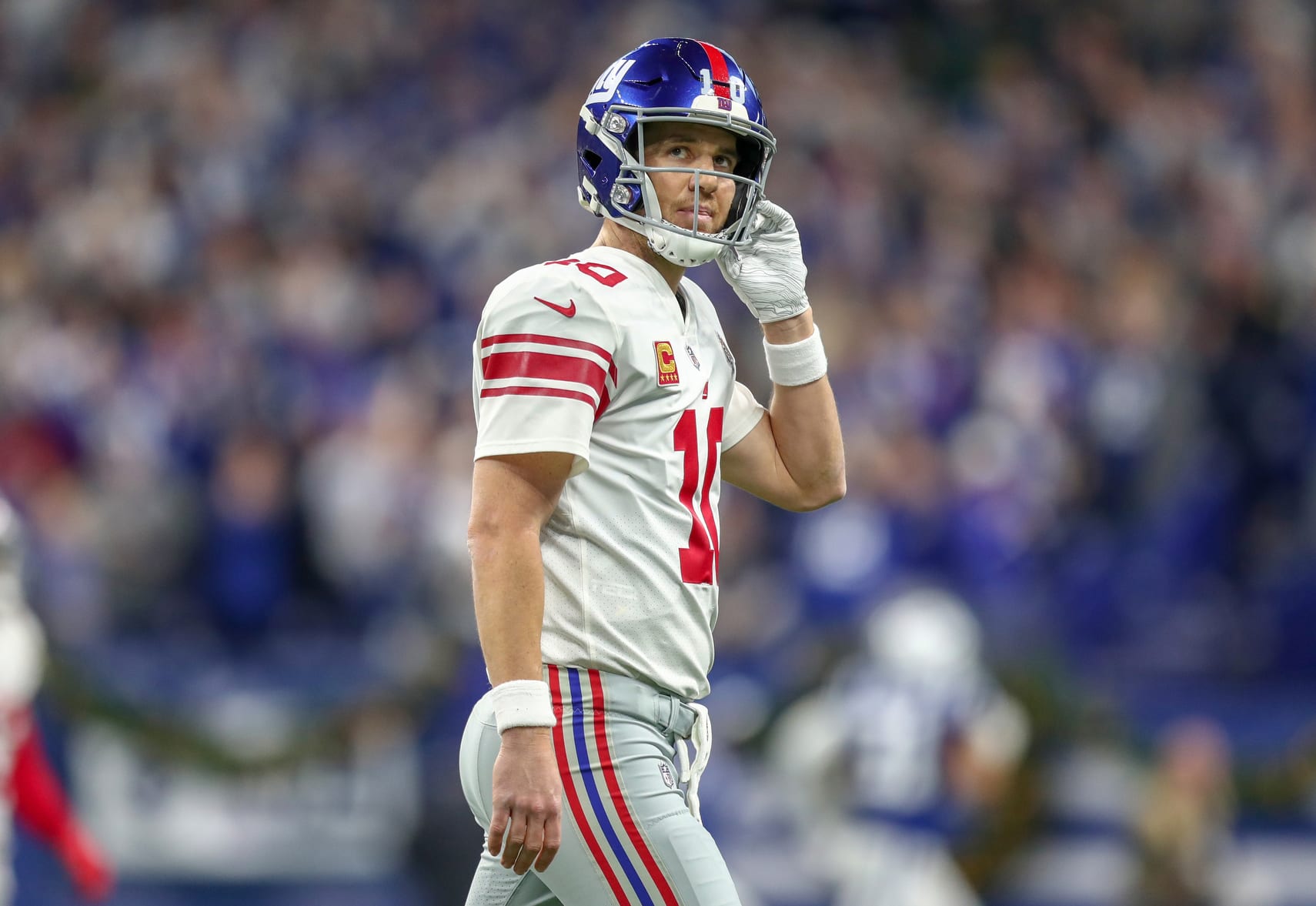 The New York Giants traveled to Indianapolis to play the white hot Colts in week 16. The Colts had won 7 of their last 8 games and were fighting for a playoff spot. The Giants came into this game already eliminated from playoff contention, but refusing to quit. The Giants started the game strong, but ultimately could not finish it off and took a one point loss against the Colts. The Colts improve to a strong 9-6 record on the season while the Giants sink to a lowly 5-10.

Dynamic Offense Leads The Giants To A Strong Start

The Giants had a lead up until the final minute of the game. The offense struggled to get going on the ground, but the passing attack was consistently excellent throughout the majority of the game. The Giants jumped out to a 14-0 lead in the first quarter from a strong connection between quarterback Eli Manning and wide receiver Sterling Shepard. With Odell Beckham Jr. out this week, Shepard stepped up and had his best game of the season. Shepard finished the game with six receptions for 113 yards, including multiple third down conversions and one beautiful double move 57 yard completion down to the six yard line. This set up a Scott Simonson three yard touchdown reception.

Another stand out player on offense this week was tight end Evan Engram. Engram struggled to get going during the first half of the season. He dealt with a couple of injuries and was not used much in the offensive game plan. However, in the past few weeks, Engram has been receiving an influx in targets and therefore an increase in production.

Head coach Pat Shurmur called many plays for Engram including two end around rushing attempts that gained a total of 26 yards. However, it was through the passing game that Engram made a real impact. He hauled in all six of his targets for 87 receiving yards. He got the Giants down to the one yard line twice to set up easy touchdowns for his quarterback, once on a rushing attempt, and once on a deep pass down the seam.

Evan Engram balling out today and SHOULD have two touchdowns #NYG pic.twitter.com/vnttNnPSbu

The Giants went into halftime up by 10. The score was 17-7, but the Colts quickly cut it down to a three point game as quarterback Andrew Luck connected with receiver Dontrelle Inman for a touchdown on third and goal. The Giants responded with a touchdown of their own as Manning converted his seventh rushing touchdown of his career on a quarterback sneak from the one yard line.

They made their way down to the 20 yard line with two minutes remaining. On first and goal, Luck threw an incompletion to the end zone, however, Giants cornerback B.W. Webb was called for pass interference, giving the Colts a first and goal from the one yard line. This would result in a touchdown from Luck to receiver Chester Rogers with under a minute remaining. The Giants would get the ball back with 55 seconds left with the opportunity to score, but they would have the game end with an Eli Manning interception.

The Aftermath Of The Loss

The Giants record is now 5-10 with one game left to play this season. Eli Manning and the Giants offense played a solid game but came up short in the end. The defense struggled to stop the Colts offense in the second half, driving home the tenth loss of the season. With this loss comes a portion of good news. The Giants showed they have multiple young players to build upon for their future, such as Shepard and Engram. In addition, the Giants moved up in draft positioning ahead of the Jaguars and to the seventh overall pick. This loss has potential to be a positive for the Giants in the long run.