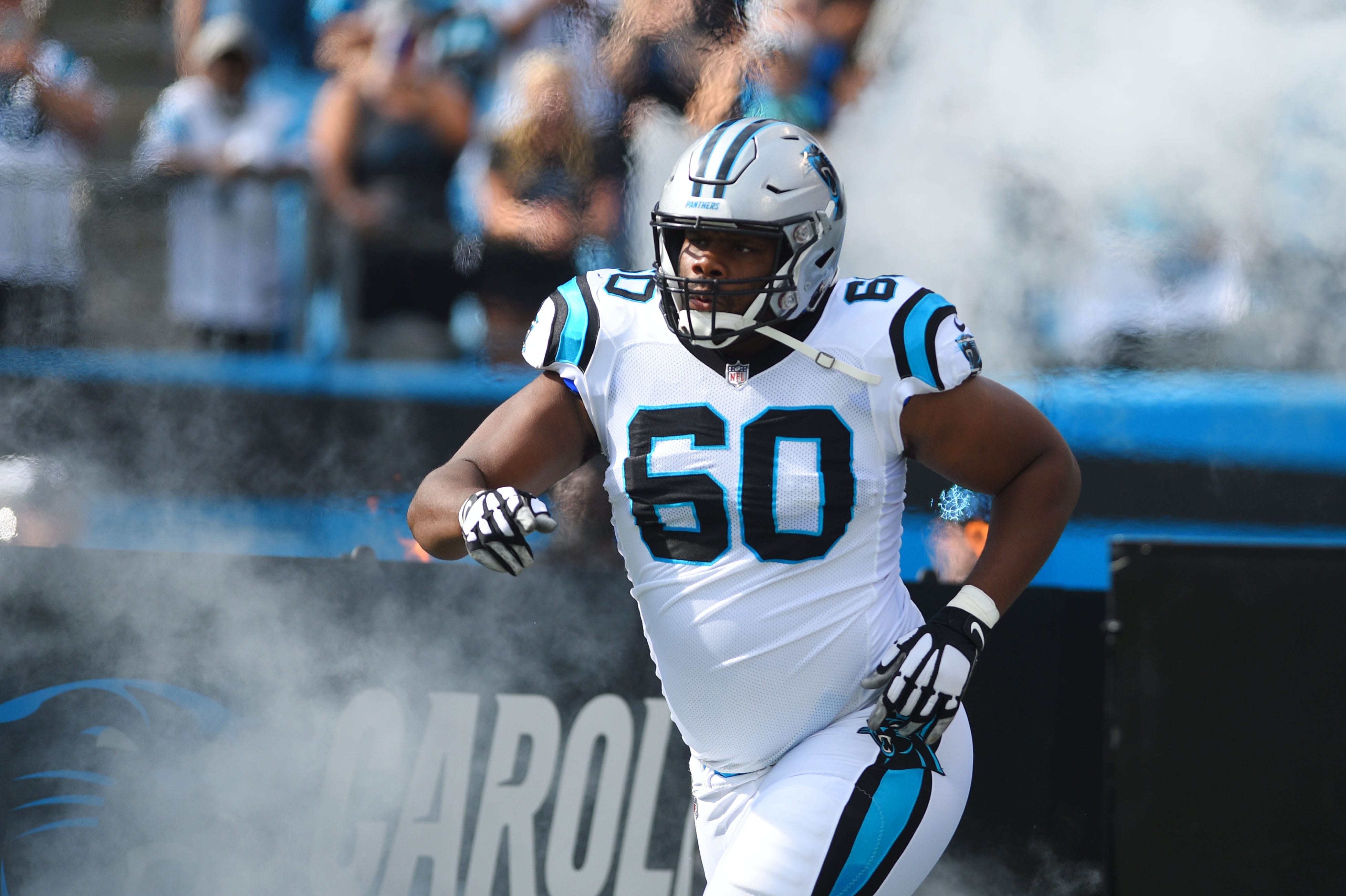 The New York Giants have holes throughout their roster. They have depth and talent at some positions, such as running back and tight end. But at other positions, they lack talent and depth. One of the Giants’ weakest positions is the right tackle position. This is a position the team will need to upgrade this offseason in order to see their offense grow in 2019.

The Giants’ current starting right tackle is the second-year player out of USC, Chad Wheeler. To start the 2018 season, the Giants had Ereck Flowers starting at right tackle. After constant poor play by Flowers, Wheeler took over the starting job.

Despite his low season grade in 2018, the Giants could move forward with Wheeler as their starter. Though many Giants fans may disagree with that course of action, the Giants could go through with it because of Wheeler’s age. He is only 24 years old and has plenty of time to develop. As general manager Dave Gettleman has stated before, he does not quit on talent.

If Gettleman does decide to move on from Wheeler, he has a few options to choose from in the 2019 offseason.

The Giants’ main target in free agency should be Carolina Pathers’ right tackle Daryl Williams. Williams is slated to become a free agent this offseason after suffering an injury and missing the 2018 season. Since Daryl is coming off of an injury, his price tag should be reduced. At 27 years old, Williams would be a great piece of the future for the Giants if they manage to sign him. Williams had a 78.0 Pro Football Focus grade in 2017, third best in the league.

Many fans and reporters alike have speculated that the Giants will be interested in Daryl Williams due to Dave Gettleman’s connection with him. Gettleman was the general manager of the Panthers when Williams was drafted. Since Williams is one of his former draftees, it would make sense if Gettleman wanted to go after him in free agency.

Daryl Williams will likely have a competitive market, so it is no guarantee that the Giants will be able to sign him. If they are unable to sign Williams, there will be other tackles available in free agency.

Ja’Wuan James is another right tackle who will have a competitive market this offseason. James had a 70.7 Pro Football Focus grade in 2018 and was a great player for the Miami Dolphins. James is also only 27 years old, so he too could be a player for the Giants to build around. If the Giants strike out on Williams, James is their next best option.

The Giants could consider a few veterans to start for a year or two if they are unable to secure any younger options. Veteran options include Jared Veldheer, Austin Howard, and Andre Smith.

If the Giants are unable to sign a right tackle in free agency, they could look to draft one. Drafting a right tackle would mean having one to be around for the future, rather than overpaying on a veteran for a year or two.

Jawaan Taylor, right tackle out of the University of Florida, will likely be the top right tackle taken in the 2019 draft. He is projected to be a mid-first round draft pick. It is unlikely the Giants select Taylor as they will be picking too high to take him, with more talented players on the board. Expect the Giants to focus on right tackle in the middle rounds of the draft. In rounds 2-4, players such as Dalton Risner, David Edwards, and Andre Dilllard will be options for the Giants.

Dalton Risner is a good run blocker out of Kansas State. He checks in at 6-foot-4, 297 pounds. He began his career as a center in college, but he moved outside after a performing past expectations. Risner is projected to go in rounds 2-3.

David Edwards, the 6’7″, 315 lbs, massive lineman out of Wisconsin is also projected to go in rounds 2-3. Edwards was an exceptional player in 2017, but struggled heavily in 2018. He is a stout run blocker, but will need to improve his pass protection at the professional level.

Andre Dillard is a senior out of Washington State. He weighs in at 300 pounds and stands tall at 6′ 5″. Dillard is an athletic tackle who has the ability to slow down edge rushers. This will be a useful trait at the pro level. However, he is not the strongest lineman and will need to gain some strength to succeed at the next level.