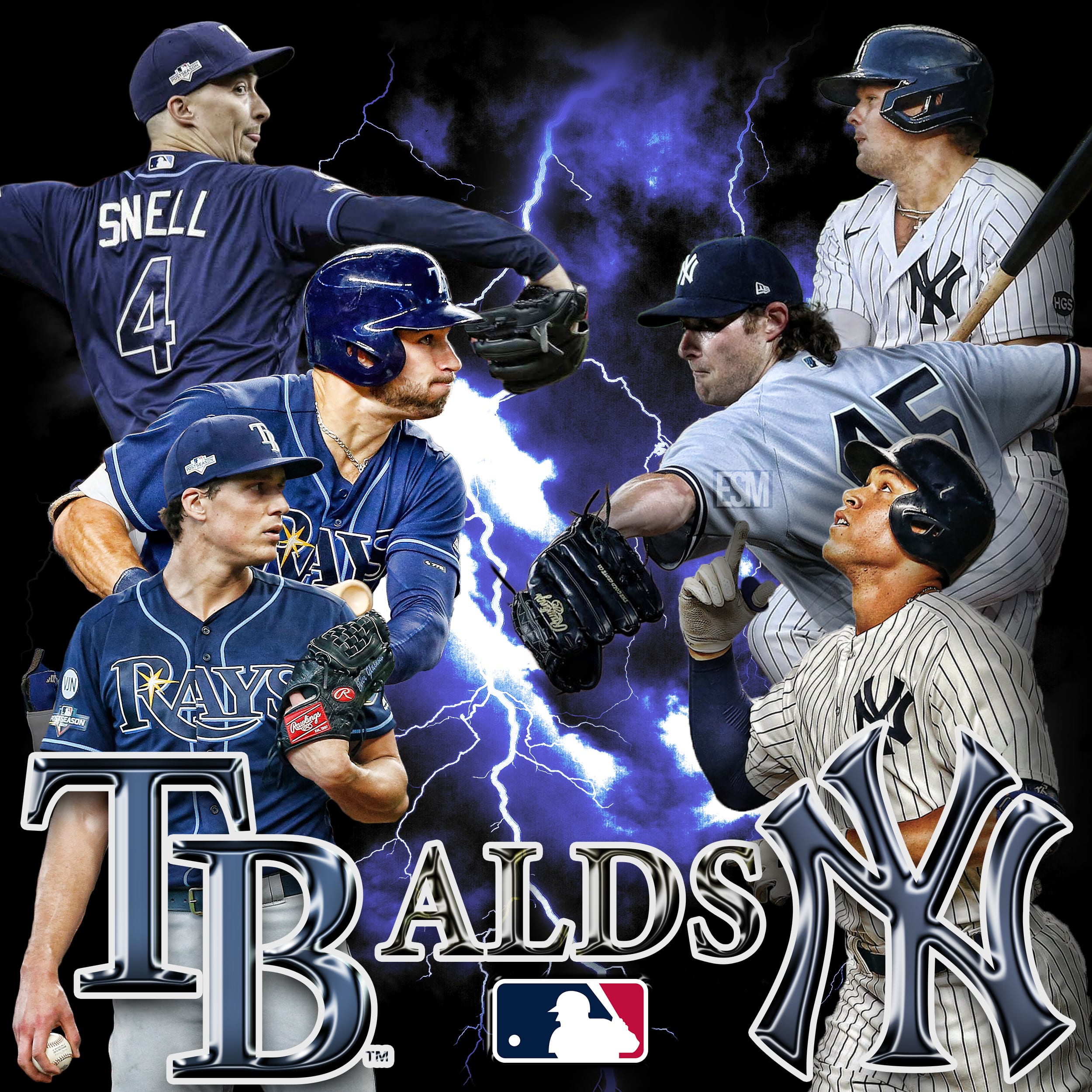 After sweeping the Cleveland Indians during the Wild Card Series, the New York Yankees are ready for Game One of the ALDS against the Tampa Bay Rays on Monday night. Sitting on top of the standings at the one seed, the Rays dominated the Yankees during the regular season, beating them eight out of the ten times the teams met.

“They’re just a really good ball club all around,” Cole said during a pregame interview. “They take care of the baseball on defense, play good offense, having many different styles on how they play offense. They have a good rotation and a good bullpen.”

Cole commented on because of how the Rays have played this year and the tension between the two teams, he expects there to be high intensity tonight and during the series. “Yeah certainly,” Cole responded when asked about the intensity. “Especially in the postseason. There’s already kind of a baseline of tension and with the history of tension, there’s going to be some people playing on edge.”

Snell had a similar approach to tonight’s game. “I think playing them is just like playing any other team,” Snell said. “It’s a talented team and some people look at it differently, but I just focus on what I can control and what I’m going to be ready for, and that’s their lineup. I’m more excited about that than the ‘he said, she said.’ That doesn’t really bother me.”

The Rays finished first in the AL East during the regular season with a 40-20 record. After starting the season incredibly hot, the New York Yankees faltered for a stretch and fell in the standings, eventually finishing in second place with a 33-27 record. Both teams swept their opponents during the Wild Card round. 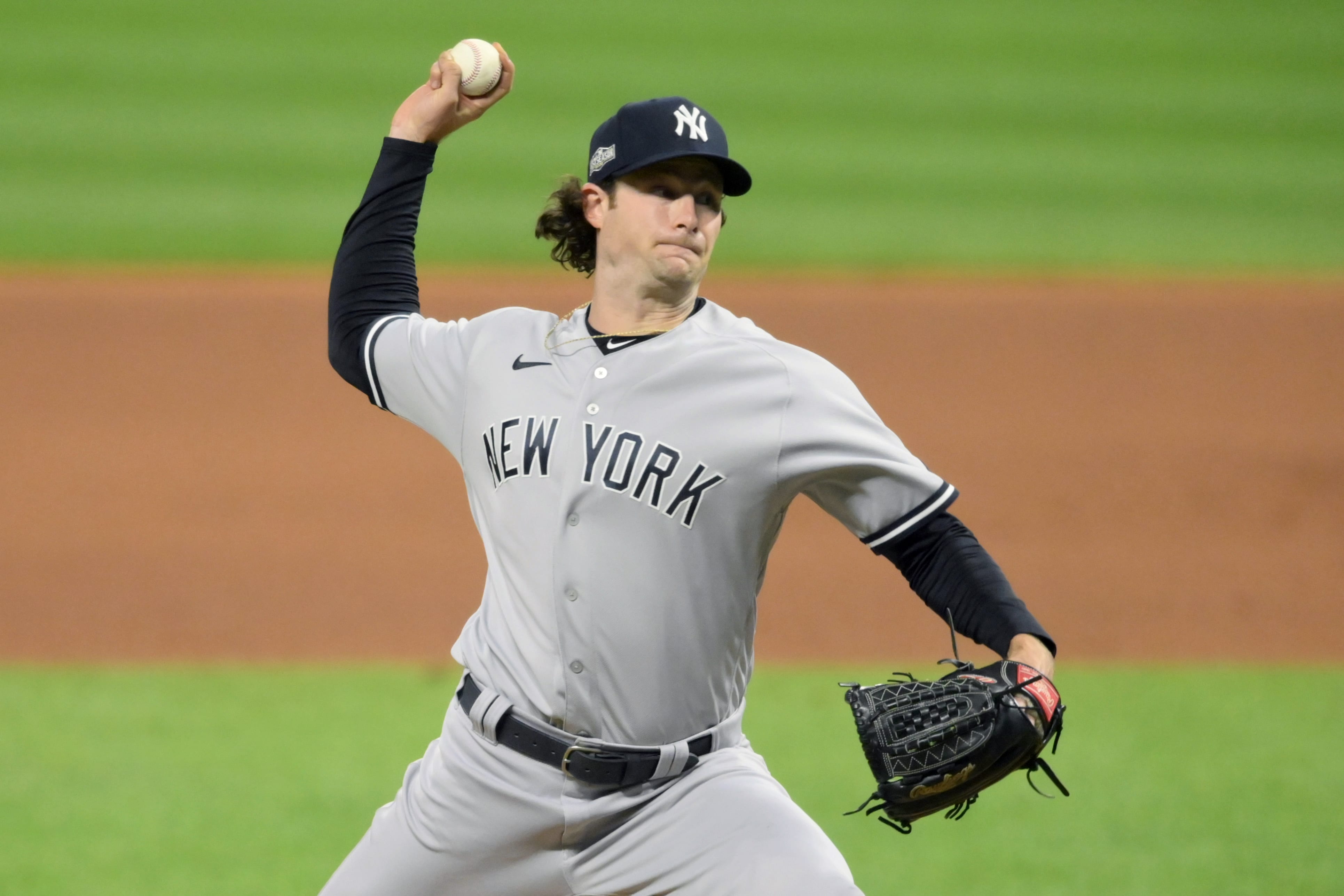 There are not many years where people could say that the most anticipated playoff series is in the divisional round. However, the New York Yankees facing off against the Tampa Bay Rays is expected to be must-see TV for all baseball fans.

The Rays had their way with the Yankees winning eight of the ten regular season matchups. The bombers just couldn’t get over the hump against the Rays. One of the games that the Yankees won was started by their ace, Gerrit Cole.

In that game in Tampa Bay, Cole went 4.2 innings but struck out 10 while giving up 3 runs. It was his fourth start of the year, and he just ran out of gas in the fifth innings. The Rays beat Cole in their second matchup on the year.

However, Cole has turned a corner for the Yankees in the month of September. Cole went 3-1 with an ERA of 1.00 in September and struck out 34 batters in 27 innings. Cole made his Yankees postseason debut against the Indians where he went seven innings and struck out a season high 13 batters.

Gerrit Cole has been known to be a slow starter. His year is actually on pace with where he was a year ago when he turned the corner for the Astros. When Cole got hot, he couldn’t be stopped as the Rays found out last year in the ALDS.

Can Cole repeat history for the Yankees?

Last year, the Rays pushed the Astros to the limit. However, they couldn’t get by Gerrit Cole. Cole started two games and he won both games pitching a combined 15.2 innings, striking out 25 batters and only giving up one run.

Had the current Yankees ace not been a member of the Astros, the Rays would have likely made the ALCS last year. Cole will get the ball twice in this years’ ALDS barring a sweep by either team. Cole will be the starter in game one and game four for the Yankees.

If Cole can pitch the way he has over the last month, the Rays could be in a lot of trouble. In my opinion, it’s easier to be the underdog after a season of losing to one team. The Yankees an an underdog are a very dangerous team.

It’s hard to imagine calling a team an underdog when they will have Gerrit Cole starting two games in a five game series. However, that’s the position the Yankees are in. The Yankees are hot right now with the bats, but the blueprint to victory in the ALDS starts with the $324 million man, Gerrit Cole. 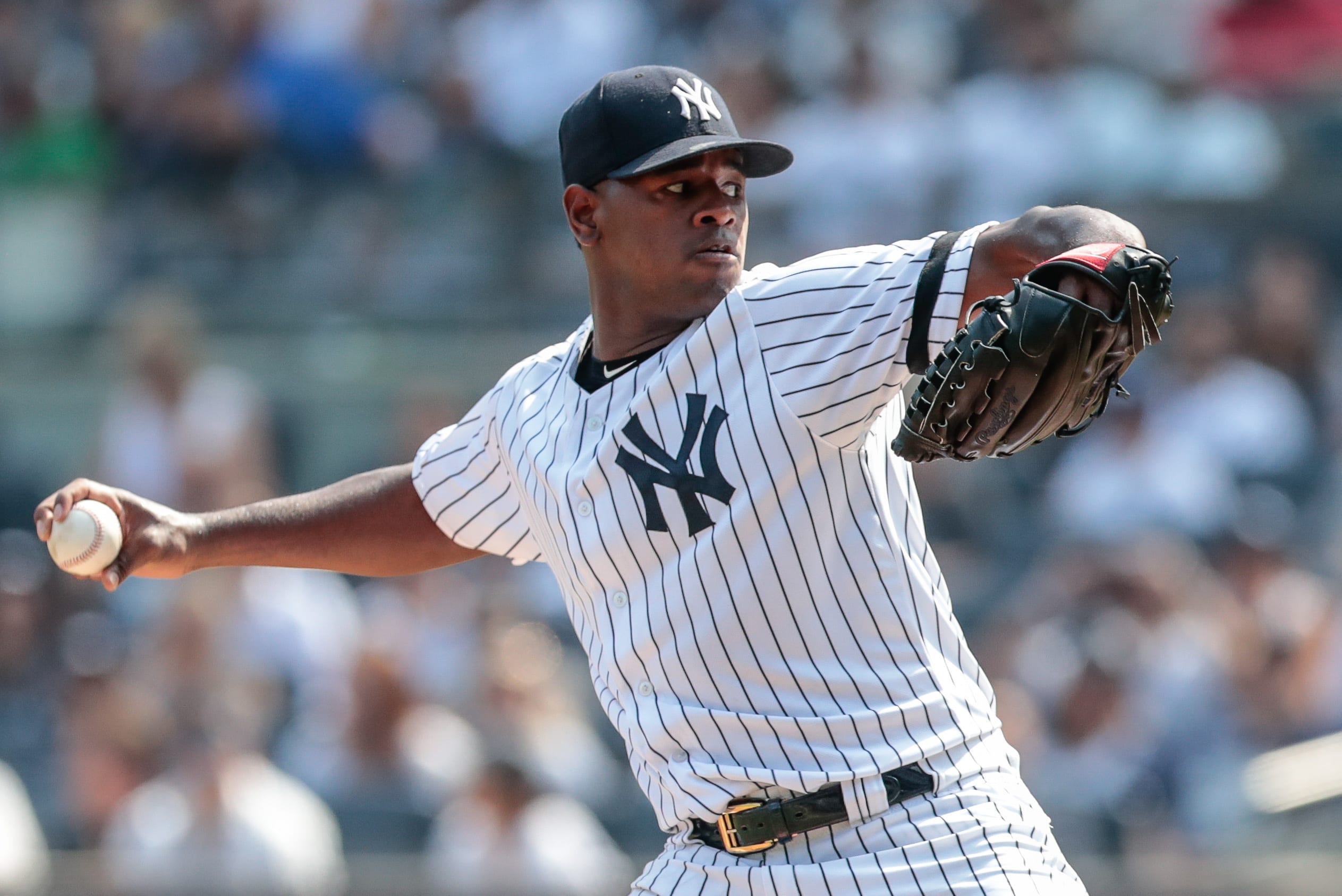 On Monday, the New York Yankees will be looking for a three game sweep of the Minnesota Twins in Minnesota. To do so, the team will be sending out Luis Severino for his seventh career postseason start.

If anybody remembers, his first came just two short years ago against the Twins in the AL Wild Card game. He went just a third of an inning that evening, but the Yankees still managed to get the win and get within a game of the World Series that season.

“I don’t even remember that” said Severino on Sunday about the 2017 Wild Card game. He goes into Monday with a fresh mindset, clear of his injury plagued season and prior postseason appearances.

Severino also feels confident about what he’s accomplished in his three starts this year. He’s 1-1 with a 1.50 ERA in 12 innings, and only gave up runs in his final start. Throughout his starts, his velocity continued to increase as well as his location and movement.

He is now looking for his second win in 2019, a win that would send the Yankees to most likely Houston for the ALCS. If Tampa somehow came back against Houston, the Yankees would open the ALCS at home.

Monday will be in the mid-50s and clear in Minnesota, with a sold out crowd at Target Field. Fans should be rowdy, but it’s nothing the Yankees can’t handle. They’ve always played well on the road, and plenty of Yankees fans will travel to Minneapolis and will be behind Severino all night.

If Sevy can just stay calm and execute his pitches like usual, he should have a great start and be able to send the Yankees off to the next round.