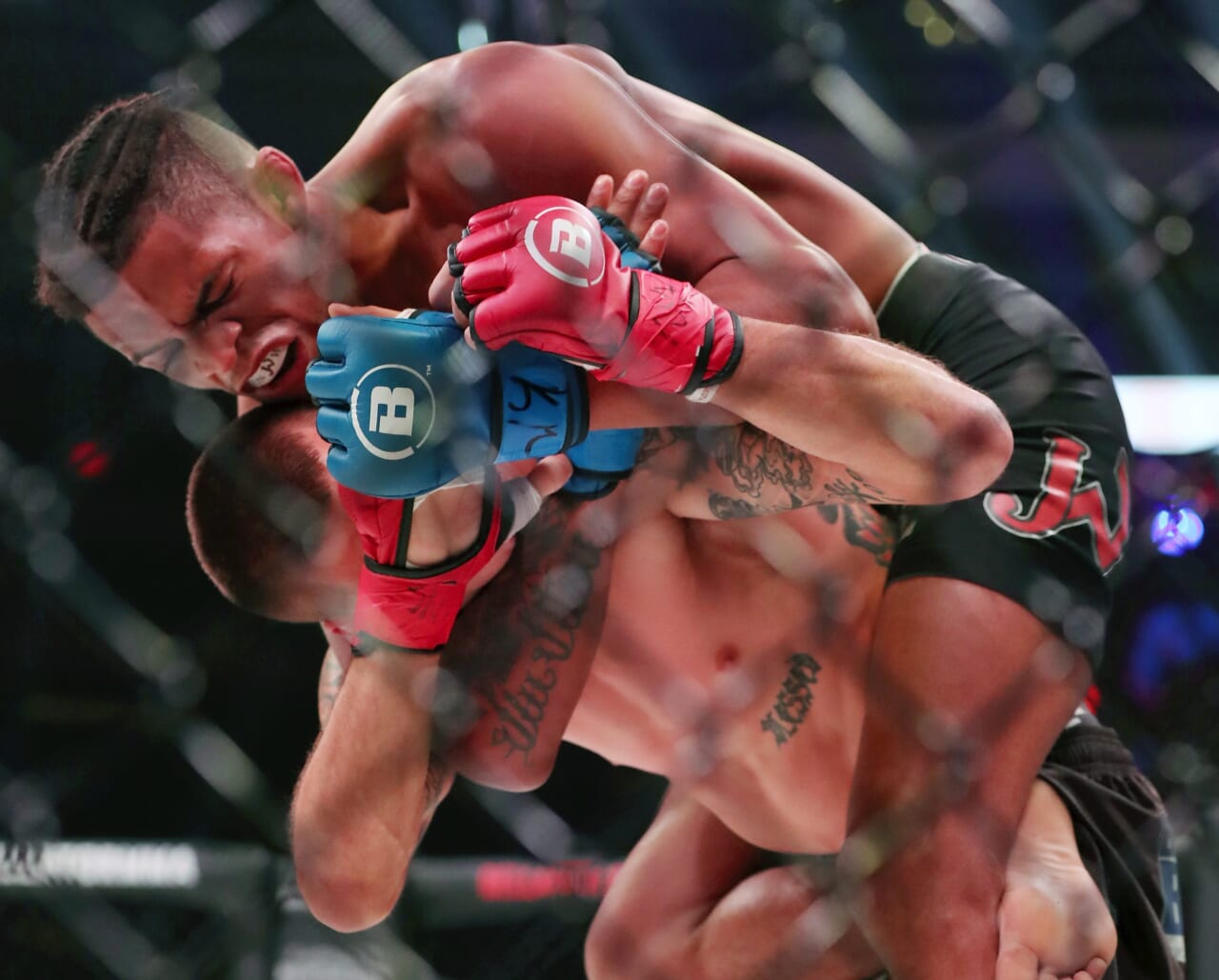 Tomorrow night at Bellator 258, former title challenger Patrick “Patchy” Mix (13-1) will look to bounce back. He’s taking on six-fight UFC veteran Albert Morales who will be making his Bellator debut.

Morales will enter the Bellator 258 cage having won two fights in a row. Both of those wins came under the Light Out Xtreme promotion and they both took place in 2019. This is Morales’ first fight since November of 2019.

When he was with the UFC, Morales went an underwhelming 1-4-1 in six fights. He earned himself a contract with the UFC after going 6-0 with five finishes. However, things went down hill quickly once he got to the UFC.

In his Bellator debut, he’s going to have his hands full. Patchy Mix is an absolute stud and he’s a finisher. At Bellator 246 last September, Mix got his shot at the bantamweight title against Juan Archuleta.

Patchy Mix looked great earlier on and got Archuleta in a lot of compromising positions on the ground. Mix’s ground game is sick and if you go to the ground with him, you’re going to find yourself in a lot of trouble.

However, Mix couldn’t keep his fast pace up for all five rounds. After the first couple of rounds, Mix really started to fade and Archuleta won by decision at Bellator 246. It was a learning experience for Mix who will look to bounce back tomorrow night.

As much as Bellator wants to build this up as a competitive fight, this is screaming ‘tune-up fight’ to me. Don’t get me wrong, Albert Morales can definitely do some damage in the cage.

He’s got some decent skill on the feet and on the mat. It’s not going to be a complete layup tomorrow night, but in reality, I don’t see Morales giving Mix any issues at Bellator 258.

If Mix were to lose tomorrow night, it would be a massive upset. I see Mix getting this fight down to the ground pretty early in the first round. Once it’s there, it will just be a matter of time. I think Mix picks up his tenth submission victory tomorrow night.