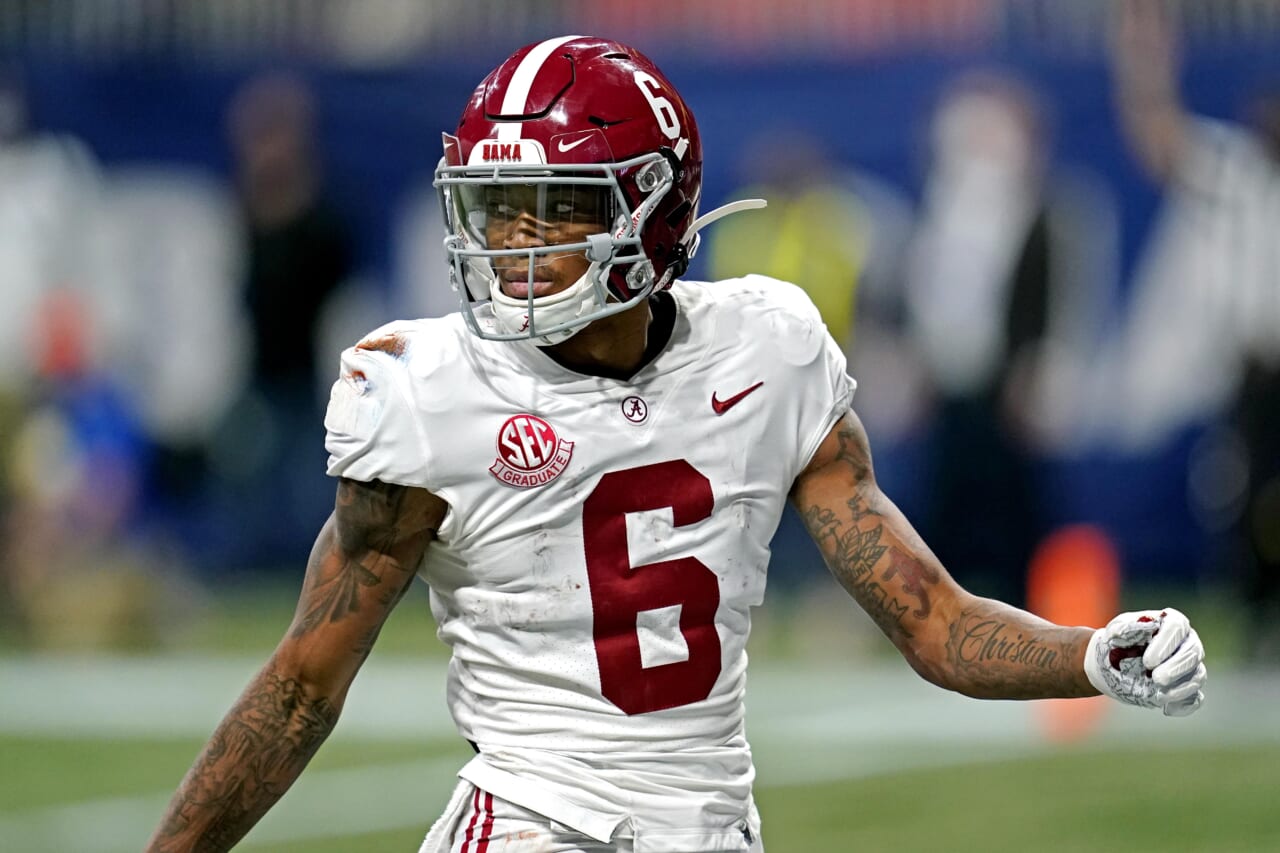 The Alabama Crimson Tide and Ohio State Buckeyes are playing on Monday night in the National Championship Game. This is the last time NFL teams will see these players play in a live game before they go through the NFL Draft process. The New York Giants need a No.1 wideout to be paired up with Daniel Jones. All Giants players and fan’s eyes will be glued to the T.V., watching hopefully one of their future playmakers on the outside.

Here are three WRs, the New York Giants could be interested in:

DeVonta Smith is arguably the best wideout in college football and will easily be the best wideout you see on Monday. Most draft analysts expect Smith to be off the board when the Giants pick, but what happens if Smith falls or if the New York Giants trade up?

The 6-foot-1 wideout out of Alabama has incredible hands but would need to bulk up some at the NFL level. He needs to balance his height with the cornerback’s strength to get off press coverage. Besides Smith’s weight, Smith is a perfect prospect. Smith excels at creating separation, which the Giants need the most on offense. Smith is also a fantastic route runner with perfect footwork.

This is the player that all Giants fans would be thrilled to get in April.

Jaylen Waddle is a name you might not have heard of, but he is in that DeVonta Smith tier of wide receiver. Waddle has been hurt for most of the season, which is why you have not heard his name much.

Waddle is not a big body receiver (5-foot-10), which the New York Giants are looking for, but he is lightning fast. The Giants lack separation on the outside, Waddle best attribute is his speed. Waddle can stretch the field or catch one short and take it to the house. Defense’s have to be aware of Waddle at all times; he reminds me a lot of Odell Beckham Jr.

Waddle is expected to be drafted in the top 15 in April, maybe to the New York Giants.

Alabama has been breeding wide receiver talent, but Ohio State has a receiver that can find his way in the first round.

After Ja’Marr Chase, Waddle, and Smith, there is a drop off of wideout talent, but Olave is in that next tier. The Giants could trade down in the draft and get Olave later, but should they?

Olave is 6-foot-1, 187 pounds, the perfect size for an outside receiver. The biggest issue with Olave is his route running, which the Giants’ biggest need is for the wideouts to get separation. Olave has the speed, strength, and athleticism to get a consistent receiver at the next level in the NFL.

Olave is expected to go in the late first round or top of the second round.