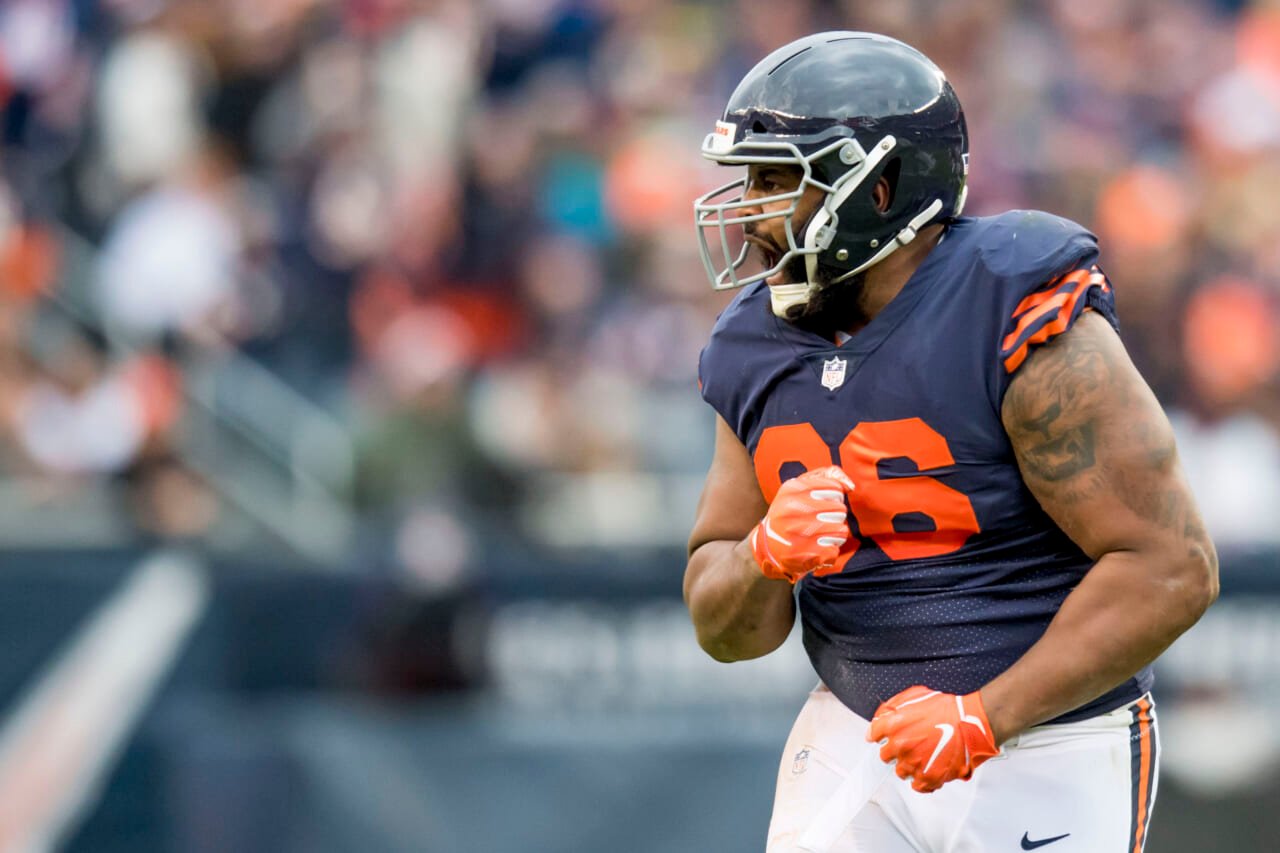 When the Chicago Bears report to training camp later this month, defensive line is a position that will look vastly different. A positional group that’s been led by names like Akiem Hicks over the last few years lost DL coach Jay Rodgers this offseason. Veterans Mario Edwards Jr. and Bilal Nichols will also return, despite the future of Eddie Goldman being uncertain.

Rodgers departure alone is a cause for concern, as he oversaw the development of names like Roy Robertson-Harris and Brent Urban, two names that overperformed throughout their tenure with the Bears. Both Robertson-Harris and Urban departed via free agency this offseason.

Depth for the Bears on the defensive line currently includes Angelo Blackson, Sam Kamara, LaCale London, Mike Pennel, and Khiyris Tonga. Only Blackson and Pennel have appeared in NFL games before, with Kamara, London, and Tonga being rookies or undrafted free agents.

In addition to depth being a concern, age is also another factor not being discussed enough. Nichols may be just 24 years old, however, Hicks, the undisputed leader of the position will be 32 years old in November and is set to be a free agent in 2022.

The importance of a good defensive line is simple: Defensive lineman eat up double teams, freeing up linebackers and edge rushers to make plays, while also giving the secondary more time in coverage. In the Bears context, that means names like Khalil Mack, Roquan Smith, and Eddie Jackson will have additional opportunities to make plays.

It’s possible that Blackson or Tonga emerge rather quickly but Chicago knows that on paper, this group looks a tad bit weaker compared to last year, which could impact the performance of the defense. The lack of depth is still a cause for concern, especially for a group that many viewed as being a major strength on the Bears defense, something that could change very quickly in the early parts of the 2021 season.

The Chicago Bears defensive line has been as good as any in the NFL over the last few years. Led by Akiem Hicks, the Bears have boasted a unit that’s generated consistent pressure, collapsed pockets, and blown up plays before they even develop. Depth has been a theme for the Bears over the last few years as well. Behind Hicks, the Bears have found solid rotational players like Roy Robertson-Harris, Mario Edwards Jr., and Brent Urban. Solid contributors like Eddie Goldman and Bilal Nichols have emerged as well.

Chicago now heads into 2021 with a new-look defensive line. Hicks will be 32 years old in November and Goldman is set to return but opted out last season due to the COVID-19 pandemic. Nichols logged 16 starts last season, racking up five sacks, 40 tackles, and seven tackles for loss. Mario Edwards Jr. emerged as a pleasant surprise last season with four sacks and six quarterback hits.

Behind Hicks, Goldman, Nichols, and Edwards Jr. are players who have never taken a snap for the Bears. Angelo Blackson was signed in free agency. Thomas Schaffer, LaCale London, Daniel Archibong, and Khyiris Tonga are all undrafted free agents. With the departures of Robertson-Harris and Urban this offseason, Chicago lost depth.

The challenge Chicago faces is getting the most out of a positional group that’s getting older but also has some unknown commodities. Hicks, Goldman, and Nichols will form a formidable trio but when it’s time to step up, what will Blackson, Edwards Jr., London, Archibong, and the rest of the group do?

“My mentality here is just to come in and work and to compete,” Tonga said via the Bears official Youtube channel. “I think we’ve been doing that the past couple of days. Just showing speed, elusiveness, being able to be quick on my feet.”

Depth will be tested throughout the season for the Bears. If a key contributor like Hicks or Goldman goes down, the Bears need to be confident that players like Tonga and Blackson can compensate enough. The Bears are simply hoping that an aging defensive line does just enough to allow the rest of the defense to flourish.