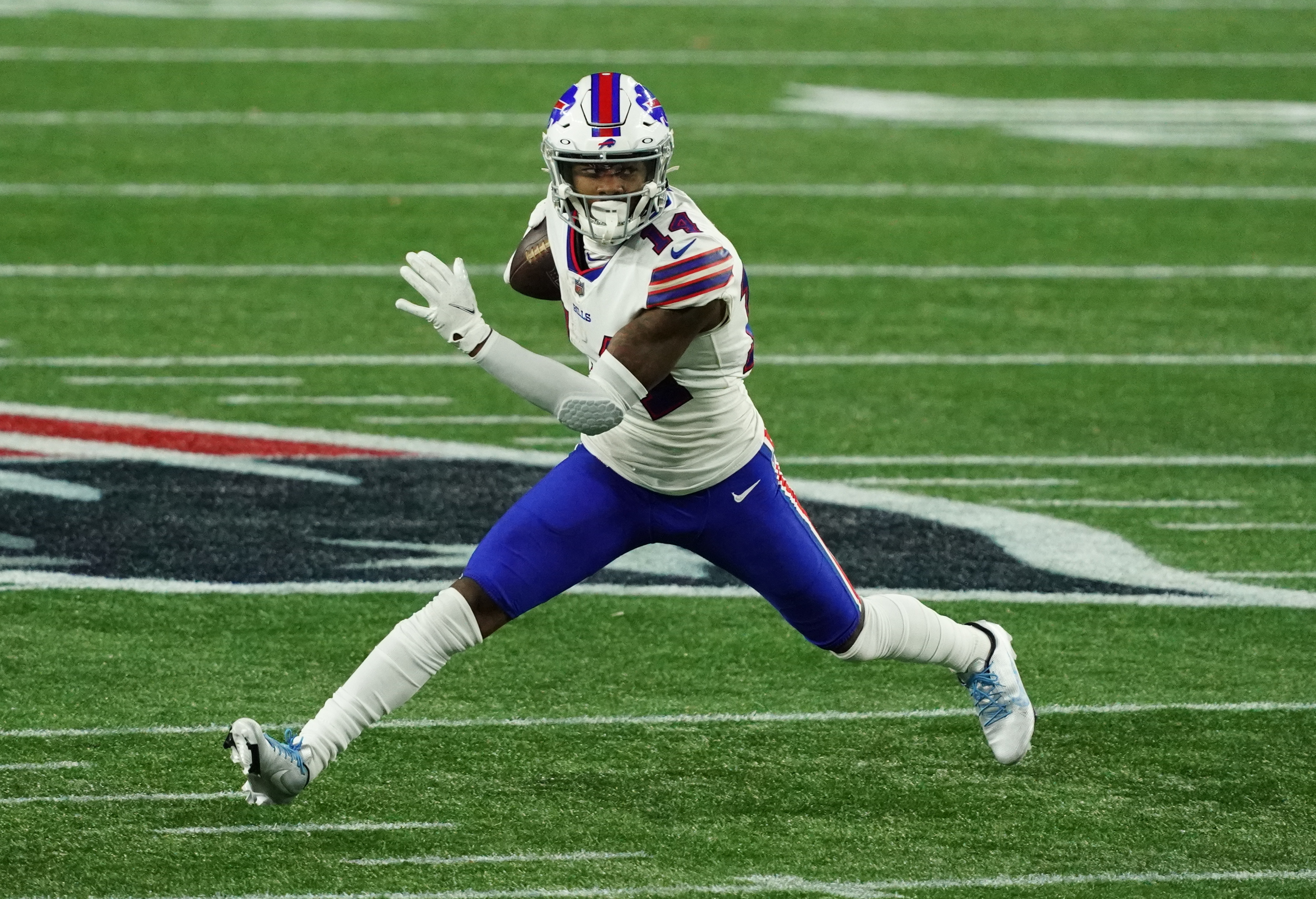 The 2020 Buffalo Bills have erased yet another dubious streak in this game-changing season.

No Bills receiver had won the AFC Offensive Player of the Week since Andre Reed torched the Green Bay Packers for 191 yards in a November 1994 tilt. Stefon Diggs has ended the drought, earning the honors with a 145-yard performance that yielded three touchdowns on Monday night in New England. Diggs’ performance was a major catalyst in the Bills’ 38-9 victory over New England and clinched their first sweep of the Patriots since 1999.

Situated against New England’s shutdown corner J.C. Jackson, Diggs helped the Bills build an early lead that they would never relinquish. He and Jackson exchanged words all night, but even the defender had kind words for Diggs after their battle.

The acquisition of Diggs will likely go down as one of the most important decisions of general manager Brandon Beane’s tenure. Some felt that Beane sent over far too many draft picks (four) in the deal that made Diggs a Bill, which included a first-round choice that became Justin Jefferson. However, Diggs has proven to be well worth the endeavor, currently leading the NFL with 1,459 yards on 120 receptions, which both stand as Buffalo records. The Bills (12-3) have also earned their best win total since 1993 and their first AFC East title since 1995.

Diggs joins his quarterback, Josh Allen, as AFC offensive honorees throughout the course of the 2020 season. Allen has won four this season and six total in his career, trailing only Jim Kelly (10) for most won in a Bills uniform.

The Bills will end their regular season on Sunday afternoon against the aforementioned Miami Dolphins in Orchard Park (1 p.m. ET, CBS).