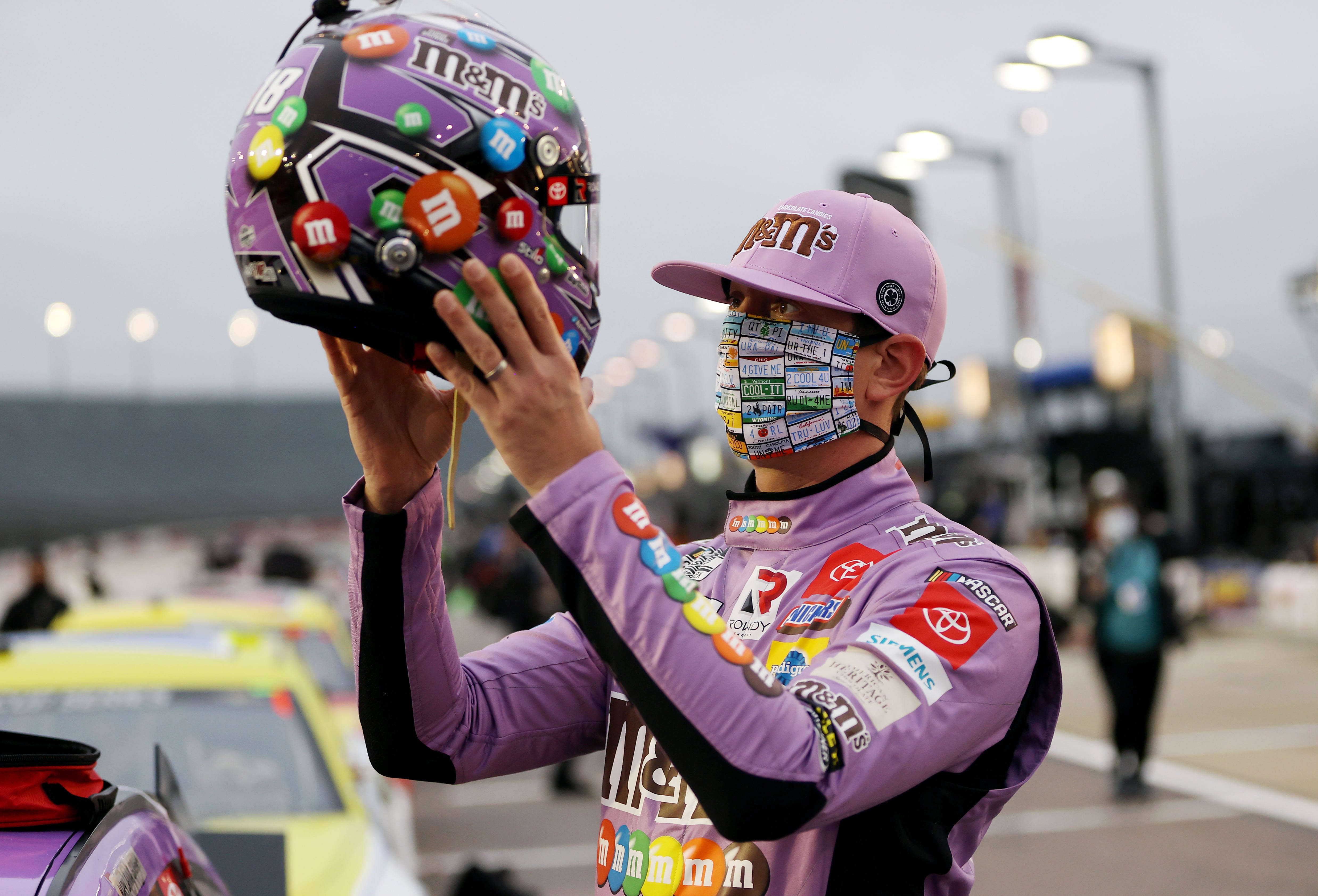 Kyle Busch has shocked a lot of people in the past few weeks. Not because of success but because of lack thereof. Busch is coming off a championship season and is experiencing a bit of a slump.

Although Busch is a savvy vet, who is believed to be capable of taking any machine to the front of the pack, Busch has admittedly though, had trouble transitioning to the new normal in racing. He’s been quoted as saying things have been challenging for the 18 team to make adjustments without practice. He also said it’s been difficult for him and crew chief Adam Stevens to get on the same page with the car with short times to adjust. So, with the setup of this weekend, he could break his winless streak tomorrow.

Saturday Was Practice for Busch

Saturday offered an opportunity for Busch after falling behind the pack. When it seemed like Busch didn’t have a chance to win, it seemed more like he was running practice laps to qualify for Sunday. Despite that, he still finished 5th and had speed all day. Just like he’s had speed all season. By running laps on Saturday, he enters Sunday with the same car and a chance to make modifications overnight if need be. He talked about the similarities in a media release quoted on Yahoo Sports as Busch stated,

“‘The first race, there’s only going to be the Truck Series rubber, it’s only 60 laps, so there’s just going to be a little rubber down. Then, we’re going to put a lot of rubber down with our race. Then you’ll have the Xfinity race the next day, and then you’ll have our (second) race. Over the course of all those miles, I think the main similarities between the two days is going to be just that – they’re a day apart rather than a month apart. There’s a difference between the Pocono racetrack when it’s a month apart, but when it’s day one to day two, there are going to be big differences in day one to day two, so you have to take a lot of different things into account.’”

The quick transition is something better suited for a veteran. Busch and the team gained some experience on the track and can gain experience from the races before him. If Busch and Stevens can modify the car to play off the success they had today, the 18 team could be en route for a big day.