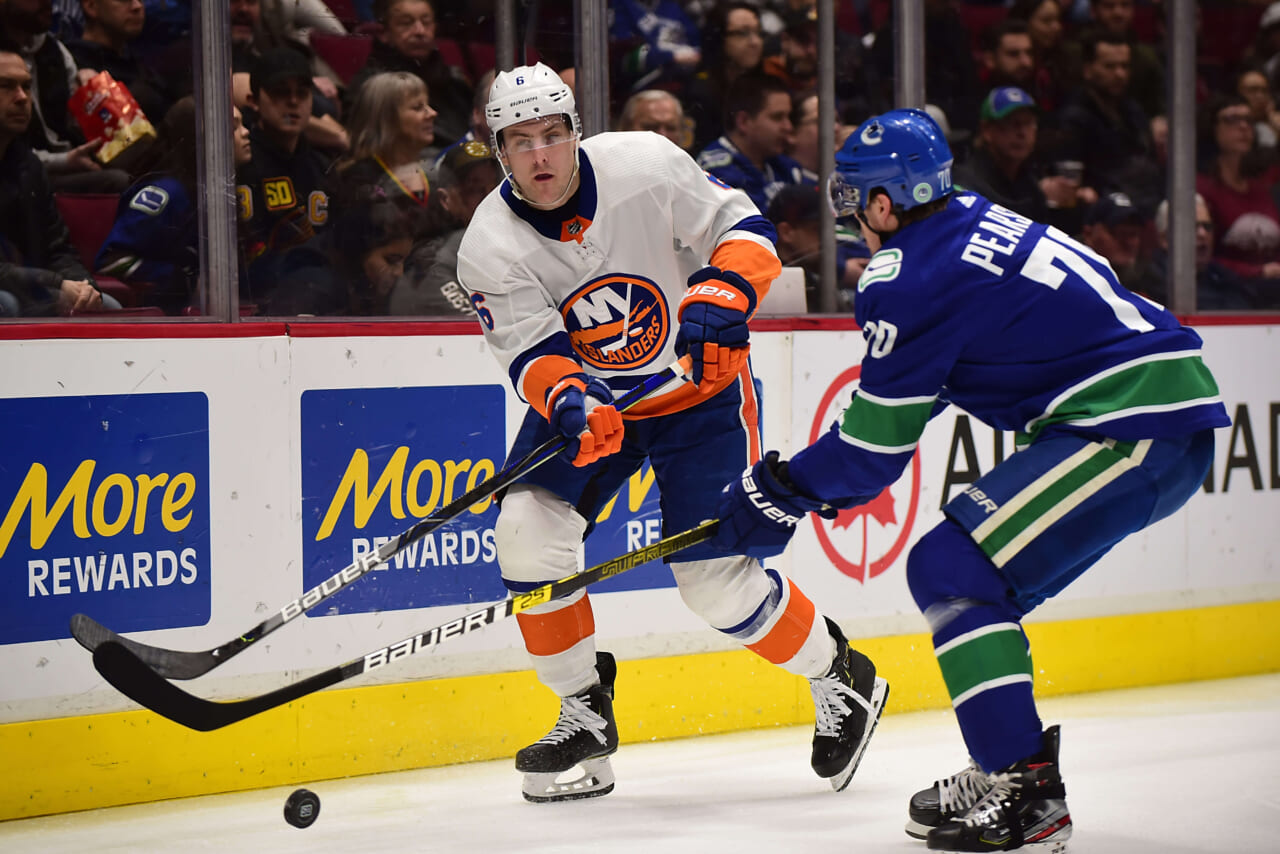 Today, we will continue the team awards for the New York Islanders. The award in question is the Norris Trophy. The Norris Trophy is given out annually to the best defender in the league. This award takes points, steals, blocks, and many more stats into account. Only one Islander will win this award, and two will just have missed out on being the best defender for the Islanders. Without further introduction, let’s see who the Islanders’ best defenseman of the 2019-2020 season was.

The reason Adam Pelech doesn’t win this award is because Ryan Pulock plays offense. Pulock has a booming slapshot that can be as fast as 107mph. Pulock is the most complete defenseman on the Islanders and about a season or two away from Norris Trophy contention. Ryan Pulock has great stick skills, a great shot aforementioned, and a good presence. There are only two things he needs to work on: using his body more and becoming more accurate.

Shoutout to the #pelechposse on this one. Adam Pelech is the best defensive defenseman on the Islanders and possibly the metropolitan. Pelech has his signature poke and pinch. I believe Adam Pelech will be a top defenseman in the league very soon. He needs to get older and more experienced before that leap happens, though. The team went into the dumpster without Pelech, and it became dangerous again when Pelech came back.

That’s a surprise name, isn’t it? Yes, 35-year-old Johnny Boychuk makes my top 3 in the Islanders’ Norris Trophy award. Boychuk will put his life on the line if it means his team can win. Boychuk is as tough as they come. And I absolutely love Boychuk’s play. He’s still got it even at 35.