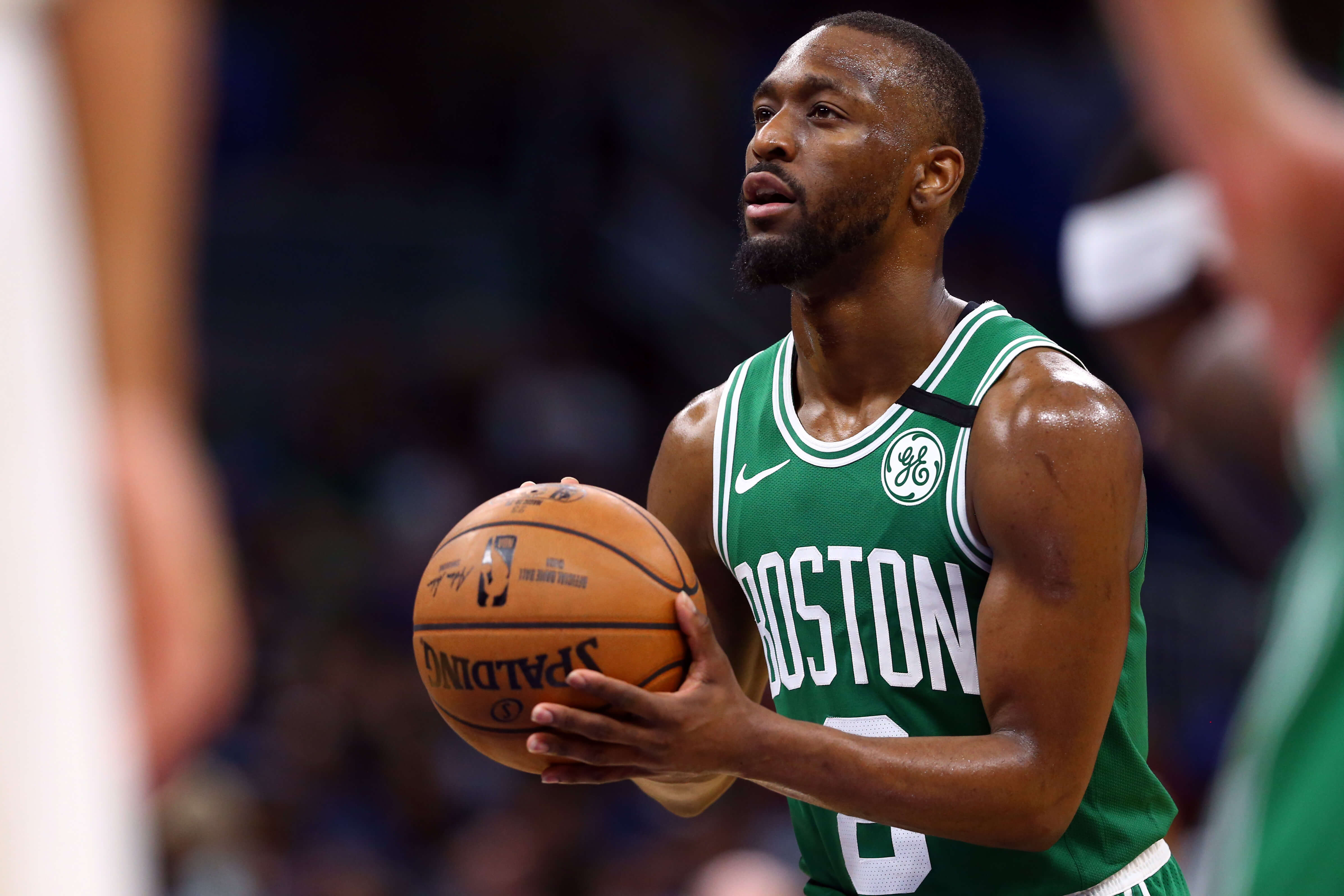 This offseason, the Knicks went out and signed 4-time All-Star Kemba Walker, and you’d be hard-pressed to find someone who was against this move. Getting such a high-volume scorer for just $9 million per year couldn’t possibly go wrong, right? In hindsight, yes. However, as the starting point guard the Knicks so desperately needed, there is added pressure for Walker to perform well. Coupled in with his recurring knee issues, and there’s real concern that Walker could hamper the play of the hard-nosed Knicks.

Will His Knee Continue to Affect Him?

Despite being the lowest-risk signing the Knicks made all offseason, Kemba Walker has the most boom or bust potential on the roster. The reason for this is due to the fact that no one truly knows how Walker’s knee will continue to hold up. According to him, there’s little reason to worry, as he has continued to downplay the seriousness of his injury:

“I was feeling pretty good. I just had a little hiccup in the playoffs, which sucked obviously. Nobody likes to be injured, especially at that moment. But I felt pretty good all year, to be honest.”

If his two seasons in Boston are any indication as to how the knee will impact him in New York, we could reasonably see more regression in the 31-year-old’s play. In these past two years, he saw consecutive decreases in his FG % and points per game, the latter by over 5 points from 2018-19 to 2019-20. With the Celtics, his injury problems effectively relegated him from the status of a bonafide star to simply an offensive threat. This, combined with the large contract Walker had, lowered his value so much that the Celtics needed to additionally send a first and second-rounder to Oklahoma City to offload him.

Now, no one’s saying that the Knicks need Walker to return to his Charlotte form to be successful. However, if they plan on making a deep playoff run in a much-improved Eastern Conference, he will need to be more efficient than he ever was on the Celtics. He won’t have to go out and score 20+ every night, but he will have to covert a higher percentage of his shots.

Will the Knicks’ Depth Help Kemba?

There is one big difference between Walker’s situation last season and the one he finds himself in now. The Celtics lacked depth, whereas the Knicks may be one of the deepest teams in the league. Boston relied heavily on their stars and didn’t have many spark plugs that could pick up the scoring load. New York, on the other hand, could potentially have multiple 10+ PPG scorers off the bench. There’s certainly hope that this could lead to a much more productive season from Walker with having to shoulder less of the scoring than he ever has.

It’s still without saying that Kemba will be the key piece to this Knicks team. They wanted their replacement for the disastrous Elfrid Payton era, and they got it for a very low price. Last year’s team had it all besides consistent scoring outside of Julius Randle. Now, with the additions of Walker and Evan Fournier, they finally have enough players who can create their own offense. Depending on how each player fits in with this team, this team can be really good.

How Good Can the Knicks Be?

If Kemba is able to somehow return to what he was before his injury, this could be the best Knicks team we’ve seen since the 1990s. Yes, even better than the 2012-13 team. A healthy Kemba along with RJ Barrett, Fournier, Randle, and Mitchell Robinson backed by a solid bench could lead to the franchise’s first 2nd round appearance since that aforementioned Carmelo Anthony-led squad.

The possibilities are boundless, and the expectations are high but not too high, so this season could turn out to be another very fun one for the New York Knicks.

Despite what happens this season, the Knicks aren’t risking much by putting all this trust in Walker. The positive behind all of this is that no matter what happens, the Knicks are not bound to him long-term. He’s only under contract for 2 years and a reasonable amount of money. If this doesn’t work out, the future of the team will still be perfectly intact. This is certainly something to be relieved about going forward if you’re a Knicks fan.