NHL: An explanation of why the Tampa Bay Lightning voted no on NHLPA vote 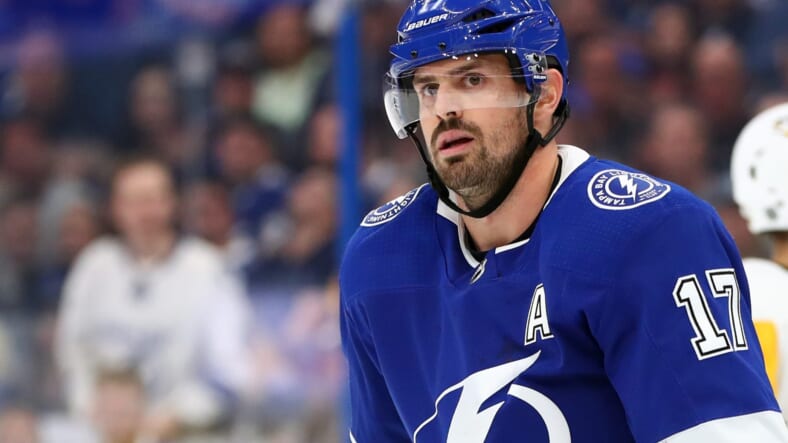 â€œEveryone on our team wants to play,â€ he said to Joe Smith of theAthletic.com.

The Tampa Bay Lightning were one of two teams (Carolina was the other) to say no in a vote the NHLPA had to authorize the continuation of discussions for the NHL’s return to play proposal. In a 29-2 decision the players association overwhelmingly decided it was important to get back on the ice and award a Stanely Cup.

Kilorn explained why his club voted no. The decision was a team effort after the Lightning representative provided all the key elements of the proposal to the teammates.

â€œThis was not my opinion alone. As the PA rep I have a duty to represent the voice of my entire team. I donâ€™t want people to think that we donâ€™t want to play. Everyone on our team wants to play. In saying that, we are fine with the vote the PA took and we are ready with it going forward.â€

The Lightning knows first hand what it is like to end the regular season playing meaningless games and then facing a team that was playing hard in the first round of the playoffs.

Last season, Tampa Bay won 62 games in the regular season and clinched a playoff spot and the President’s Trophy early on. The remainder of their season had no value, they lost their edge and focus as the playoffs began. The lightning was swept by the Columbus Blue Jackets. Â A bitter taste the club has yet to forget.

The return to play proposal has the top four teams in each division would get a bye. The NHL has suggested these teams would play games that have no real competition value while the bottom four teams in each division jump right into playoff-mode. Tampa Bay thinks the play-in teams would have an advantage once those clubs advance to the next round.

Of course there were other issues that caused the lightning players to vote no. Players will be away from their families approximately two months, tough on the younger dads on the team. This is a problem that will occur all round this unusual way of completing the season.

Yet at the end of the day, the Lightning players are committed to doing whatever it takes to win the Stanley Cup.

“You donâ€™t know how many chances youâ€™re going to get at winning this (Stanley Cup).”

Every team will have it’s challenging once the NHL resumes. There are so many more things to resolve before the league can startup. Tampa Bay and the other 24 teams participating in the 2019-’20 playoffs will be looking forward to winning the Cup when the time comes.