MetLife Stadium set to welcome back limited fans on March 1 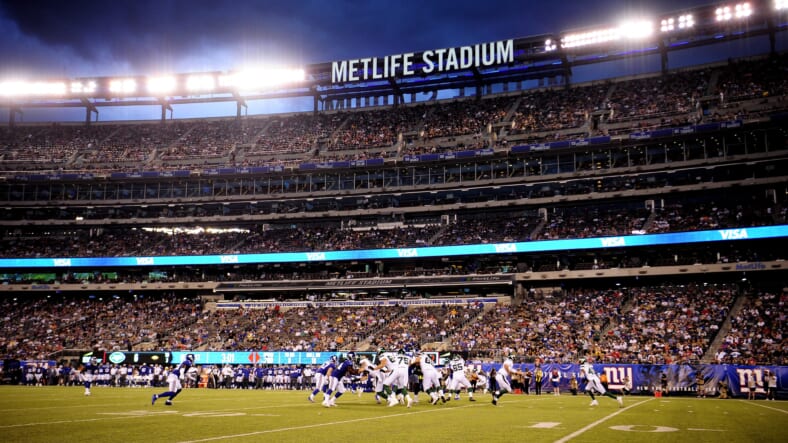 Governor Phil Murphy announced on Monday that fans will be welcomed back to football games and concerts at MetLife Stadium starting March 1.

With the NFL’s free agency period set to get underway soon, the New York Jets and New York Giants may have earned some big pickups before the players start to move.

New Jersey Governor Phil Murphy announced on Monday that relaxed COVID-19 restrictions will allow MetLife Stadium in East Rutherford to welcome in fans at 15 percent of its capacity starting March 1. With a listed capacity of 82,500, this would bring in 12,375 fans to the stadium.

Murphy made the announcement on WFAN’s “Moose and Maggie” program, also announcing that indoor venues could welcome fans at a 10 percent capacity, which would open Newark’s Prudential Center to just 2,000 fans of the New Jersey Devils and Seton Hall Pirates men’s basketball team.

Though social distancing and face coverings would still be required, pre-admission COVID screenings would not, in contrast to a similar order from New York Governor Andrew Cuomo to reopen his state’s venues.

“As the months go on, we are hopeful that the data will continue to be positive and the number of people allowed into MetLife Stadium will steadily increase. The health and safety of our fans, players, staff, and those in our communities remain our top priority and we will continue to follow the guidance of Governor Murphy and state health officials.”

“We missed seeing our loyal fans at stadium events this past year and are excited to welcome them back in 2021.”

The last sporting event held at the stadium came last February when the New York Guardians hosted the Los Angeles Wildcats for an XFL tilt. NFL schedules for 2021 have yet to be released, but the Jets’ home slate will feature a visit from the defending Super Bowl champion Tampa Bay Buccaneers. Giants fans will no doubt await the Philadelphia Eagles’ annual visit after their Week 17 passiveness played a role in costing Big Blue a playoff spot.

As for the indoor venues, the first Devils game that would welcome fans would be a March 2 visit from the New York Islanders. Seton Hall has only one March home game on its schedule and that March 3 matchup against Connecticut would mark the team’s Senior Day festivities. Meanwhile, in Piscataway, Rutgers women’s basketball has a March home game schedule for March 5 or 6 against Ohio State, but the school has shown no signs of deviating from current Big Ten policies that allow a maximum of four family members to attend games in person.