Jordan Sullen “Writes” the Wrong in Society with Amazing Books 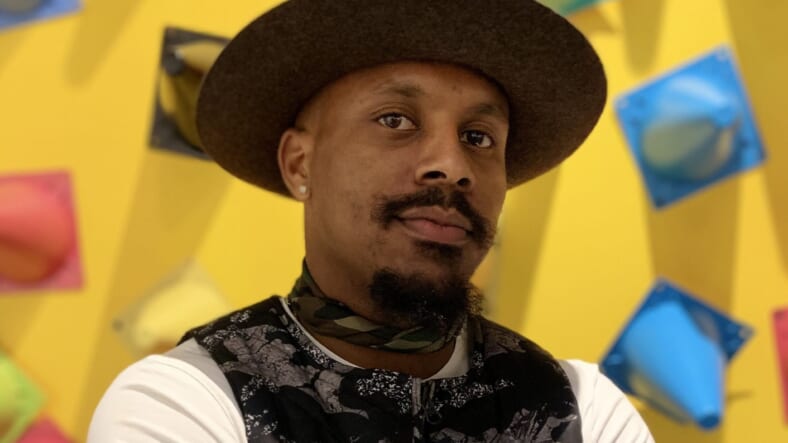 A love of reading is something every parent should foster in their children.Â  For NFL defensive back Jordan Sullen, he is making it all the more possible with his children’s books.Â  Sighting, the late, great iconic childrenâ€™s author Dr. Seuss as his inspiration, these wonderful works are written in a rhyming scheme that flows so beautifully and effortlessly and make for a memorable read. Â  Sullen’s books are unlike any other as they are not only filled with fun stories but also have deeper, meaningful messages behind the well-written words.Â  He says his books aim to include lessons that havenâ€™t been taught to kids, but really should beÂ Â

Having worked endlessly with his publishing company, Sullen put great care into learning what kids truly enjoy and take to when it comes to books.Â  He says he learned a great deal of what peaks kids’ interests from titles, to an abundance of eye catching colors, to a rhyme that runs smoothly, as well as the big gap in age range of the target audiences of books.Â  His first book Mally in the Middle tells of two extraterrestrial young boys named Jasper and Mally who embark on a fun adventure when they are transported to Earth and begin to enjoy all of the fun summertime brings.Â  The book is a fantastic read that evokes a sense of whim and magic for kids who need something refreshing during these hot days.Â  Inspired by his friend’s daughter’s beautiful hairstyle, Sullen’s next release was Flower, Flower, Give Her Power which chronicles the story of little Magnolia who lives with her single father and has to deal with some mishaps which ultimately turn into a lesson well-learned.Â  With this book, Sullen details, that he aimed to eradicate the despicably, negative, racial stereotypes of young, black, fathers bring incompentent by showing a dad who unconditionally loves his daughter and dedicates his life to raising her by himself. Â  Sullen’s stories are not just interesting reads, but teach young minds that we should always give it our very best in everything that we do and that it is perfectly fine to make blunders and that we should learn from them.Â  His latest book, set to release this upcoming August, so poignantly describes the issues beleaguering our world today.Â  The book titledÂ  Numbers Donâ€™t Lie aims to show young black kids that they should be proud of who they are because they are beautiful and strong in every sense of the word, while also promoting acceptance.Â  Characters have an array of outfits, facial expressions and shades of brown so that young kids can see themselves positively depicted.Â  It is not only important, but absolutely vital for young minds to see powerful, compelling, dynamic, tenacious black figures and Sullen embodies that not only in his characters, but through himself.Â Â Â Â Â Â

Having been into art, all of his life, Sullen put it off due to his busy, stellar career as an athlete, but when he decided to embark on his next chapter, he saw fit to hone his artistic side again putting intense thought and effort into the characters and their faces.Â  Sure, he says, he could have hired an illustrator, but he figured it would cost a great load of time and money and he would not know if someone else could adequately express what he truly wanted and aimed to do.Â  The amazing illustrations, which he does all by his incredibly talented self, really capture the attention of both kids and parents.Â  They so beautifully depict the fantastic story being told and are images that promote inclusiveness that is so deplorably lacking in the media, yet so desperately needed.Â  Parents should buy these books, available on all major platforms, as they are not only highly enjoyable and entertaining, but also purposeful and worthwhile at cultivating a sense of exemplary lessons all of our children (and parents) should be gleaning and enacting in their lives.Â Â Â Â

Sullen is an absolute class act in every sense of the word.Â  When he heard about a devastating story about a youngÂ  13 year old girl Kashala Francis of Houston, Texas being so despicably, horrendously treated by her classmates, eventually losing her life, Sullen dedicated his book to her and Maleah Davis who was so deplorably murdered.Â  Sullen is the epitome of a leader and champion. Both Sullen and his wonderful wife Ariel, are a power couple-amazing role models who so consummately show young boys and girls how to use your platform to make a difference and create change.Â  Ariel is an entrepreneur who created Just Dance Studio and S2 The Brand, a clothing company that focuses on athletic wear, who shows young girls how to be powerful, strong, empowered women not just through her companies, but her actions, as she often partakes in charity and philanthropic work.Â  Sullen gives back in any way he can, whether it be donating 20 free hardback copies of Mally in the Middle to children, hosting a free session in which he discusses issues young athletesÂ  are dealing with and how to reach a true level of success not just on the field, but off of it as well, hosting a free defensive back sports clinic, actively and fervently taking part in the Black Lives Matter Protests to shed light on the injustices plaguing our society and creating such a compelling message of change and so much more, Sullen has a pure heart of gold.Â  There truly are not enough good things to say about him.Â  He is a light in this world of darkness and a true gift.Â  His name may be “Sullen”, but he spreads nothing but pure joy!Â