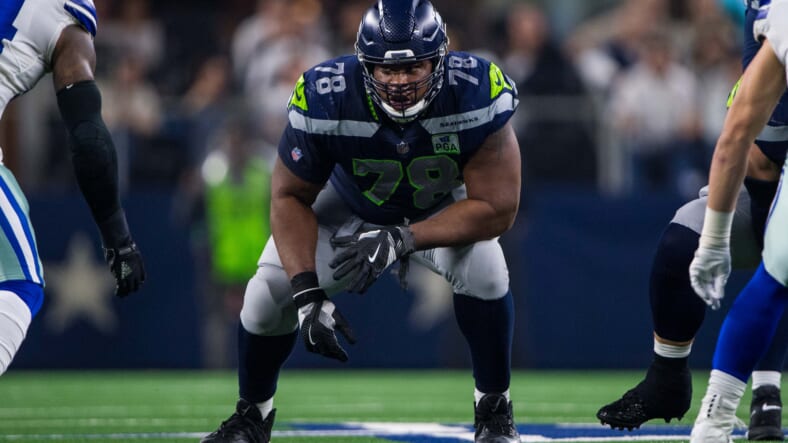 Veteran offensive linemen D.J. Fluker has found a new home in Baltimore after being released on Sunday by the Seattle Seahawks, according to Ian Rapoport. The former member of the 2013 All-Rookie team will most likely be competing for an open spot left by Marshal Yandaâ€™s retirement last season. DJ released this statement on social media after being released by Seattle. Dj kept it professional as he is one of the most respected individuals on and off the field in the NFL.

â€œI was released by the Seahawks today. Couple of things: I am not upset, or hurt. This is a business and one that Iâ€™ve been in for a while. I want to thank John and Pete for their very thoughtful calls.

â€œStay safe, be kind and I love yâ€™all.

D. J. Flukerâ€™s strength and power could be a great fit in Baltimore as they like to run the ball. He will tire out the defensive linemen with his relentless ability, size, and power. It will be a major hole to fill as Marshal Yanda has been a major contributor to the Baltimore offensive line for the last 13 years.

This opens a door and creates an opportunity for Seattle as they are in the market for an edge rusher. This is a glaring need for this team as they had the second least amount of sacks in the regular season last year. This is clearly a big concern and a need they should fulfill as they drafted two edge rushers in the 2020 NFL draft. It is seeming more possible that they may try and re-sign Jadevon Clowney. Additionally, targeting 25-year-old Yannick Ngakoue who has made it very clear he has zero intention of playing for Jacksonville next season.