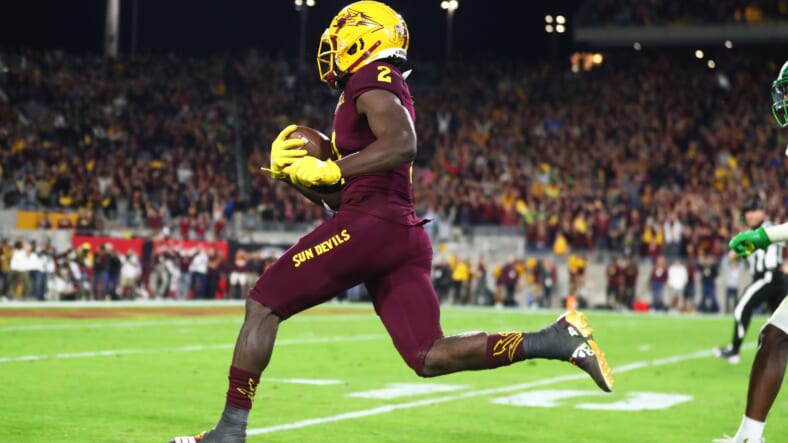 John Lynch told NBC Sports Mike Trico on Tuesdays “Lunch Talk Live” that the 49ers originally never had any interest in moving up in the draft. At first, they wanted to accumulate picks and move back in the draft but all of that changed when the Eagles selected Former TCU wide receiver, Jalen Reagor, with the 21st pick.

Once the Eagles selected Jalen Reagor, the 49er’s felt they had a very realistic chance of drafting Brandon Aiyuk if they were able to trade up. The Niners had Aiyuk and former Oklahoma Star WR Ceedee Lamb as their two highest receivers on the board according to Coach Kyle Shanahan. John Lynch said he would have selected Aiyuk at 13 if Kinlaw was not available.

It makes sense that they had Brandon Aiyuk so high on their board as he is very dangerous after making the catch. These players tend to thrive in Coach Shanahan’s offense as he likes to get players into open space to make plays. The 49ers utilize a zone-running game forcing more players into the box for the opposing defense. They used this to their advantage as it helps to get their receivers into favorable matchups.

The 49ers had a conservative mindset coming into the draft. Once they saw an opportunity to grab a 1st round talent in the 2nd round, they knew they had to hop on the phones and make it happen.